For this Ravel concert, the New York Philharmonic and Music Director Lorin Maazel journeyed a half-mile or so downtown from their usual Avery Fisher Hall haunts to Carnegie Hall. Although this was by no means the Philharmonic’s first return to its former home, it was a nostalgic occasion for this reviewer, who often heard the Philharmonic perform at Carnegie Hall in the late 1950s (a few years before it moved to Lincoln Center in 1962), when the orchestra was making the transition from the directorship of Dimitri Mitropoulos to that of Leonard Bernstein. When they and such guest conductors as Sir John Barbirolli, Ernest Ansermet, Hans Rosbaud and André Cluytens led the orchestra, I would sit in the last row of the balcony, awash in glorious sound. Memories of those youthful experiences flooded back as Ravel’s sumptuous music resonated through the acoustically marvellous Stern Auditorium.

The programme consisted of two of Ravel’s most extended works, “L’enfant et les sortilèges”, one of his two one-act operas (the other being “L’heure espagnole”), and the complete ballet score of Daphnis et Chloé. Although both works (and especially the latter) have enjoyed considerable success as concert pieces, each was meant to be a staged work with a specific story in which dance plays an essential, even dominant, part. Daphnis was commissioned by Sergei Diaghilev’s Ballets Russes, choreographed by Michel Fokine, and first staged in Paris in 1912. And when the opera was premiered in 1925 at the Théâtre de Monte Carlo, dance sequences choreographed by the young George Balanchine helped to bring Colette’s story to life. Inevitably, a concert presentation of these works will be missing an important dimension – although this was somewhat ameliorated in the opera, where the singers’ words (a French-English libretto was provided) and gestures helped to tell the story.

Lorin Maazel has long championed “L’enfant et les sortilèges”, having made what is generally regarded as the classic recording of it in 1960 with Orchestre National de L’ORTF. He most recently programmed it in a 2006 New York Philharmonic performance with guest artists almost identical to those appearing in this concert; only Celena Shafer and Kate Lindsey were not in that earlier cast. 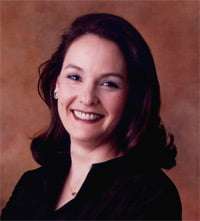 In “L’enfant et les sortilèges”, a mischievous boy (sung affectingly by mezzo-soprano Suzanne Mentzer) is sent to his room to do his homework but instead sets about defacing and destroying his room and its contents, including his books. Whilst he sleeps, the furniture, china, figures from the wallpaper, and fire from the hearth, come to life and attack him to avenge his abusive conduct. From his torn-up books come an enchanted princess imperilled by his misbehaviour, and a little old man, accompanied by a children’s chorus of numbers, who torment the child with nonsensical maths problems. “My God, it’s Arithmetic!” the boy exclaims.

A cats’ duet and a frogs’ chorus led to the second scene in the garden, where the trees and animals, all of which have been ill-treated by the child, attack him in retribution for his acts of cruelty. It is only when the attackers inadvertently injure the squirrel and the boy binds up its wound that the animals relent, joining him in calling out to his mother as the opera ends.

All of the singers were excellent, with each of them (apart from Mentzer as the child) playing multiple roles. Standouts among them were coloratura soprano Celena Shafer, whose vocal pyrotechnics brought the fire, nightingale and princess to life, and tenor Philippe Castagner, who gave delightful interpretations of the Wedgwood teapot’s jazzy broken English, the old man’s arithmetical patter, and the tree frog’s fly-catching exclamations of “Ploc!”. 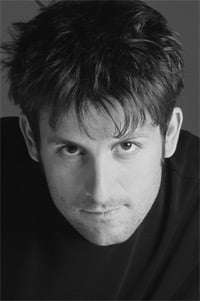 Also noteworthy were mezzo-soprano Kate Lindsey and baritone Ian Greenlaw for their singing – and comedic acting – in the cats’ duet. Lindsey also sang the role of the squirrel and Greenlaw that of the grandfather clock. Bass Kevin Deas, the armchair in the first scene, later became the tree, with his arm extended upward as he loomed over the naughty child. Mezzo-soprano Kelley O’Connor and soprano Jessica Jones each sang four roles. O’Connor was the mother, Chinese teacup, dragonfly and shepherd, and Jones was the Bergère chair, shepherdess, bat and owl. Choristers from New York Choral Artists, the Westminster Symphonic Choir, and the Brooklyn Youth Chorus ably portrayed pieces of furniture, shepherds and shepherdesses, numbers, frogs, trees, and animals.

Ravel’s famed talent at orchestration is very much in evidence in this witty score, which calls upon a large orchestra to produce a wide range of sounds, some of which are rather unusual, such as having the string players strum their instruments and using a prepared piano to produce a honky-tonk sound to accompany the ragtime duet of the teapot and teacup. Other orchestral highlights included woodwind solos accompanying the child’s encounter with the princess, a fine double bass solo by principal Eugene Levinson following the Arithmetic sequence, and the dance of the frogs in the second scene, which had the character of a somewhat jazzy Viennese waltz.

Maazel’s deep empathy for the score shone through from the tonally ambiguous introductory passage representing the child’s ennui to the gentle ending that reflected the reconciliation of the child and his attackers. Maazel had his hands full keeping the performers together, particularly in the Arithmetic section, with tenor Castagner, the children’s chorus, the honky-tonk piano, and the orchestra all going at breakneck speed, but he kept everything running smoothly.

Maazel continued to demonstrate his empathetic connection with Ravel’s music in a rhapsodic performance of Daphnis et Chloé. Because Ravel gave this work an overarching symphonic structure that builds on motifs introduced early in the score, a performance of the complete work allows for an appreciation of the development of the themes heard in the ballet’s later scenes that cannot be realised in either of the frequently performed two suites.

Maazel evoked superior performances from the Philharmonic’s musicians and the superb Westminster Symphonic Choir. Among the many excellent orchestra principals were concertmaster Glenn Dicterow, Robert Langevin (flute), Philip Myers (horn) and Joseph Alessi (trombone). Thomas Stacy was superb in cor anglais solos marking the entrance of the pirates who abduct Chloé and later accompanying Chloé’s dance of supplication. Although wordless, the choir was vital in establishing the varied moods of the score, responding with nuances of expression to Maazel’s direction.

In the introductory section, soft choral intonations evoked a meadow in the ballet’s mythical realm, and the strings, winds and horns joined to create a luxuriant texture that recurred throughout the work. Harp glissandos and horn and violin solos marked the entrance of Daphnis and Chloé, and competing dances by the graceful Daphnis and his grotesque rival, the cowherd Dorcon, differed aptly in rhythm and timbre. In the second scene, an excitingly rhythmic passage depicted the camp of the pirates who abducted Chloé. Following the shattering climax of their war dance, Chloé, unable to escape, was forced to dance in supplication to the pirates, but as the music’s tempo suddenly slowed she was saved by the intervention of the god Pan.

Maazel and the ensemble played Ravel’s depiction of a birdsong-accompanied sunrise that began the ballet’s third scene rapturously, and the lovers’ pantomime of the story of Pan and Syrinx with delicacy as Langevin gently intoned the melancholy air by which Pan’s flute attracted the nymph Syrinx. A slow, rapturous melody in the strings and a violin solo celebrated Daphnis’s pledge of his love to Chloé, and the final bacchanal brought the work, and the concert, to an exciting climax.