First, a quick swipe at the absurdity of re-branding. Is it really adding to the sum total of human knowledge that concerts should be billed as taking place at “Southbank Centre’s Royal Festival Hall”? Isn’t it our Festival Hall too? And, anyway, what is wrong with plain “Royal Festival Hall”? All part of a ridiculous drift towards the infantilisation of language by the addition of meaningless words when a simple phrase will suffice.

Nevertheless, this was a thoroughly distinguished concert, confirming (if needed) the rightness of the London Philharmonic’s choice of Vladimir Jurowski as its Principal Conductor. Beecham founded the LPO in 1932; then, a combination of panache and finesse was the orchestra’s defining characteristic. Both qualities were abundantly in evidence at this Jurowski concert, the first of three to feature music by Mark-Anthony Turnage.

Evening Songs is a set of three orchestral pieces that were not conceived as an entity. The first two, ‘Almost Dreaming’ and ‘In the Half Light’, are expanded versions of piano pieces dedicated to his two sons. The third, ‘Still Sleeping’, is derived from the ‘Epilogue’ from Turnage’s chamber-opera “The Country of the Blind” (1997). As the titles indicate, these pieces inhabit a Proustian world halfway between sleep and wakefulness, a world of things half-remembered where dreams, nightmares and reality criss-cross. ‘In the Half Light’, with its bells and low brass, is of eerie menace, whilst ‘Still Sleeping’, evoking distant clocks chiming and flutes and trumpet heard as through a fine net gauze, is also far from a comfortable listen. Perhaps, like Stanley Kubrick’s final movie, the work’s title should be ‘Eyes Wide Shut’. It received a committed precisely calibrated performance. 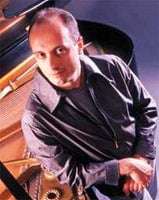 Benedetto Lupo is hardly a household name – but he certainly deserves to be. This was one of the best, most stylish and – above all – most characterful performances of Ravel’s G major Piano Concerto one could hope to hear. Lupo’s treatment of it was as a concertante work rather than as a ‘conventional’ concerto, the LPO and Jurowski fully collaborative. With orchestral dynamics firmly held in check, Lupo – crisp and using minimal pedal – teased out much seldom-heard detail. The Adagio was hypnotically sustained with some deliciously ‘cool’ woodwind playing, and the final Presto combined slapstick and discernment in equal measure.

When the Royal Festival Hall re-opened, Jurowski and the LPO gave a performance of Prokofiev 5 that was commanding but came across with an uncomfortable glare to the sound. This current account was at once wonderfully stylish and also mastered the hall’s acoustics, which remain uncomfortably alive with every sweet-wrapper rustle clearly audible – but, by careful balancing and playing well within their maximum, Jurowski and his orchestra gave a performance which, even in the most heavily scored passages, never sounded less than beautiful.

Given the less-than-ideal conditions under which London orchestras operate, I never expected to hear a Prokofiev symphony given with this degree of sophistication. The LPO’s string sound is now lustrous and full of a teeming inner life (the violas very first entry was perfectly poised and the cello’s vibrant accompaniment to the flute’s second subject wonderfully present in the texture). Jurowski paced the music perfectly, finding its many lacunae of stillness as well as its big moments. The scherzo was appropriately acerbic and, by contrast, the slow movement achieved its fullest potential precisely because of restraint. Jurowski, controlled yet with a fiery precision, is able to shape the larger picture, a perfect combination of head and heart, the key qualities required of a real symphonic conductor.