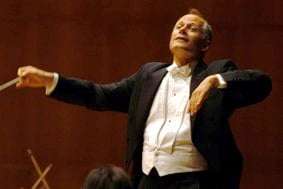 Once a high-profile violinist and concertmaster of various orchestras, as well, at one time, Sandor Végh’s assistant, Ola Rudner has conducted most of the major orchestras of Australia and Scandinavia. He is an energetic and dedicated conductor, visibly demanding a lot from an orchestra. Despite the worst efforts of Pekka Kuusisto in the Mendelssohn concerto, Rudner succeeded in carving a distinctive and creative path through this music. It was an interesting combination of composers: Mendelssohn conducted the belated and posthumous first performance of Schubert’s ‘Great C major’ Symphony.

Mendelssohn wrote incidental music for “A Midsummer Night’s Dream” in two stages, some years apart; the Overture is an adolescent wonder, written at the age of seventeen, at around the same time as the Octet for Strings. The mood conjured by the Overture here was very evocative: one could have been amongst the fairies at the opening, such was the delicacy – surprising, really, given the conductor’s manifest determination; he seems to want to control everything. Other sections of the work were sufficiently majestic but the woodwinds were too subdued throughout, with stings and, especially, trumpets, eager to sound themselves out. Able to pare the mixture of feelings the piece evokes, there was a truly aching quality when the ‘main theme’ returns at the end. 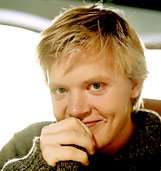 The biography of Pekka Kuusisto includes the following statement: “Playing … classical music has given me the relationship I have with my violin. It has taught me that a fiddle is not something to control… and the folk musicians I admire most would agree. They couldn’t play the Sibelius Concerto to save their lives, but they are some of the happiest musicians I know.” It is important to repeat that quotation to be able to grasp the travesty of Kuusisto’s performance. To play Mendelssohn’s concerto in such a fast and loose way, as Kuusisto did, robs it of its heart and soul. The major crimes were committed in the first movement, where tempo markings were disregarded and notes were stretched and distorted at will. He was trying to be clever with familiar music. There was a lack of concentration in the cadenza, with plenty of corrupt bowing and the entry of the orchestra was too sudden, not the sublime melting that it ought to be. Throughout the orchestra did its best, but the soloist insisted on his own quirks: grotesque phrasing and seemingly more interested in his own stage antics, which only displayed a lack of concentration with the music. Violin and orchestra did not gel in this movement. After just one ‘curtain call’, there was a J. S. Bach encore (because he was “Mendelssohn’s favourite composer”), equally as mannered as the concerto.

It was disappointing that Rudner did not opt for antiphonal violins. In Schubert’s symphony, this resulted in the delicate interplay, the countering of the violins’ lines, especially in the rushing finale, being lost. (Somehow Riccardo Muti, with his superb musicianship, can craft this symphony without split fiddles, so it is not always a pre-requisite.) However, the performance was enjoyable and convincing in its own way, with thrilling and staring-into-the-abyss episodes that resulted from Rudner’s dynamism. The opening movement (repeat observed) was set at a stately pace and the orchestra sounded positive, not dreary as in the Mendelssohn. The opening pace made perfect sense when the ‘main’ Allegro appeared. The subtlety of the trombones was just right and the beating heart that is the strings in the second movement was spot-on; the return of the opening theme was haunting. The scherzo and trio had life and vigour but the finale was too loud in places if generating significant momentum to complete a reading of the work that revealed an operatic quality to the music.