The six movements of Mahler’s Third Symphony, usually taking 100 or so minutes to perform, are sufficiently rich and diverting in melodic and dramatic content, and musical imagery, to justify being the only work on the program. And so it was in this generally satisfying though flawed performance led by Valery Gergiev. To succeed with such a mammoth work it is necessary to project the overall conception of the piece. As Mahler’s various program notices and titles suggest, the movements were originally conceived to represent inanimate nature and its awakening and revivification to animate life, through flowers, animals, humankind and angels, ending with the Love of God. Although Mahler discarded both the titles for each movement and his annotations to avoid any impression that he intended to paint musical pictures, there is little doubt that he wanted to convey his philosophical conception of Nature’s progression from lifeless existence to divine Being. Although a glimmer of this came through, more practical considerations seemed to control this performance.

From the opening horn-call through to the rushed conclusion, Gergiev pressed the tempo forward as if to reach the end as soon as possible. In the first movement’s opening section, characterization of the dark side of inanimate Nature with gruesome woodwind wails, screeching trumpets and lurid double bass runs, should make the listener shiver. But mild treatment of such grotesqueries had no such effect. When “Pan Awakes” and his march-theme gradually asserts itself, the tempo became increasingly faster with each repetition. Even the warm, gentle lyricism of the ‘flowers’ movement, taken by Gergiev at a leisurely pace at first, soon became so hurried that the music lost its enchantment. An animated tempo for the ‘animals’ movement that followed can be justified, but not if it generates mechanical playing that robs the music of its light-heartedness and care-free frivolity.

At times, one sensed a cautiousness in the orchestral playing that may have justified Gergiev’s get-on-with-it concerns. But what should seem spontaneous was forced. Although the violinists gave all they had, when it came to the passages that require a full-bodied, vibrant tone, particularly in the outer movements, they sounded weak, possibly more concerned about technical perfection than volume. The cellos and basses, on the other hand, performed admirably. The brass players, though asserting themselves with formidable power, had frequent muffed entrances and fudged tattoos with occasional ragged articulation undercut their otherwise-stentorian playing. Dudley Bright’s treatment of the trombone solos in the first movement sounded too introverted for what Mahler described as the “Pronouncement of the Voice of Death”. The woodwinds were impressive for the most part – bright coloration and snappy expression lent a perky quality to the opening theme of the ‘animals’ movement. 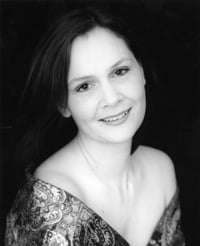 The most serious flaws in the performance occurred at important junctures in the symphony. In the third movement, Mahler directs that the posthorn solo be played “Wie aus weiter Ferne” (as if from afar). Usually performed offstage, here the instrument was placed in the wings at stage-left with the door open. It sounded so loud that a dreamy, pastoral quality was completely absent. The fourth movement, originally subtitled “What Man Tells Me”, sets a text based upon the “Midnight Bell” section from Nietzsche’s “Also sprach Zarathustra”. Anna Larsson gave a rather expression-less rendition. Oboist Emmanuel Abbühl was more adventuresome in trying to negotiate the difficult lip slurs on rising thirds.

After a rather uninspired ‘Angels’ movement, the finale began in fine style at a moderately slow pace. But Gergiev undercut the dramatic significance of the three moments of ‘crisis’ during which the dark forces of the first movement reappear. The glorious closing section should seem like the symphony’s inevitable conclusion. However, when timpani enter with a forceful tread, the intended impression of a “noble” (Mahler’s word) procession of Humankind marching with God, Gergiev suddenly sped up, ignoring Mahler’s direction to return to the slow main tempo of the movement. As a result the march sounded more like a trot and the thrilling sense that humankind has achieved unity with the divine is literally trashed! Other conductors have chosen to discount Mahler’s a tempo marking (most recently Boulez and Rattle). I seriously doubt that anyone familiar with Bernstein’s first recording of this magnificent work, which fearlessly complies with Mahler’s tempo, would prefer that the ending be taken faster. Gergiev’s revisionist approach completely undermines the feeling that we have reached the summit that the symphony was striving for.