This programme launched a traversal of the complete symphonies of Sergei Prokofiev by the London Symphony Orchestra with its principal conductor Valery Gergiev.

Right from the opening drumbeat and upward sweeping violin figures of Prokofiev’s ‘Classical’ Symphony it was clear that the orchestra was in top form, giving a performance of dazzling virtuosity. Gergiev emphasised aspects of this early work that would later characterise the composer’s stylistic idiosyncrasies rather than the Haydn-like form within which Prokofiev embodied them.

In the opening movement – and, indeed throughout the work – the clarity of the orchestral playing was remarkable, with each melodic and harmonic line clearly discernible and in perfect balance with the others, the antiphonal seating of the violins aiding mightily in accomplishing this effect. Making particularly delightful contributions here were the flutes, carrying and accenting melodic lines, the bassoons, providing humorous counterpoint, and the timpani, delineating with pin-point accuracy the music’s clever rhythmic patterns. In Gergiev’s hands, the high lyrical principal theme of the Larghetto on the violins and flute typified, both in melody and harmonisation, Prokofiev’s witty sensibility, a feeling to which the bassoons again contributed.

The third-movement ‘Gavotte’ lasted just a minute and a half, but within that short time it mirrored the tripartite form typical of a Haydn or Mozart minuet, but after the trio the return of the gavotte itself differed surprisingly from its first iteration. In the finale, Gergiev threw caution to the winds, taking it at an even more rapid tempo than its Molto vivace marking would suggest. The orchestra met the challenge and emerged with flying colours, articulating each note and remaining together rhythmically throughout.

A decade after the original 1913 score of the Second Piano Concerto was destroyed in a fire, Prokofiev, working from memory and making some revisions, created the performing score from which this masterpiece is now played. The concerto is in four movements of which the first and last are extensive, dramatic and feature lengthy cadenzas. The middle movements are briefer and contrast sharply both with one another and with the outer movements. 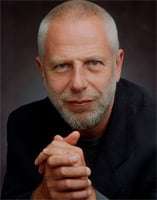 Vladimir Feltsman gave the principal theme of the opening Andantino a dreamy quality, Gergiev restraining the orchestra, allowing the piano to dominate. The syncopated second subject contrasted sharply, and gave rise to some virtuosic passagework and rhythmic accents, Feltsman showing off his brilliant technique, playing rising and falling scales, dramatic chords, and glissandos. He played powerfully in the extended cadenza, with its chromatic passages, scales and runs, and “colossale” finish, which the orchestra then echoed, finally quietening with Feltsman playing gentle repetitions of the main theme as the movement came to an end.

The scherzo was a tour de force of dazzling pyrotechnics. Feltsman took this moto perpetuo at a blistering pace right through the sudden two-note cadence that ended it. In the ensuing Intermezzo, the orchestral playing was outstanding, with Feltsman sometimes playing the role of accompanist to jaunty wind solos, but increasingly taking centre stage.

The finale began with Feltsman playing a bouncy, toccata-like tune, and the mood shifted repeatedly between such rhythmic and percussive material and more melodic passages that at times took on a folk-like character. A highlight of the movement was an early section in which the piano exchanged material with a pair of cellos, took on a dreamy character with soft, left-hand figures, and then played extended runs to accompany the solo bassoon. Following two jarring chords, this movement’s cadenza began, with Feltsman seeming to be asking and answering a question. He dashed off intricate passagework, increasing in volume and speed until the orchestra re-entered. The music’s density gradually diminished down to soft string tremolos accompanying the piano, but both piano and orchestra returned to the movement’s percussive opening material in a dynamic coda.

The slow, soft Bach Prelude Feltsman played as an encore felt like a peaceful resting place in the midst of a highly energised evening.

Following the interval, Gergiev led the orchestra in a performance of Prokofiev’s Sixth Symphony, which was composed just after the end of the Second World War and premiered in 1947, but which came under Soviet government criticism as too complex and pessimistic and was dropped from the approved repertoire. Sadly, Prokofiev did not outlive the era of Stalinist repression, as he and Stalin died on the same day (5 March 1953), but even in the more than half-century since Stalin’s death, the Sixth Symphony has never attained very wide exposure. Gergiev’s reading of this work, supported by the continued brilliance of the LSO’s musicians, made a strong argument for paying it greater attention.

The Sixth Symphony is rife with opportunities for the brass to shine, and the LSO brass players did so, beginning immediately with a peculiar and harmonically ambiguous descending scale, beginning with muted trumpets and one trombone and then switching halfway through to the other two trombones and tuba. Then, as the violins and violas introduced the principal theme and engaged the winds in interplay that included fine solos for viola and first violin, the brass provided both harmonic underpinning and countermelody. The winds then took on a more prominent role, with the oboes playing the sweet second subject. A bit later a horn solo and a fluttering clarinet broke the mood, leading to a march-rhythm on bassoon, low brass and bass drum, with a lovely, but dark, melody played on violas and cor anglais. As the march continued, its percussive momentum ultimately ran out of steam, after which came what was perhaps the most extraordinary sound that the orchestra produced: a continuous series of notes on the horns, each with a momentary surge in volume. A horn solo and the return of the march-theme carried the movement nearly to its quiet finish.

Prokofiev’s brief description of the Largo has been translated as “brighter and more tuneful” or as “more serene and singing” than the opening movement. Although either of these formulations may be regarded as literally correct, Gergiev made it immediately clear that Prokofiev had not abandoned the dense textures and pungent harmonies with which his music abounds. Indeed, this movement contains harmonies as searing as any Prokofiev had written in his post-Paris years. There was an almost tangible feeling of pain as the opening of the Largo juxtaposed a pedal tone on the low instruments against the shrillness of the high woodwinds. A lyrical melody followed, but stormy percussion, with wood-block and tambourine joining timpani, bass drum and snare drum interrupted it. Even as harp and celesta helped to bring the movement to a gentle close, a subtle dissonance persisted.

The delightful opening theme of the finale – played first by the strings and then, after some rhythmic timpani beats, by the solo clarinet – was played with a spirit reminiscent of a Haydn symphony finale in which a thematic subject leads the instruments of the orchestra on a merry chase. But just as in the ‘Classical’ Symphony, the dominance of Prokofiev’s harmonic palate and sardonic wit rendered any such comparisons to Haydn no more than skin deep. When the brass struck up a march-like tempo in mid-movement, the feeling was neither funereal nor martial, but distinctly non-threatening, perhaps like a circus parade. Then, when the march petered out and the music came to a complete halt, Gergiev managed to generate real suspense in the few moments of silence before thematic material from the opening movement returned the symphony to the more serious territory in which it ended.

Gergiev and the orchestra offered as an encore ‘The Death of Tybalt’ from Prokofiev’s ballet score, Romeo and Juliet.