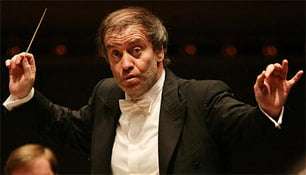 Valery Gergiev’s London Symphony Orchestra Mahler cycle (minus “Das Lied von der Erde”, deemed a symphony by the composer) steams ahead, with no discernible logic behind the sequence. I am probably being hopelessly old-fashioned, but I would have thought that starting with No.1 and finishing with No.10 (as completed, although Gergiev offers only the opening Adagio) is rather better than the hodgepodge that has been offered.

Schoenberg’s Pelleas und Melisande is loosely based on the play by Maurice Maeterlinck and is a marvellous early-twentieth-century orchestral wallow. To bring its diverse sections to life and make them cohere, a conductor has to have real feeling for such music. Gergiev has absolutely none. The opening was static and non-moulded, the first – and every subsequent – big climax didn’t breathe or seethe and there was no passion. In faster sections the sound was ill-balanced and woodwind ensemble was not immaculate. There was no sweep, or big gestures, and the work simply became a series of sections. 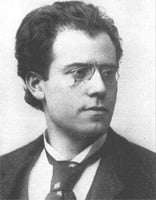 After the interval we had Mahler’s brilliantly original First Symphony. The performance was very disappointing. The opening was ice-cold and the woodwinds were not together. The clarinet solo that leads into the main allegro was devoid of tension, the allegro itself was slow and non-sprung and the second subject was emotionally dead. Gergiev did a lot of jumping and swaying around, but it had little effect. Only a brutal account of the coda brought any life to the music-making.

There was swing and bite at the start of the scherzo, but the insouciant command of rhythm that great Mahlerians command was absent. Things didn’t improve in the trio, which was too slow and unsympathetically phrased. In the mock funeral march of the slow movement, not least the oompah sections, everything was far too refined – only some exquisitely refined string-playing brought any satisfaction.

Gergiev launched the last movement with massive attack, but after that everything went downhill. The two glorious, extended, slow sections brought absolutely no emotion, just orchestral colouring and dynamic shading – Barbirolli and Bernstein must have been turning in their graves. For some bizarre reason, in the ultimate coda the horn-players remained seated and the didn’t even raise their instruments’ bells, which meant that their triumphant, yet threatening, fanfares were not properly heard.