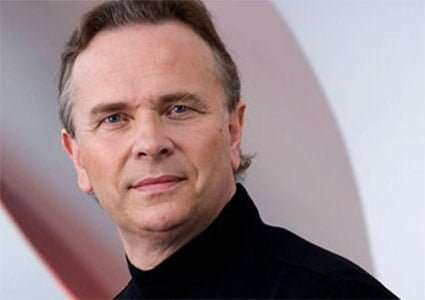 What a lovely concert! Richard Strauss’s teenage single-movement Serenade opened the evening, a wind of change, thirteen such instruments, as a seated Mark Elder and LSO personnel gave a beguiling and affectionate outing for this ripe and balmy piece, owing much to Brahms, particularly his without-violins Serenade No.2 (Opus 16), and with four-horn references to Weber in Freischütz mode. 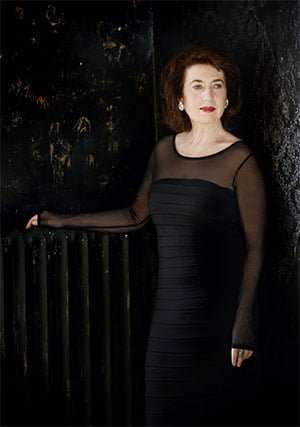 This well-crafted and pleasing music, if only rarely suggesting Strauss’s greatness to come, made an intimate entrée into one of Mozart’s grandest Piano Concertos, Elder now without a chair, and conjuring a wonderfully alive, woodwind-rich introduction enhanced by trumpets and crisp, hard-stick timpani. Imogen Cooper was in top form, decisive and modulated, finely balancing brilliance and sensitivity, exploiting a wide dynamic range, some of her touch wonderfully light, the first movement full of joy and with elegantly and unanimously turned corners. The Andante was solemnly beautiful and veiled in tone, woodwinds bringing bushy-tailed contrast, and the delightful à la chasse finale was perfectly paced, at a canter, giving wit to the pianist’s repeated notes, the musicians not pursuing a quarry but suggesting a gentle jaunt over green fields, and also giving a line into the interpolated minuet, here blown in from the Elysian Fields with lilting refrains, before the horse was saddled again to complete a performance in which the power of Mozart’s harmony was to the fore. The outer-movement cadenzas were intriguing, a mix of Paul Badura-Skoda, Alfred Brendel, Edwin Fischer and Imogen Cooper herself.

Mark Elder is not only a master Mozartean but a scintillating Straussian. He introduced Macbeth as the “Scottish tone poem” and a “psychological study” of the play. He went on to conduct a fabulously tension-filled outing of music that encapsulates Shakespeare’s dark creation; there are not specific moments for witches, damn spots, sleepwalking or daggers. Dripping with atmosphere and suggestion, this reading clearly showed that Elder believes in every note of this 20-minute score, imaginatively laid out for a large orchestra, thrillingly responded to by the LSO, in surging form and playing opulently, with regal rejuvenation and shafts of sunlit lyricism, but most of all bringing out the sinister scheming of Macbeth and his Lady who finally sink in murky musical quicksand. Elder was a man on a mission. If Macbeth the music needed rehabilitation in the Strauss canon, it was here given a big welcome-home party of a performance. (In 2004 Elder recorded Macbeth for the Hallé’s label.)

Till Eulenspiegel is of course vintage Strauss and here were ‘merry pranks’ from storytelling land. Overall vivacious, Elder brought out the music’s roguish narrative in a subtle, rapacious and flexible reading, fresh and vivid in the LSO’s response, antiphonal violins coming into their own, and at the back of the stage cymbal clashes were colourful rather than bombastic. Whether as jackanory or a purely musical experience, this Till was exceptional, fully mapped out by the conductor but given with an engaging spontaneity, sacrilege with a smile, a cartoon-like scamper, Till meeting his end to the sound of execution-summoning military drums. But the ‘once upon a time’ music returned with great warmth, suggesting that Strauss was rather fond of the jesting scallywag and that he would live again. Certainly the LSO and Mark Elder continued their action-packed rapport.