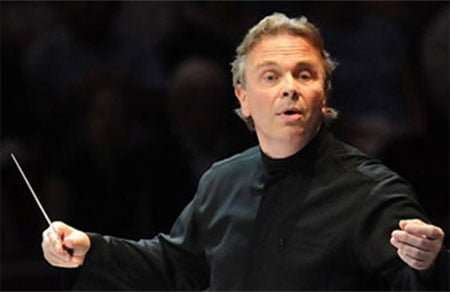 Pity the young composer of today. As Alastair Putt remarked in an interview contained in the concert programme, “We are fortunate that there are very few strictures imposed on us. It’s great that there’s no school telling you to toe the party line, but the flip-side is that it can feel like floating in a sort of amorphous world.” Putt thus feels the need to create his own kind of creative discipline. In Spirals he has employed the Fibonacci Sequence, which comprises a series of numbers, each of which is the sum of the previous two. Putt has used a backward series, dividing his nine-minute work in sections that are numerically proportionate in length from 233 down to 1. In his own words: “The cumulative effect is of a gradual ratcheting up of tension, as the initial contemplative material becomes ever more probing and animated.” The young British conductor Ben Gernon’s clear-cut direction secured a satisfactory account of the piece, to judge from the enthusiastic hug he received from the composer. Putt uses a largish orchestra, with the array of percussion instruments that seems to be obligatory. The sounds themselves were mostly attractive, with perhaps a Javanese tinge here and overtones of Berg somewhere else. At the climax the orchestration became rather overloaded. Any particular impression of the form eluded this listener, though a friend, himself a composer, did perceive a sense of structure in the work. A second hearing would no doubt make things clearer. 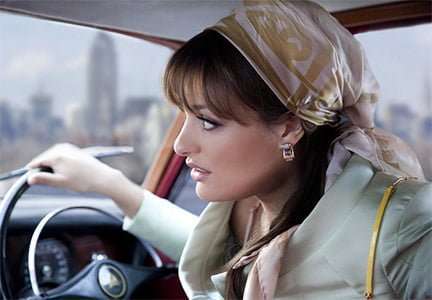 Nicola Benedetti and Sir Mark Elder then joined the LSO for Max Bruch’s delightful, easy-going Scottish Fantasy, based on indigenous songs and melodies, though the work begins with a solemn funeral march. Benedetti has a strong platform presence, and her sense of enjoyment in playing the piece communicated itself to the audience and the very attentive conductor. Her tone quality was lovely, and she threw off the finale’s fireworks as if they presented no challenge.

After the interval Elder directed a strongly characterised account of Dvořák’s Eighth Symphony. The differing moods of the first movement were emphasised rather more than is usual: the extrovert passages sounded quite tough, almost aggressive, but then Elder’s conducting became very tender in the more reflective moments. Tempo fluctuations were quite marked, as they were in a carefully shaped account of the Adagio, with particularly beautiful playing from the upper strings. The main part of third movement flowed easily by, with a firmly drilled 2/4 section forming contrast. The tempo of the finale was a little on the fast side, but it was exciting, with the LSO at full stretch, and very effective.

Prior to the main concert the Barbican Hall hosted a brief recital in the series Guildhall Artists at the Barbican, in which students from the next-door Guildhall School of Music are given the opportunity to gain concert experience. The single work played was Dvořák’s Piano Quartet E flat. In this instance, the word “student” as applied to the pianist Mihai Ritivoiu is hardly apposite, for he won the Dinu Lipatti National Competition in Bucharest in 2010 and since then has pursued a solo career. He is currently completing his Masters’ Degree at the Guildhall School. The three string players are students in the more accepted sense and in a work where the piano dominates anyway were rather led by Ritivoiu, though Yoanna Prodanaova had the chance to show off her fine cello tone and phrasing in the second-movement Lento. Ritivoiu showed himself to be a strong but sensitive player, maintaining a fluent rhythmic flow in the opening movement, and bringing attractive, homely warmth to the slow one. The waltz-like inflections of the third were finely judged and there was plenty of brio in the finale. It was a performance, both technically and interpretatively, that well deserved the enthusiastic audience response.