Copland
Orchestral Variations
Shostakovich
Cello Concerto No.1 in E flat, Op.107
Copland
Short Symphony (Symphony No.2)
Britten
Variations and Fugue on a Theme of Purcell (The Young Person’s Guide to the Orchestra), Op.34 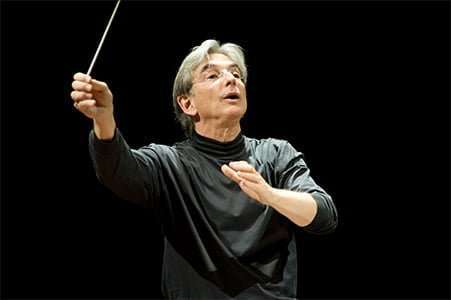 This first of three concerts by the London Symphony Orchestra and Michael Tilson Thomas marks Benjamin Britten’s centenary in a far more relevant way than most other such commemorations. Placing his music within the context of that by two contemporaries – with whom the composer made links during his wartime sojourn in the United States and Cold War visits to the Soviet Union – makes for a British-American-Russian triumvirate representing mainstream classical music of the mid-twentieth-century at its most potent.

Moreover, the works by Aaron Copland heard on this occasion are among his most significant orchestral pieces and well overdue for revival. Dating from the turn of the 1930s in its initial piano guise, Orchestral Variations (1957) could hardly have sounded more ‘in period’ when it emerged over a quarter-century later. In contrast to the monochrome complexion of that original, this incarnation avails itself of a wide range of timbral and textural shadings – so differentiating the expressive profile of these 20 variations on a gauntly impressive theme that reappears in a powerfully rhetorical apotheosis. Tilson Thomas has no doubt included this piece in his imaginative programmes with the San Francisco Symphony: suffice to say that this LSO account made a trenchant and gripping case for a not-so-minor masterpiece. 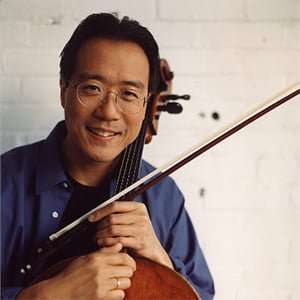 While far less abrasive in idiom, Shostakovich’s First Cello Concerto (1959) is no less personal. Yo-Yo Ma has been an advocate of the piece since the outset of his career, yet the present reading was by no means an unqualified success – the outer movements, in particular, sounding a little too weighty and overwrought for the music’s barbed irony and tensile energy fully to register. The slow movement (though its Moderato marking and metronome marking belie this) was more persuasive, Ma’s burnished tone heard to advantage at its eloquent climax, yet the following ‘Cadenza’ section marginally failed to unfold as the cumulative curve of intensity needed to give the finale its impetus. There was fine playing from the LSO, not least Timothy Jones in the solo horn part.

After the interval, Copland’s Short Symphony (1934) was given a performance such as could scarcely be bettered. Famously shirked by Koussevitzky and then Stokowski, this music only found favour in its Sextet incarnation, though the original has a buoyancy and incisiveness – and, during the central slow movement, interplay between woodwinds and strings of the most-tender pathos – that readily demands larger forces. Indeed, another virtue of this performance was its deployment of a fuller body of strings than is customary – so ensuring ‘short’ did not equate with ‘small’ with regard to the overall impact. Aspiring composers might also like to consider how the work’s combining of rhythmic intricacy with diatonic harmony engenders a persuasive way out of the post-minimalist impasse for tonal music.

Equally worth thinking about is how (in)frequently Britten’s Variations and Fugue on a Theme of Purcell (1945) has latterly been heard in a concert performance. Perhaps the didactic intention of its better-known title has militated against this, though the work remains an orchestral showpiece of the first order and one that the LSO took on with audible relish. It would be invidious to pick out specific Variations (and instrumentalists), but the initial paragraph – with each sectional appearance – was vividly projected, while Tilson Thomas’s handling of the Fugue and its climactic apotheosis was a masterclass in scintillating orchestral virtuosity. Anyone who got to know this piece from the composer’s recording with the LSO of half-a-century ago will have recognised a similar magnetism.

A fine showing, then, for the LSO and a conductor who first worked with it over four decades ago. The remaining two concerts in this series – the final one featuring a further Copland rarity in his late Inscape – should be well worth catching.