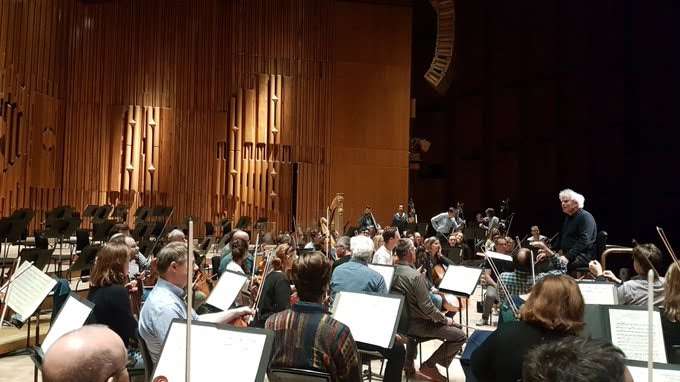 The LSO is about to embark on an extensive tour of South America. It’s a new departure for the players but the repertoire they’re taking isn’t exactly novel. The Britten was one of André Previn’s calling cards and the orchestra has not been immune to the insatiable demand for Mahler, the Fifth Symphony in particular. For some of us its popularity remains puzzling and I’m not sure the Scherzo is improved by the current fashion for having the first-horn sit upfront for the duration, as if performing an interpolated Concerto. Simon Rattle has now abandoned this particular ploy and has never had a problem with the twinklier, kitschier aspects of a movement Scherchen and Klemperer found interminable. With violins placed antiphonally, the orchestral body was thrust out into the auditorium on platform extensions, leaving just three occupied rows in the front section of the stalls. This generally improves the projection of the sound at the expense of the sightlines of the impecunious punter tucked away in the corners. The crashing thunder strokes that open the Sinfonia da Requiem are not easily contained by the Barbican Hall acoustic and if the Mahler seemed sonically underwhelming at the close there may have been other reasons for that.

I see Douglas Cooksey found the same team’s recent Berlioz Symphonie fantastique dazzling yet essentially shallow and while there was something of the same lack of heart detectable here, four-fifths of the Mahler went as well as can reasonably be expected in this curiously unforgiving venue. Individual episodes were buffed to perfection or dissected and reassembled in Rattle’s best latter-day fashion, the Adagietto sensibly paced, no longer too extrovert in feeling, beautifully judged. It was the least mainstream part of the interpretation, the would-be agile, sometimes merely jerky, swift-moving Finale that didn’t entirely work. At the start, Rattle’s insistent interventionism seemed to disturb the woodwind and there were surprising pockets of technical uncertainty later on, including blurred string entries and a prominent early entry from the harpist, possibly discombobulated by being moved from one side of the stage to the other during the intermission and either unable to count or reluctant to rely on a cue if that meant looking at the gurning maestro. And yet the Adagietto had gone so well… 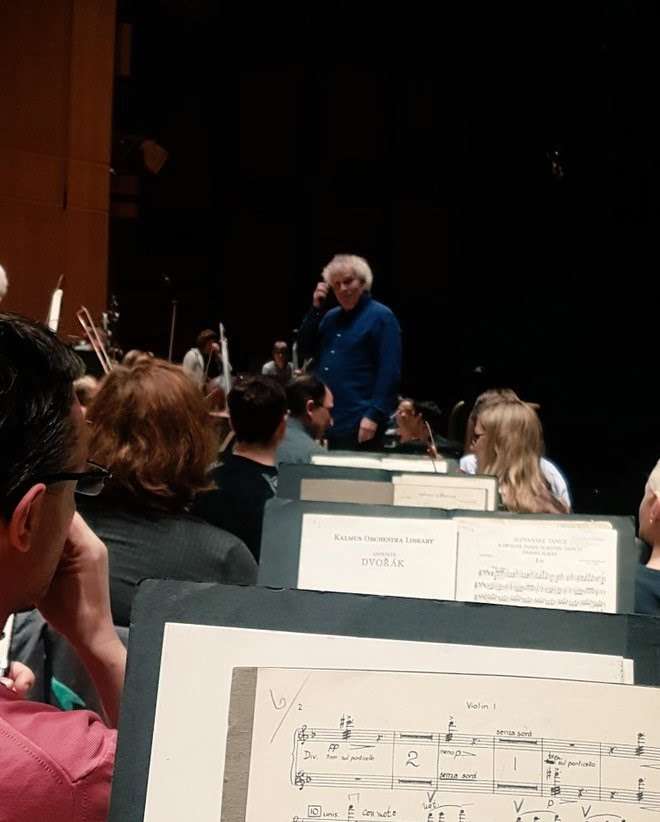 Was there an encore to practise? If so it went unplayed. Perhaps because the massive climactic chorale and precipitate dash to the finishing line were present and correct rather than sweeping all before them, the applause was enthusiastic rather than especially long-lasting. When Sir Simon brought the Berlin Philharmonic to these shores in this very work I was sat in the back row of the top tier of the Royal Festival Hall. It was also 2002 which makes comparisons a little suspect. Suffice to say both readings sought to restore a certain lightness of touch to passages routinely over-weighted in the past. There was brilliance and vigour over a vast dynamic range, flaws too.

First, in 2019, came the Sinfonia da Requiem, one of a clutch of early Britten masterpieces whose place in the repertoire feels more secure today than when Rattle conducted a memorable CBSO performance at the Proms as long ago as 1989. That concert marked the fiftieth anniversary of the outbreak of the Second World War, the main work being Mahler’s Seventh Symphony. How to tackle Britten’s very personal score today? Following the New York premiere, Britten pronounced himself unhappy with John Barbirolli’s excessively “serious” approach. Was that because he conducted it with too heavy a hand or simply that the composer never much cared for emotional candour? On disc at least his own reading lacks nothing in febrile intensity. Rattle’s always alert interpretation tended to set a more lugubrious pace at the start of movements, pushing forward later. The string lines towards the end of the ‘Requiem aeternum’ had maximal emotional clout, articulated with a Bernstein-like fervour some may have found inappropriate: the programme note by Philip Reed led the audience to expect a “consoling lullaby”. But then the whole score sounded even less British than usual with its Coplandish reliance on Mahler, Stravinsky and the Soviets. Rattle did not allow the saxophone to protrude disruptively in the ‘Dies irae’, highlighting less obvious idiosyncrasies of colour, not least the presence of a piano ‘recalling’ Prokofiev as yet unwritten!