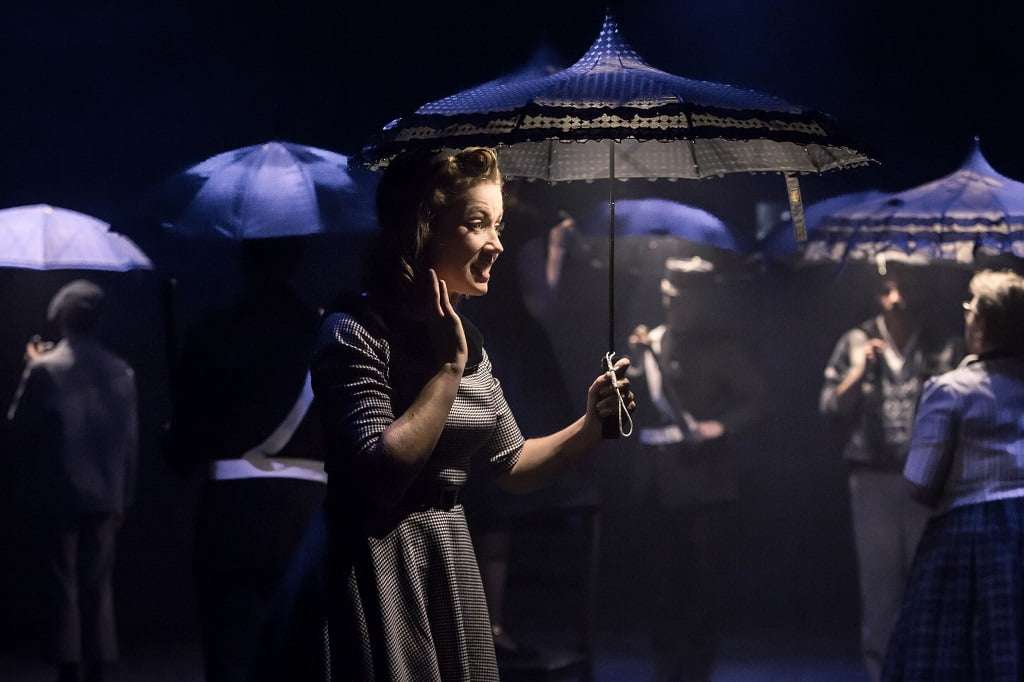 Michel Legrand was one of the most successful film composers of his time from the late-1950s right up to 2018, the year before his death in January. He famously worked with French directors, in particular Jacques Demy on Lola, The Umbrellas of Cherbourg, a sung-through operetta that earned Legrand three Academy Award nominations including Best Song, ‘I Will Wait For You’. He also wrote the music for Demy’s The Young Girls of Rochefort, again virtually sung through. In all Legrand scored over two-hundred soundtracks, producing many celebrated songs including ‘The Windmills of Your Mind’, from The Thomas Crown Affair, as well as from Summer of ’42 and Yentl, all three of which won Oscars. His other film work included The Go-Between, Portnoy’s Complaint, Lady Sings the Blues, Orson Welles’s F for Fake, Louis Malle’s Atlantic City, Robert Altman’s Prêt-à-Porter, and the recently completed ‘lost’ film of Welles’s, The Other Side of the Wind, among many, many others.

Legrand not only conquered the movie world but he also maintained an exceptional talent for jazz arranging and improvisation, an art that ran through all his compositions. His first album, I Love Paris, sold over eight-million copies. That said, he never really made a success of his theatre work. The stage version of The Umbrellas of Cherbourg was not as big a hit as the film. It was performed In New York in 1979 and in New Jersey in 2005 in a revised version. When it was produced in London by Kneehigh, a theatre company specialising in transferring film subjects to the stage, Umbrellas closed five months early, not repeating Kneehigh’s success with Brief Encounter. 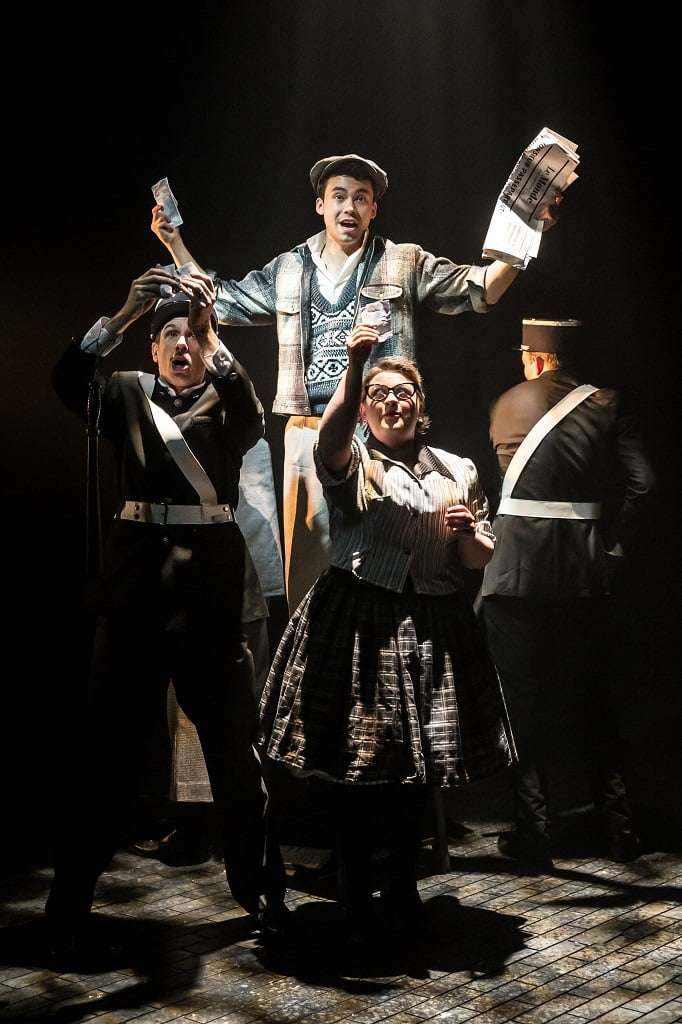 In 2008 Legrand joined forces with Alain Boublil and Claude-Michel Schönberg on Marguerite, an updated version of La Dame aux Camêlias, set during World War Two. It had a short London run in May 2008 but closed early in the September. It was also seen in Japan and the Czech Republic in a new staging and had a four-day run in Guildford, Surrey in 2011. The first London revival was at the Tabard fringe theatre in Chiswick, west London, in October 2012 with a new book and additional lyrics.

Long before these productions, in 1997 Legrand had worked on the music for a stage musical of Le Passe-Muraille, a popular short story written in 1941 by the prolific French novelist, children’s author and playwright Marcel Aymé (1902-67). Le Passe-Muraille, or The Man Who Walked Through Walls, had already been made as a French film in 1951, a West German film in 1959, French television films in 1977 and 2016, and as a cartoon in 2007. The 1997 stage version played in Paris and won the Prix Molière for Best Musical. The Broadway production which was called Amour opened in 2002 but ran for only thirty-one previews and seventeen performances. It was certainly no commercial success but garnered Tony Award nominations for Best Musical, Best Book, Best Original Score and Best Performances by the two leading actors, but won nothing. Similarly, although nominated in nine categories in the Drama Desk Awards, it again came away empty-handed.

Among the Tony Award nominations was Jeremy Sams who had written the book for the Broadway production and it is the same translation now used in Hannah Chissick’s staging at the Charing Cross Theatre. Amour is set in 1950 in the eighteenth arrondissement of Paris. It concerns Dusoleil, a humble civil servant in a boring job with a miserable boss. His colleagues dislike him for being too good at his work and finishing his tasks early. At a loose end he writes letters to his mother and dreams about Isabelle, the girl he secretly loves. She, however, is married to a strict husband. His life changes when he finds he has the ability to walk through walls. This gives him carte blanche to steal from the rich and give to the poor. It also allows him to meet Isabelle who is ignorant of his powers but knows of the extraordinary criminal who walks through walls and is known as Passepartout. He eventually admits the truth and is sent for trial. However, this being a romantic musical, the story doesn’t end there, as the title would suggest.

The show opens with perhaps an acknowledgement to The Umbrellas of Cherbourg as the cast bursts in clutching a fetching assortment of brollies. There may also be a nod towards Les Bicyclettes de Belsize, Douglas Hickox’s nod of affection in his 1969 parody of Demy’s Umbrellas. Apart from the bikes and the gamps the designs of Adrian Gee recall the work of the surrealist artist René Magritte. Indeed a lot of imagination has gone into the look of the show and Adrian Gee should be lauded for doing such a good job. 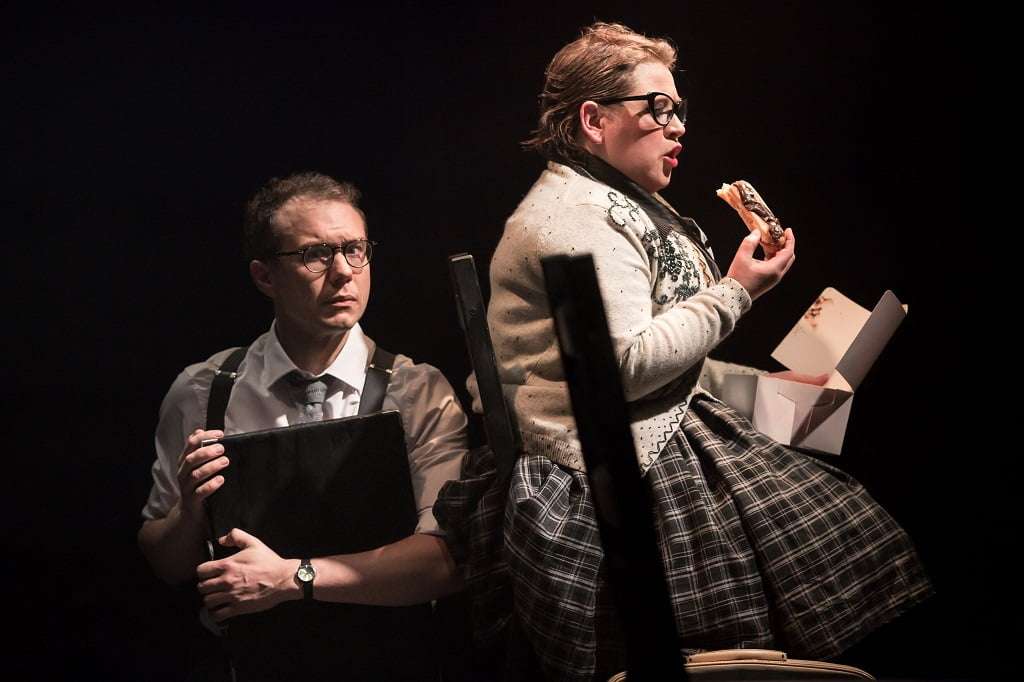 The music is typical Legrand, a mixture of tinkling tunes, romantic waltzes, beguiling chansons and wittily wordless songs, all very well played by the sextet of musicians, three reeds, double bass and percussion under the expert aegis of Jordan Li-Smith on keyboards. The pace is kept at a good rate of notes and it is hard not to succumb to the frivolity of this charming score. However, where Legrand made miracles out of his work on the Demy films, here there’s a lack of real magic that the cinema seems able to provide but the theatre fails to match, and at times an element of tweeness is apparent. The cast is impeccable and for two hours work their musical and choreographic socks off. Excellent singers and movers, their greatest achievement is the ability to conjure up this crazy world as surreal as the paintings of Magritte and as incredible as Demy’s films where we have to leave their preconceptions outside the auditorium. It’s very much akin to the imaginary world of La La Land.

Mention should be made of the two leads in Amour – Gary Tushaw as Dusoleil, who is present for most of the evening without any signs of flagging, and Anna O’Byrne as Isabelle, the object of his affections. Most of the cast double up in various roles as nuns, whores, painters, gendarmes, guards, news vendors and lawyers. They excel in Matt Cole’s inventive choreography, flying and cycling around with complete abandon. This could be the best production that Amour will ever get.