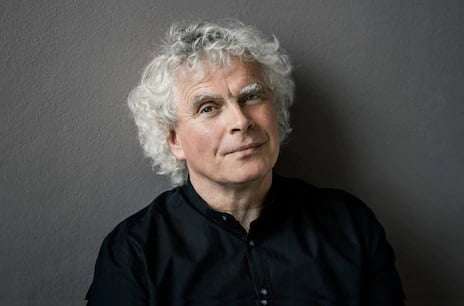 The LSO tuning up at full strength makes a more fearsome body of sound than most. With an attitude and body language to match, there’s never a doubt that once under way the musicians will rise to any demand made upon them, whatever the solo, corporate or dynamic spectrum. The highlight of this streamed programme was Janáček’s 1926 Sinfonietta, his tribute to Brno – a compellingly thrilling reading, wisdom and mellowness shining through. Giving us essentially five linked tone-pictures, Simon Rattle has this music deep in his system. Where others, Czechs included, often tend to see the work as a series of short-breathed cells and phrases, the brass militaristically brazen, he opted for long paragraphing, sonorous legato lines, and sweeping panoramas, nowhere more glowingly than in the final movement with its cathartic D-flat peroration. The trumpet fanfares – the nine players standing on risers at the back of the stage – rang out with the warmth of an autumn afternoon, splendidly co-ordinated, the timpani writing (Mark Robinson) intoned more than attacked, Wagner tubas, Viennese style, replacing euphoniums. A lesson in pacing, the solos, the chattering woodwind, the throaty, muscular string responses, were beautifully lit, with time to speak and cadence, not a comma missed.

Sibelius’s Fifth Symphony settled less easily, the sections and tempo relationships of the first movement – here deliberated, there suddenly agitated – more angular than organic. Matters improved with the slow movement, the mosso and Allegretto elements judged to a nicety, ‘cold’ pizzicatos offset against velvety lower strings. The Finale, beauties notwithstanding and despite the great “Thor” theme wielding its inevitable magic and climactic power, was a little matter of fact in places.

Rattle’s trademark touches ensured that while the architecture of the whole may not have always been of the strongest, the individual detailing was impeccable. He made a theatrical issue of the music’s dynamic range, taking the orchestra to barely audible levels of shivering, rarefied delicacy. His way of starting phrases and shaping bars with the slightest of accents guaranteed (as in the Janáček) placement and rhythmic definition. His grasp of the repetitive Sibelius ‘engine’ in the outer movements was sure-footed.

Doing what the composer asks for, though, isn’t always sufficient. Cumulatively, I wanted more symphonic thrust, ongoing momentum before ambered cameos, less specified adoration. The Fifth is an unpredictable charger. Rouvali in Gothenburg last year defined all its grit, grandeur and glory, holding the tension in an iron grip to the final double-attack timpani sign-off (Nigel Thomas erring on the flaccid side for Rattle). But, defying expectations, it came close to unnerving Järvi and his Estonians a few weeks ago at the Proms. 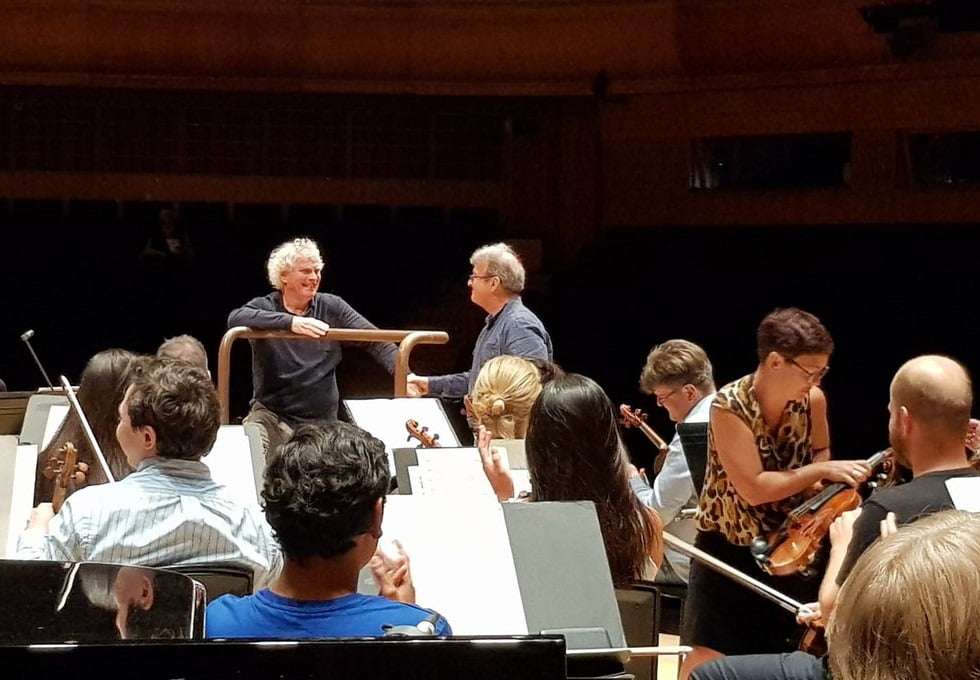 It was good to have Janine Jansen back in the spotlight, following recent illness and cancellations. I did wonder, though, if she is yet fully returned to her normal brilliant self. Szymanowski’s single-movement First Violin Concerto, from the same generation as Sibelius and Janáček, is a complex, astonishing, defying beast of contrasts and intimacies, massive tuttis and chamber dialogues, soaring passions and will-o’-the-wisp farewell – “a fantastical evocation of faeries, ephemerae and nereids” (Adrian Thomas). Ahead of her forthcoming Japanese tour with Rattle, Jansen, playing from music, took it through the motions, yet without quite the commitment or full-blooded authority I remember from a staggering LSO performance she did with Gergiev back in 2012. There were the occasional searing passages, of course. But the cadenza (Paweł Kochański’s, integral to the work) didn’t quite come alight; she didn’t cut through the orchestral mass as we know she can; and her vibrato seemed unusually excessive in places (right from the opening entry). One tell-tale moment had her wiping her brow from the exertion. No encore. A conserving of energy, a sense of relief by the end, seemed to be the message. Rattle supported comfortingly, bringing a modernistic edge rather than romanticised aura to Szymanowski’s imagination.

The evening marked the retirement of Lennox Mackenzie, the LSO’s sub-leader and former chairman, who’s been with the orchestra since 1980, based mainly at the Barbican Centre. Working with a galaxy of conductors, soloists, players and composers, a stalwart of recording and film sessions, ever a reliable, knowing presence, accommodating all pretensions and foibles, he will be missed. Janine gave him her bouquet, Sir Simon a speech.