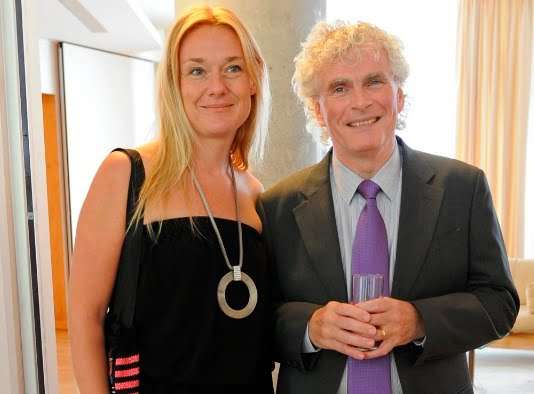 It is probably a moot point whether the works in a concert programme should forge connections among themselves or form a single overarching idea, when the two substantial compositions here (both in the first half) were apparently selected by virtue of the fact that there was seemingly no manifest purpose to their creation in the first place. Schubert failed to complete his B-minor Symphony for reasons that will likely never be known, whilst the collection of five songs by Mahler (grouped together as Rückert-Lieder) conspicuously avoid constituting a coherent cycle, since they can be performed in any order and their composition by Mahler stems from no clear motivation on his part.

Whether by accident or design, Simon Rattle’s interpretation of Schubert’s ‘Unfinished’ seemed to testify to the perceived futility of its original inchoate creation. The London Symphony Orchestra’s hushed, but matter-of-fact opening set the mood: although sounding veiled, it was devoid of mystery. The lyrical major-key second subject stood in some contrast but also sounded diffident, whilst the outbursts of the development section only really implied undercurrents of terror and angst, rather than unleashing them. Similarly, the wilder passages of the Andante were emphatic but controlled, paralleling the cautious, steady tread of its gentler sections, bringing out overall something of the work’s expression of bewilderment in the face of dark forces, if not overt tragedy in a Beethovenian tussle with fate.

In Rückert-Lieder, the LSO was often raptly integrated in its delicate accompaniments, especially in ‘Ich bin der Welt abhanden gekommen’ to conclude, forming a poised backdrop for Magdalena Kožená. In general she sang with a corresponding dusky monochrome, but instilling ‘Blicke mir nicht in die Lieder’ with gentle humour; making subtle emphases on “Liebe” for ‘Liebst du um Schönheit’; and exuding lyrical charm for ‘Ich atmet einen linden Duft’ and an arresting, seamless line for the concluding song in counterpoint with the oboe in transports of otherworldly stillness. During ‘Um Mitternacht’ at the middle of the set, she was a touch tremulous in tone, and brittle at the top of her range.

The unrelated Baroque extracts of the second half bore no relation to the music of the first other than, in the case of the Handel, to showcase other repertoire of which Kožená is a noted exponent. Certainly it’s a rare pleasure these days to hear the music of these eighteenth-century composers clothed with the more extensive garb of a modern symphony orchestra. Where, in the Mahler, she rightly absorbed herself in the music and text’s intensely introspective musings, for the three operatic numbers by Handel she was overtly and colourfully expressive, projecting the tormented mind of Agrippina with capricious fervour, as also Ariodante’s outrage at the supposed infidelity of his betrothed, Ginevra, with dramatised snarls, whines and yearning. Although idiomatically and skilfully characterised – and to my mind better conceived as a single, coherent musical utterance than the yet more extrovert interpretations to which Joyce DiDonato is inclined, for example – it was an enervating account, made all the more powerful by Rachel Gough’s mournful bassoon solo, an expressive counterpart to Olivier Stankiewicz’s wailing oboe in the Agrippina extract. For the triumphant ‘Dopo notte’ Kožená was notably less effusive, declining to wear the music’s infectious joy on her sleeve (and none the worse for that!) but leaving the LSO and Rattle to revel more in the high spirits of the music.

The LSO can have even fewer opportunities to perform Rameau but the required musicians evidently enjoyed the vivid harmonies, melodies and rhythms afforded by this eclectic collection of dances and interludes from the composer’s final opera, Les Boréades. Their playing was as lively and nimble as that which might be achieved by ensembles more practised in such repertoire today and probably a quarter of their forty-odd number. Although the horns sometimes stumbled over their notes in sequences meant, crucially, to evoke the hunt, and in the graceful ‘Rondeau vif’ the important timbre of the flute was drowned by the rest of the orchestra, the LSO’s realisation of the widely contrasting movements was alert, with apt ornamentation in the ‘Air andante et gracieux’, courtly vigour for the two ‘Gavottes’, and a sensuous blend for the beautiful ‘Entrée’ to Act Four. Rattle repeated the brief ‘Borée et chœur de vents souterrains’ with its startling off-beat fragments of melody (representing the defeated winds of the Boreades) to foil those who might think, as others apparently have before, that this snatch of Stravinsky had crept into this Suite.

On the whole, then, in the main fine performances of these works individually, and if they did not cohere as a unified programme perhaps one should simply admire the versatility of a premier orchestra and its recently-appointed Music Director.