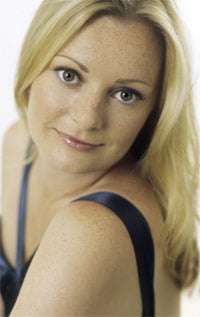 Wigmore Hall, once the faded venue for hopeful debutants, now the display-case for the world’s greatest established chamber-music performers, has three great assets: the auditorium itself, its audience and the wealth of talent in its field of music-making. The latter has paradoxically brought problems. The sheer volume of top-class vocal artists whom the public demands to hear in the evening slots has squeezed the range of singers who could be presented there. This Sunday afternoon Song Recital Series is an imaginative answer to the problem, exploiting those two other assets. These truncated (one-hour) recitals on Sunday afternoons are announced as “welcoming young artists near the beginning of their recital journeys – with many already making significant waves in opera.”

Lucy Crowe fills the bill ideally: four years out of the Royal Academy of Music, a Kathleen Ferrier Awards prize-winner with significant operatic roles under her belt with regional companies and already with her foot on the operatic ladder in the capital, her recital debut at Wigmore Hall was no economy measure, partnered as she was by the ubiquitous Julius Drake, who plunged into the introduction to Dvořák’s Gypsy Songs almost before he made contact with the piano stool. His emulation of the rough-and-ready style of the gypsy musicians in the opening song was full of exuberance, his painting of the storms whipping across the plains vividly rhythmic, while he and Crowe shared a common grasp of the song’s structure as the opening music returned, shorn of its exuberance and dwindling to nothing.

After this fine start Crowe’s contribution was uneven: she identified intensely with the suffering subject in ‘All around the wood is still’ (the songs were performed in Daphne Rusbridge’s English translation) and stood lost in nostalgic memory in the best-known song of the cycle ‘Songs my mother taught me’ but did not convey the prevailing ethos of melancholy, that death is never far away. Instead she adopted a rather arch pose on occasion, in the knowing expression, for example, with which she delivered ‘Come and join the dancing’. In the last song ‘Give a hawk a fine cage’ she overdid the physical posturing with which she chose to underline the gypsies’ pride in nomadic liberty, more like an animal at bay than a fun-loving independent spirit.

Her Schubert group was a mixture of delightful spontaneity and further hints of over-sophistication. “An die untergehende Sonne” belonged in the first category, the deep affection for the setting sun conveyed at each repetition, fading in the final lines to an ethereal lightness. The intervening verses were incisively characterised, the second bringing a brightening of tone to convey sensuous enjoyment. The changing moods of “Iphigenia” were projected without suggesting that this is one of Schubert’s finest songs but there was a nagging suspicion that the singer felt that vocal excellence needed to be supported by interpretative pointing. Apparently believing that “Heidenröslein” cannot be sung as a simple folksong and must be enhanced, she added some noticeable detail that seemed merely artful. The flattened sixth in the first and last paragraphs of “Erlafsee” was too obviously emphasised, though the shaping of the central core of the song was managed without the art becoming conspicuous. The jovial mood was well captured, the tone brightened and the transition back to the emotional ambience of the opening achieved with some finesse. 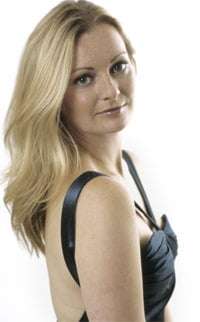 Crowe’s great strength is the purity of her tone when singing softly, exquisitely demonstrated in a performance of “Über allen Gipfeln” in which only a cautious breath before “einen Hauch” cost it the epithet flawless. When pressure was put on the volume a less appealing vibrato entered the sound. Her encore, which she introduced by an affectionate reference to her husband of seven and a half weeks, was “Nacht und Träume”. The breath control was assured, the word “Lust” twice adorned by a messa di voce, while the final phrase “Holde Träume kehret wieder” made its effect through simplicity and evenness. It was a pity that she ‘interpreted’ a number of individual notes earlier in the song.

Night was also a theme of the Richard Strauss group. The composer suited Crowe well. The confidence with which she tackled the harmonically volatile “Nachtgang” confirmed her musicianship, while to “Die Nacht” she brought an appreciation of the narrative of von Gilm’s poem. It describes a growing fear of the threat posed by night to the poet’s relationship. From a furtive pianissimo and tone drained of vibrancy, Crowe moved into real anxiety and indignation at the possible nocturnal theft of her lover, the last phrase “O die Nacht, mir bangt, sie stehle dich mir auch” had a real chill in the tone, the vocal quality seconded by the singer’s frozen posture. Strauss’s most familiar nocturnal song, “Ständchen”, received a rousing, ecstatic ending, though the staccato treatment of rhyming line-ends (“wecken”/“Hecken”, “hüpfen”/“schlüpfen”) was puzzling. Daylight reigned in the most impressive of the artists’ Strauss offerings, “Ich schwebe”. The lightness of singer and pianist in the opening lines perfectly expressed the feeling of walking without touching the ground in a waltz tune that returned magically at the conclusion.

One hopes to see Crowe build upon her considerable assets and ration the self-conscious interpretative gestures. She can hardly fail to learn from collaborating with Drake. Though the audience on this occasion was quite small, the idea of presenting young artists of undoubted quality is one that deserves success.