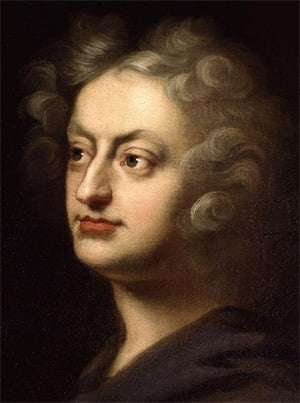 It is paradoxical that by the period in which the limited, constitutional monarchy under William III and Mary II was forged, England had developed a culture and practice of music to accompany sacred and secular festivities in public that could rival that of Versailles in quality. After the hiatus of the Commonwealth, music flourished again under Charles II who had spent his exile in France. It was during the close of this reign that the precocious young Henry Purcell came into the first bloom of his musical maturity, inspired by Continental musical models. My beloved spake is one of the symphony or verse anthems that Purcell wrote at that time. Dating from 1678, it is one of his earliest surviving works, and conforms to the pattern of which the pleasure-loving Charles particularly approved, by including instrumental interludes in time to which, it is recorded, the king liked to tap his foot.

Despite the Gallic finesse of the playing in this concert, there was a predominant sense of English reserve. A steady account of the opening ‘Symphony’ to My beloved spake set the pace for that Anthem. An unspecified quartet of soloists from the Westminster Abbey choir also brought an aspect of liturgical decorum and collegiality, while the strongly aspirated “Alleluias” [sic] gave some rhythmic bite to an otherwise restrained performance. The considerable acoustical possibilities of Westminster Abbey were put to greater use in the two Odes, with their additional trumpets and oboes, and, in the case of Hail, bright Cecilia!, timpani and recorders too, helping to give voice to the various musical references in Nicholas Brady’s text. The trumpets in particular provided a virtually unblemished gilt edge to the sound as it floated down the nave.

What the performances perhaps lacked in liveliness was made up for most of the time by clarity and crispness of tone on the part of choir and the soloists. At their best the latter exploited the Abbey’s dimensions to expressive effect. There was a freshness to the opening arpeggio declamation of “Welcome, welcome, glorious morn” by Iestyn Davies and the choir. Andrew Tortise projected a generally solid voice for his solos that marked him out as the most forceful (but not forced) of the six soloists. Although not very different in tonal range, Jonathan Sells brought a more solemn, serious character to his music, displaying steadiness and gravitas.

Charles Daniels was the most alive to the operatic spirit of Purcell’s settings, singing with an admirably wide and dramatic range of expression. In ‘Full of wonder and delight’ from the Queen Mary Ode, the pert delivery of his melismas’ dotted rhythms in contrast to his fellow soloists was unmistakeable. The interaction here between the solo lines seemed almost like a hocket. In the long arioso of ‘Tis Nature’s voice’ in the St Cecilia Ode his careful control of the high lines was spellbinding as they soared through the body of the Abbey like some preternatural expression, resonating through the realm of Nature, the subject of this section. Musically it could have come from one of the operas of Monteverdi or Cavalli. An occasional dryness in the upper range of his voice hardly marred the interpretation. The choir followed with a sublime, but still hushed edifice of sound in ‘Soul of the world’ that was as stirring as Daniels’s solo.

Iestyn Davies and Benjamin Bevan replaced James Laing and Simon Kirkbride at short notice. Understandably, Bevan sounded a little disengaged and his dark tone did not always allow the words to come across clearly. Few will have been disappointed with Davies’s performance singing as he did with his customary seamlessness. He did not necessarily impart drama but the softness of his voice in the St Cecilia Ode combined ideally with Daniels’s in “With that sublime lay” before Jonathan Sells with a vocal quality corresponding to the words, completed the question, “Can any earthly sounds compare?”. Mary Bevan sang commendably though somewhat anonymously.

The playing of St James’s Baroque was dignified and tidy, not calling attention to itself, even in its sometimes lengthy instrumental interludes, or the various solo interjections in the St Cecilia Ode. It would not have been unwelcome had the musicians been more demonstrative at times, but certainly this was stately music-making, befitting the quieter and less ostentatious Court following the Glorious Revolution.