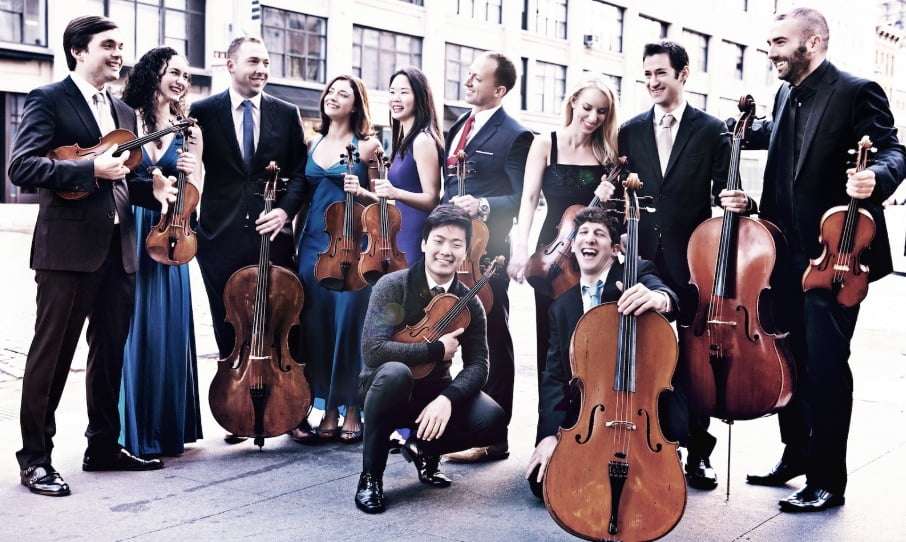 Manhattan Chamber Players is a collective of string and wind musicians of the highest caliber, founded in 2015 by Luke Fleming, and Chiaroscuro is a stylistic term principally derived from a sixteenth-century woodcut technique that used multiple blocks to create a variety of coloristic effects, and by the eighteenth it was applied to several art forms, including music, in which subtle differences in light and shading were so characterized.

The evening’s fare began with an energetic, expressive and assertive reading of Schubert’s Quartettsatz, music of strong contrasts, the only surviving movement of a planned String Quartet. It was followed by Mary Bianco’s five-minute piece for violin (Siwoo Kim) and two violas, Trio con Brio. Her teachers include Darius Milhaud, Ezra Laderman and Meyer Kupferman, and Trio con brio is a well-crafted, moderately dense contrapuntal display of interweaving lines, primarily developmental in style, and was given a fine first performance.

The G-minor two-viola String Quintet is one of Mozart’s most personal pieces, written just after his father’s death. The first three movements and the slow introduction to the otherwise-sunnier Finale are steeped in the doldrums of mourning. The MCP players pointed up contrasts and shadings in a mellifluous blend of vigorous intensity and dramatic import, with off-beat accents and sudden forceful strokes in the Minuet, and with the poignant Adagio conveying a decidedly sorrowful aspect, but its agitated middle section rose above it.

In his inimitable G-major String Sextet, Brahms is expressing regret at having parted from his betrothed, Agathe von Siebold, his “last love”, never to see her again. Brahms dedicated the score to her, but rather than a public dedication, he ingeniously inserted her name into the opening movement as a musical figure, A-G-A-D-E (substituting D for the T), expression of broad melodic arches bathed in expressive lyricism. A Scherzo follows, rich in Hungarian gypsy music, though tinged with melancholy, cast aside by the waltz rhythm and robust syncopation of the Trio. The tripartite Adagio reflects the abundance of joy with which the lovers’ affair began that is transfigured into sorrow by the end, although Brahms attempts to lighten the spirits in the Finale. The MCP, with Marcy Rosen, performed with enthusiasm, technical facility and impressive balance, relishing distinctions, as part of a winning performance.