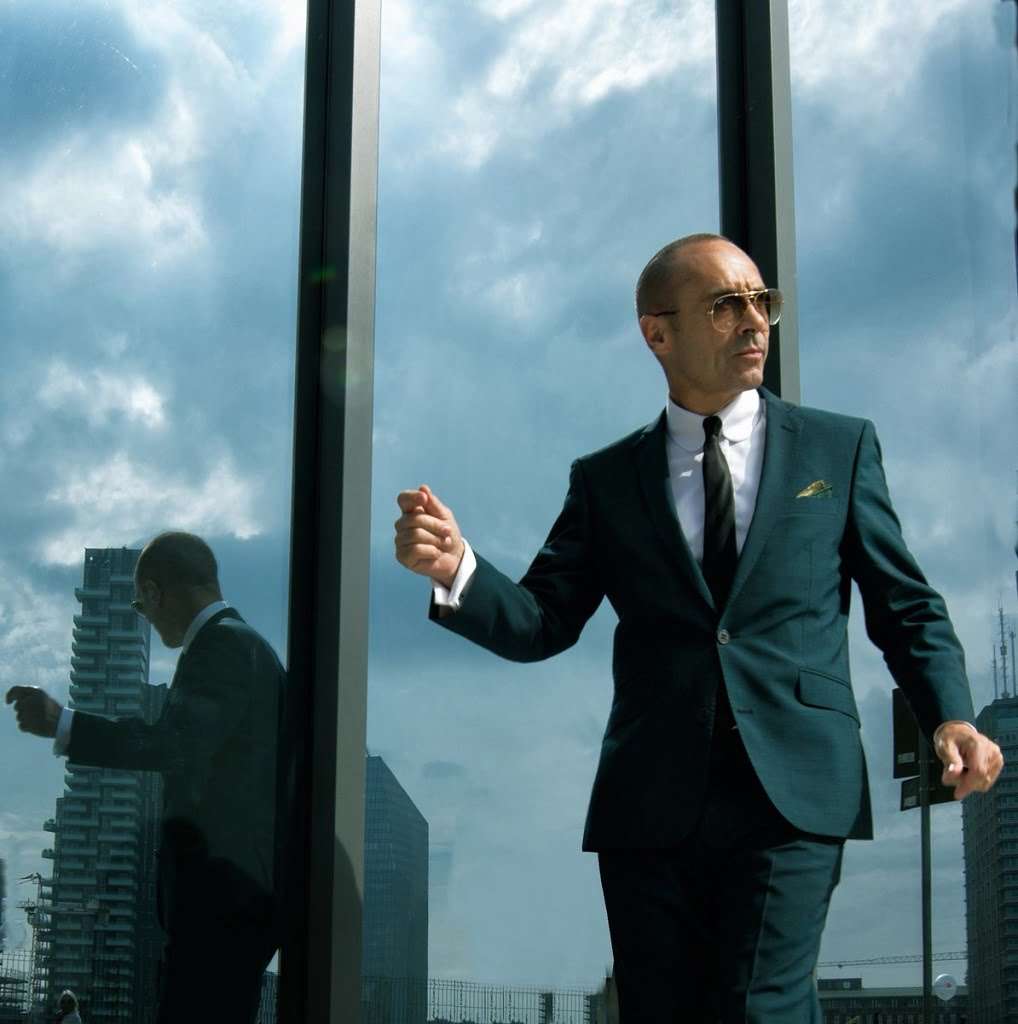 Then came the warm-up pre-recorded playlist of velvet Latin Jazz fusion hits: Shakatak’s ‘Easier Said Than Done’, The Blow Monkeys’ ‘Crying for the Moon’, The Style Council’s ‘The Lodgers’, Segio Mendes’s ‘Batucada’, Marcos Valle’s ‘Crickets Sing for Anamaria’, Joyce’s ‘Feminia’ and finally the George Benson anthem ‘Give Me The Night’. The audience loosened up.

Surprisingly Reilly did not open with a splashy hit but with the melancholic ‘Invisible’ from his 2017 album Gravity; a luxurious song about isolation. This was hotly followed by the title track ‘Gravity’, a paean of passion underscored by lavish jazz piano. From the 1984 album, Whose Side Are You On?, the eponymous hit oozing sinister film noir with brisk snare drum and Harvey’s keyboards adding matchless sophistication to the Matt Bianco Latin jazz signature sound with the audience singing the chorus in-tune and in time.

Troy towering in killer heels sang ‘Heart in Chains’, a wistful sophisticated tale of lost love and misunderstanding. ‘Paradise’ came next with the stage bathed in orange light and the sensuality noted by a spectacular trumpet solo. Then the charming hit ‘More Than I Can Bear’ expressing the vulnerability of seeing a former lover passing by with another with the bossa nova beat of jealousy.

From the album Indigo, produced by Emilio Estevez, spouse of Gloria, came ‘Don’t Blame it on That Girl’: an explosion of salsa, sunshine and funk gilded by a virtuoso piano solo. Tenor sax soaked in lachrymose blue light then a dazzling drum solo segued into ‘It’s Too Late for Love’, another song of regret and lost romance.

The penultimate song was ‘Summer in the City’; a brisk and breezy jazz homage to simple seasonal pleasures, and the finale was a cover of Georgie Fame’s ‘Yeh Yeh’ performed with polish and vigour. The band said its goodbyes only to return for an encore of the comedy hit ‘Get Out of Your Lazy Bed’. The audience sprang into action, singing and laughing… Matt Bianco creates a heady cocktail of Henry Mancini, Elmer Bernstein and Miles Davis which only musicians of the highest calibre can shake, celebrating sensuality, romance and nostalgia.