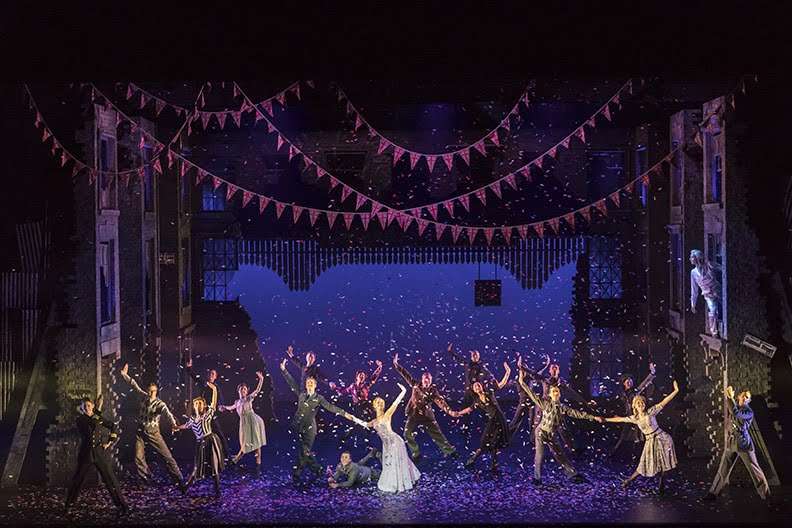 Matthew Bourne certainly does good show – his is an uncommonly strong theatrical understanding, stemming both from his natural talent and also many years’ experience of what works and what does not. At Sadler’s Wells the annual festive Bourne residency has begun, this time with Cinderella, not seen for seven years, and, here too, his knack for judging what will attract audiences is everywhere apparent – the entire run is almost, if not entirely, sold out, making a Bourne show as much of a London Christmas theatrical tradition as The Nutcracker and The Snowman. 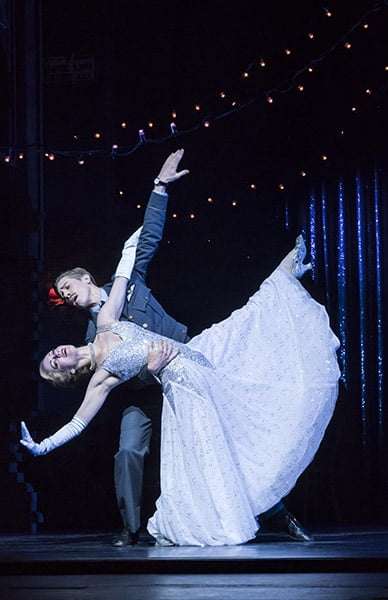 He certainly has all the makings of a successful show with his choice of collaborators – it would be hard to find more successful designs than those by Lez Brotherston, and that probably includes among his own work. The setting is the London Blitz, and the stage is framed by burnt or blown out buildings into which scenic details are flown or rolled. Again and again, the stage picture is simply extraordinary as the narrative unfolds among the people, places and experiences of capital during its darkest hour. The scenic coup de théâtre is the opening to Act Two, which shows the devastation of a bomb blast, Bourne and Brotherston’s evocation of the destruction of the Café de Paris on 8th March 1941 only for the Angel (here the deus ex machina instead of a Fairy Godmother) to restore all to life and order. It is strangely moving and underlines the bitter-sweet melancholy that the story and, indeed, the music convey. Praise to Neil Austin’s lighting, which enhances the design concept and achieves effective changes of mood and scene. Bourne is something of a cultural magpie and packs this Cinderella with references from films of the war and post-war period: Powell and Pressburger’s A Matter of Life and Death suffuses the entire concept, most notably in the character of the airman Harry who evokes David Niven’s Peter in that film but there are references to the prostitutes of Waterloo Bridge, the station scenes of Brief Encounter and even Fred Astaire in the character of the dancing Angel. 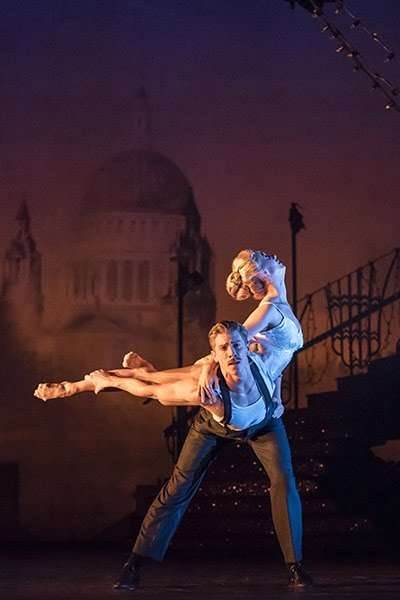 Bourne has also chosen Prokofiev for the music, the full-ish score of his 1946 Cinderella, well known until recently to ballet audiences in the guise of Frederick Ashton’s version – it has been shamefully absent from The Royal Ballet’s roster for several years now – and itself a source of inspiration to Bourne. And herein lies one of the caveats about this show – Bourne has simply too much music to deal with and there are several moments when one feels that the choreographic material, and indeed the narrative, are stretching a little thin to accommodate the score. At its best, the movement is a witty counterpoint to both the music’s spikiness and lushness, the incongruity of the dancers performing the jitterbug to Prokofiev is piquant rather than jarring, especially when performed with such gusto by Bourne’s New Adventures ensemble. But it is all over-long – each Act has its longueurs as one senses the choreographer packing the stage with incident to fill out the music – Ashton cut the journey music in Act Three during which the prince travels to foreign lands in search of the wearer of the slipper; Bourne re-instates it and has our hero Harry, an RAF pilot, search through a dystopian London of tarts, dilly boys, rough-necks and toffs, for which he gets beaten up for his efforts. It slows down the narrative and adds perhaps the only sour note to the proceedings: it could have been vaguely offensive to set a light narrative peopled in the most part by ridiculous grotesques in the horror of the Blitz, but Bourne avoids the trap except perhaps in this section. We see newsreel of the actual Blitz and its aftermath as firemen tirelessly worked to save the capital and people went about the business of rescuing others. There is no Blitz spirit in Bourne – the people our Cinders and Harry encounter are, almost entirely, unpleasant and on the make. No-one helps another as they fall, but there is plenty of spivvery and sexual shenanigans which no-one could be naive enough to deny existed, but is not counterbalanced by any example of altruism or solidarity which also characterised that terrible time. Perhaps good is boring to show on stage.

The narrative (once we accept the replacement of the Prince with pilot Harry) follows the familiar story except for the inclusion of a confusing dream/nightmare sequence which starts at the end of the first act and continues until the last moments of the second. Cinders is caught in a bomb blast and knocked unconscious, so what follows is the Angel’s construct (he restores the Café de Paris for her to attend and dazzle all at the ball): Harry is restored to full health (he is suffering from having been shot down) and a good time is had by all, including a scene in Harry’s lodgings where he and she express their love for each other. The episode goes on for so long that, one suspects, many spectators will forget that it is a fantasy sequence outside the story-line. 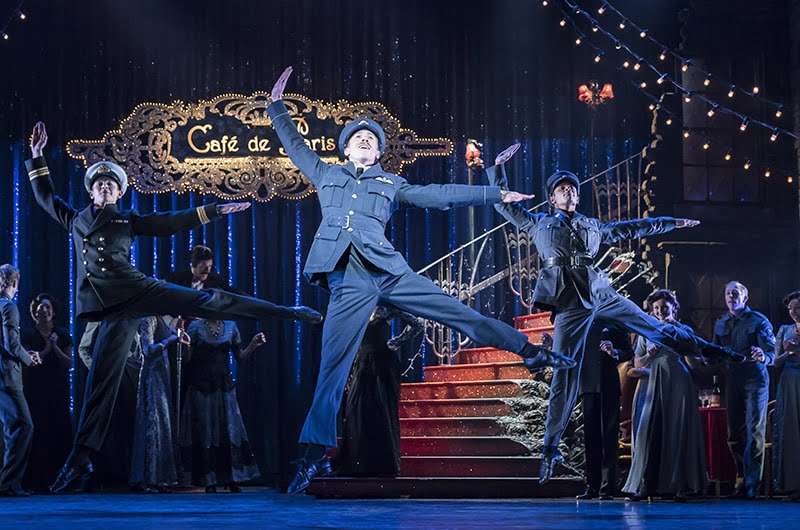 Bourne is served mightily well by his dancers who deliver his concept with devotion and belief, even if the movement palette and choreographic invention never really go beyond the serviceable. Bourne makes dances well enough (ensemble tends to be stronger than solo or duet), but those dances themselves would rarely stand up to closer scrutiny outside the context of the shows in which they appear. Bourne’s theatrical genius is to make movement which takes its place within a greater whole also comprising music, setting, costumes and lighting. As Cinderella, Ashley Shaw confirms herself as one of Bourne’s finest interpreters, following her success as Victoria Page in The Red Shoes with a Cinders of touching vulnerability and strong stage persona – she is as convincing as the monochrome mouse of the opening scene as the glamorous starlet of the Café de Paris fantasy. Andrew Monaghan is a sweet Harry, perhaps lacking in that last ounce of individuality, but flashing a convincing RAF smile in the second act and looking suitably anguished in the third. The material he has to work with is less giving perhaps than that for Cinderella, although he and Shaw are a believable couple who make their scene in the hospital when they finally find each other again truly touching. The dance star of the evening is Liam Mower as the Angel. Overcoming the faintly ridiculous white wig and sateen suit, he brings the requisite other-worldly quality and exults in his choreography, freer and more expressive movements befitting his supernatural persona, existing outside time and place. He is strong dancer indeed, able to do full justice to the twists, bends and turns he is given and always catching the eye. Michela Meazza returns to the role of the Step-Mother, and has a ball as the wicked Joan Crawford inspired vamp. There are many named characters – step-brothers and sisters, girl- and boyfriends, guests at the Café de Paris, even, but we do not know from the narrative on stage who they actually are, so credit cannot be given.

For the record, the show is set to a recorded rendition of the score which is brash, loud and over-amplified.