In the “International Voices” series the Southbank Centre aims to showcase vocal art in a comprehensive way, embracing not only solo voices from western classical music but also distinguished Indian singers, The Sixteen, a Russian chamber choir, the “song stylist” Barb Jungr and the Zürich Opera Company. The repertoire is diverse, sometimes fitting conventionally with the performers, sometimes launching into the unexpected. The effervescent and persuasive Mary King, in her introductory talk before this recital, discussed the principle behind the series (“a new look at what is meant by a great voice”) and promoted the value of several of the individual concerts (the countertenor Philippe Jaroussky venturing into nineteenth-century French melodies, the uniquely weighty sound of Russian choirs, the extra insight offered by a staged “Winterreise”).

King joined a relatively sparse audience for this concert, which represented the conventional side of the overall series concept. Matthias Goerne had already performed twice with orchestra in the preceding few days. Here he was back to his core activity, the art-song recital.

I could not help feeling a sense of something missing throughout the piano-accompanied version of Shostakovich’s “Michelangelo Suite”, even if it is the Urtext, and a longing for the orchestral adaptation. The order in which the two versions were composed seems to me irrelevant. The original clearly cries out for orchestral colours to express the full meaning of Shostakovich’s concept and his personal engagement with the poems. That he produced an orchestral version within weeks of the original’s premiere suggests that he recognised this need.

The introductory song ‘Truth’ suffers when the opening summons is not announced by trumpets, the first of the love-songs ‘Morning’ from the lack of a plush, low string foundation. How one misses the spatial elements of remote bells in ‘To the exile’ and the distant trumpet in ‘Night’. Their absence is particularly regrettable, given that so much of the vocal writing is recitative-like. Alexander Schmalcz had some vivid moments of sound-painting – the bird-song in the prelude of ‘Love’, the sculptor’s work with hammer and chisel at the start and finish of ‘Creativity’ and the chirpy child’s tune in ‘Immortality’ – but one mostly felt sympathy for him, starved of rewarding music to play. 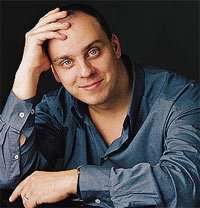 Goerne did not perform the work by heart: he spent most of the time leaning over his music stand and the general sense was of a lecture given to a respectful audience by a visiting professor. I cannot judge if he delivered the Russian text in an accurate or idiomatic way but I got the impression rather of a lesson well learnt than of full immersion in the words. In the three love songs he found limited opportunities to deploy his lyrical tone: the voice expanded into the final phrases of the second of them, ‘Love’, only as he achieved a glimpse of the sublime, clear evidence that the philosophical aspects of the poems were those which truly inspired the composer.

There was a complete change of atmosphere when he came to the two songs paying homage to Dante. The jumpiness of some of the preceding songs was replaced by a sense of settled structure and of vocal lines which could be relished. The first mention of Dante’s name is set to a melodic phrase which could easily have fitted into a love song, while in the following song Goerne mixed awe and admiration with indignation at the poet’s treatment; the powerful piano interludes gave Schmalcz a rare opportunity to support his partner’s message.

Technically Goerne was entirely at home. His intonation in the tricky vocal lines never wavered. His bass-baritone encompassed the tessitura of the writing for bass convincingly: the firmness of the roots of the voice was vital in portraying the steadfast Michelangelo’s political defiance, as well as the gravity of the penultimate poem, ‘Death’. Equally, he could move smoothly into a liquid high register to express tenderness in the Dante poems and stillness in the legato phrases of ‘Night’.

After the interval, and with reliance on the score no longer needed, Goerne could revert to his normal highly physical projection of an intense inner experience, initially in Wolf’s three Michelangelo songs. ‘Wohl denk’ich oft’ was presented as in a reverie, its harmonies used as a ladder to grope upwards in yearning for fulfilment. Then the singer opened his body for the exultant major-key conclusion, accompanied with rather more restraint by Schmalcz than one sometimes hears from pianists who threaten to smash their instrument in this fortissimo postlude! 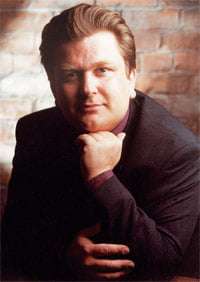 The initial despondency of ‘Alles endet, was entstehet’ was softened by transparent tone and use of head voice in the passage about the fate of future generations, a crucial lighter interlude amidst the general density of Wolf’s writing. When the opening statement recurred, catharsis had been achieved and the inevitability of transience and death accepted.

Goerne used silence as a powerful tool. There was a long pause before the final lines of the last Wolf song ‘Fühlt meine Seele’. At its conclusion an even longer one ensued, with both artists motionless, tangibly willing the audience not to applaud, before they embarked on the Brahms collection. Were they trying to establish a thematic connection between the two works? Or was it simply a matter of the singer being “in the zone”, as sports competitors describe the state of heightened concentration which accompanies high performance levels.

Goerne certainly gave himself and his audience no respite for the remainder of his programme. The mannerisms which have come to define his performance style came vividly to the fore. He leaned to his right, clasping the piano lid, for much of the time directing his voice wide of the audience, sometimes even into the wings. Deep intakes of breath, emphasis on significant words and the approach to high notes all involved his body uncoiling from a crouch to a tip-toe position. Conversely one felt uneasy when he would occasionally turn forward, narrowing his eyes and scanning the audience, for example when he referred to the living in the second song. Much in this interpretation was left enigmatic.

There were moments of clarity as well and one could only admire the technical command, the high E flats, Es and Fs incorporated effortlessly into the singing line, the breath control, particularly in the vast opening sentence of ‘Ich wandte mich’, the elastic legato on high-lying soft phrases such as the repetition of ‘O Tod, wie bitter bist du?’ (after a very slow first statement), the ability to colour and weight the tone.

All of these came to the fore in the third song, which ended with the singer in a kind of ecstatic trance. Nonetheless, I have little doubt that some will have found it mannered. They will have welcomed the opening of the last song as a breath of fresh air. I find its setting of the famous passage from Corinthians puzzling: the bustling quavers in which much of this sermonising of this song is written seem ill-suited to the profundity of the ideas. Few performers manage to reconcile the words with their musical embodiment and this partnership was no exception. Indeed it was disconcerting to find Goerne and Schmalcz actually emphasising the nonchalant, jaunty tone and hurrying through to an ending that seemed perfunctory.

The recital may have given some patrons cause to complain of short measure: 66 minutes of music were listed and there was no encore..