The second Wigmore Hall Schubert recital in a three-day period found Matthias Goerne leaving great masterpieces with a number of strophic songs, their merits were revealed by excellent performance.

‘Der blinde Knabe’, for example is about a boy who is happy even though he’s blind. The ideas don’t develop much, but Goerne sang it with sprightly energy, so it felt convincing. Similarly, ‘Erntelied’, a relatively undistinguished poem by Ludwig Hölty, came alive. The text is repetitive, but so is the relentless motion of a sickle. “Sicheln schallen, ähren fallen unter Sichelschall” – Goerne paced the tongue-twisting words well, to reveal the fullest musical interest: the difference between singing notes and creating a song as a work of art.

Most performers leave ‘Nacht und Träume’ until the end of a concert: it’s a stunning showstopper. It was a brave choice as the thematic core of this recital revolving around Romantic concerns such as philosophy and Death, approached through songs ostensibly about moonlit landscapes and starlight. ‘Nacht und Träume’ is a hymn to the wonder of dreams (and by extension, the imagination). But dreams do not last, so we’re left in perpetual longing. Thus Goerne stretched the long, floating lines, so they seemed as wonderful as the dreams they describe. 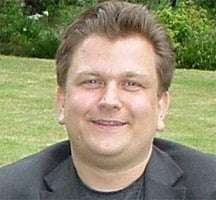 Three particular groups of songs stood out, even among greatly loved works like ‘An den Mond’ and ‘Im Abendrot’. What drove Schubert to poets like Ernst Schulze and Mayrhofer, whose poems inspired the songs heard in Goerne’s Wigmore recital two evenings earlier? Mayrhofer was morbid but Schulze was obsessed by two sisters. Fortunately, perhaps, he died young. ‘Tiefes Lied’ (Great Sorrow) is interesting because there’s a deliberate disjunction between the mournful text and the lovely secondary melody that floats along almost separately. Goerne alternated hushed reverence with a deliberately over-bright clarity. Starlight can be unnaturally bright, as can “the glow of madness” fluctuating in and out of focus. Even more disturbing is ‘Der liebliche Stern’, in which staccato quavers evoke something chillingly obsessive. The words seem innocent, but the central image is a whirlpool into which the poet wants to throw himself. Goerne’s voice is magnificent but what makes him truly unique is his ability to convey psychological complexities, completely naturally, without exaggeration. Had Alexander Schmalcz’s playing been of the same level this would have been truly unnerving.

Baritones gifted with unusually dark, resonant voices sometimes are less blessed in the higher register, but Goerne commands a huge range. When he sings about the “gentle child-like charm” of the nymph Sylvia in ‘An Silvia’, his tone becomes surprisingly delicate and tender. Voices as powerful as this can impress by sheer size, but a much better test of quality is how quietly a singer can become, and shape phrases by sheer nuance. In ‘Ständchen’, (Shakespeare’s “Hark, hark the Lark!”) the text describes a maiden awakening to the song of the lark and the aura of dewdrops. Refinement is essential; Schmalcz’s prelude was a little too solid, but Goerne’s subtle singing preserved the illusion of dream.

‘Totengräberwise’ dwells on bodily decay and resurrection, sung with grave dignity, but ‘Totengräber’s Heimweh’ was outstanding. Schubert sets the poem with obsessive pounding rhythms which might reflect the digging, or perhaps the gravedigger’s heart. The gravedigger looks longingly into the grave he’s just dug, and suddenly the music shifts into a higher key, for suddenly he gets his wish. Goerne sang the word “Ferne” with such fervour that it feels like the whole song (and the gravedigger) is being lifted up into the distance. “Ich sinke, ich sinke”, he sings, but gradually this becomes “Ich komme”, supported by starlight-suggesting motifs.