It is not only the refiner’s fire of the early-music movement that has enhanced our appreciation of Handel’s masterpiece – Messiah as much a British totem in music as ‘Nimrod’ – there is also the renaissance over the past three decades of Handel’s operas, particularly in this country, that has gone the distance in probing the depths of Handel’s music. This has fed into some stunning performances of Messiah, which rejoice in and exploit a range of expressive possibilities unthinkable within living memory.

The OAE has been at the centre of this ‘new’ performance orthodoxy, now as established in music as mince pies are at Christmas. As with all orthodoxies, though, there is the danger of taking things for granted, and there was a notable lack of expectancy in a work that thrives on it. This was odd, because the choir and orchestra were on superb, virtuosic form, and Laurence Cummings’s extravagantly gestural conducting could only have been more energised if he’d had a trampoline for a rostrum. The orchestral sound was almost overloaded with colour and nuance, with a fine transparency in the strings allowing the winds to slice through the textures in plangent style, and with two heroic, raw trumpets capping ‘Glory to God’ and ‘Hallelujah!’ plus a memorable obbligato in ‘The trumpet shall sound’.

As you’d expect, speeds were fast and springy, noticeably so in the choruses of Part Two, where agility seemed there for its own sake than serving any particular expressive purpose. The twenty-two singers of the chorus (roughly the same number as in the 1750 London performance at the Foundling Hospital) were athletic, accurate and clear, but there was a homogeneity of approach that didn’t concern itself too closely with the text. The performance standard was polished and very high, but it lacked that charismatic spark. The solo recitatives, arias and the amazingly expressive, intuitive acccompagnato passages stood alone, rather than flowing in and out of the familiar choruses, and, in the end, this was down to the soloists. 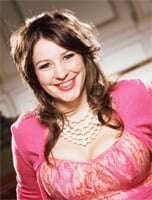 I suspect for many people a performance of Messiah stands or falls with the tenor’s opening ‘Comfort ye’, which has to express consolation, certainty and anticipation to “my people” – the audience – and convince us that we are, indeed, in need of comfort. Nicholas Mulroy’s conventional approach didn’t identify that closely with the work’s process of prophecy, advent, passion and resurrection; although not a huge voice, his tenor is attractive and sweet, but was hampered by a rather English oratorio-style delivery. The same applied to Tim Mead’s fine countertenor, consistently even and lyrical throughout his range and impressively agile but striking the same choral-soc stance to an unsmiling ‘O though that tallest good tidings to Zion’ as he did to a rather bland ‘He was despised’. The Argentinean bass-baritone Lisandro Abadie was a more vivid presence and was terrific in ‘Behold, I tell you a mystery’, where his voice supplied the characteristically rich, velvety darkness that was only fitfully present elsewhere.

Elizabeth Watts, though, had attack and a sense of occasion in abundance, radiantly piercing the advent gloom in the appearance of the angels and producing an affecting, highly-charged ‘I know that my Redeemer liveth’ – this was refreshing, free-range Handel singing of great power.