The weather hasn’t been kind to Carnegie Hall recently. After a week and a half of forced closure due to a broken crane boom that was destabilized by hurricane-force winds and hanging a thousand feet above the ground almost directly over the building, the Hall was due to reopen a few days after the surrounding area was finally made safe. However, a lack of utilities kept the building shuttered until the day of Midori’s recital, when New York City was hit by a massive snowstorm.

That Carnegie Hall was able to reopen amidst such drama should have been the cause for celebration. Instead, Midori’s recital with Özgür Aydin was an understated affair. The program – all three of Beethoven’s violin sonatas in A major juxtaposed with 20th-century works – appeared to be the violinist’s statement that her career has strayed far from its child-prodigy origins. Unfortunately, she remains most talented at showcase music – the encores were her finest performances. An arrangement of Debussy’s ‘Girl with the Flaxen Hair’ (piano Préludes, Book I) displayed her smooth, warm tone. Fritz Kreisler’s Tambourin Chinois was sprightly and clean, its challenges not a worry for Midori, who downplayed her impressive technical proficiency and highlighted the piece’s melodic elements. 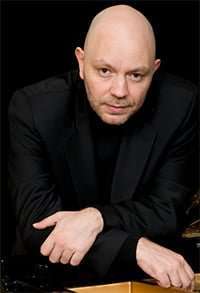 Anton Webern’s Four Pieces were presented in the original 1910 version. The composer wrote to his teacher Schoenberg about his artistic insecurities: “Whenever I think of my works, I feel better. I have become conscious that they are good… But perhaps this is only a delusion.” These snippets leave the listener wanting to hear more. Midori and Aydin gave a confident performance, emphasizing the extremity of emotional contrast. George Crumb’s Four Nocturnes (Night Music II) was the most ambitious work presented, and also the most interesting. The piece calls for the pianist to play with amplification, and involves very little traditional keyboard playing – the performer is sometimes required to hover over the instrument’s strings to pluck and brush them. Aydin elicited a breathtakingly vast range of sounds from the piano, which Midori matched in her varied timbre. The composition is similar to the Webern due to its alluring atmosphere and brevity, but its emotional range is less black and white, and more suspenseful.

The Beethoven sonatas should have been the artistic meat of the evening, yet Midori’s interpretation was undeveloped. She had obviously read the composer’s directive regarding his Opus 30 Sonatas, written for piano “with the accompaniment of a violin”, as she made every effort to take all the violinist’s lines to the point of near inaudibility. She was reluctant to shine in any heroic melodies. The glorious second theme of the ‘Kreutzer’ Sonata was halting and stilted, somehow managing to sap all drama from this ultra-passionate work. For his part, Aydin appeared to hide in Midori’s shadow, the duo in competition as to who could play more quietly. Perhaps this would have been intriguing in a smaller venue, but in the Stern Auditorium that was already barely populated, the absence of sound was spooky. Midori’s playing had only two settings: soft and sweet, versus loud and angry – this applied to all three sonatas, which had little emotional distinction between them. Beethoven described the ‘Kreutzer’ as being “almost in the manner of a concerto”, but Midori extinguished all virtuosity from the work. Aydin’s playing had more shades of gray, but also had occasional moments of sloppiness in the faster passages.