The 36-year-old London-based Montenegrin, Miloš Karadaglić, is the world’s most famous classical guitarist, who has a string of best-selling albums to his name and, as here, plays to a packed auditorium wherever he appears. The markedly aslant way he holds the guitar is very different to the horizontal position favoured by such giants as Julian Bream, John Williams and Andrés Segovia, and the programme he played smoothly integrated various eras and styles. 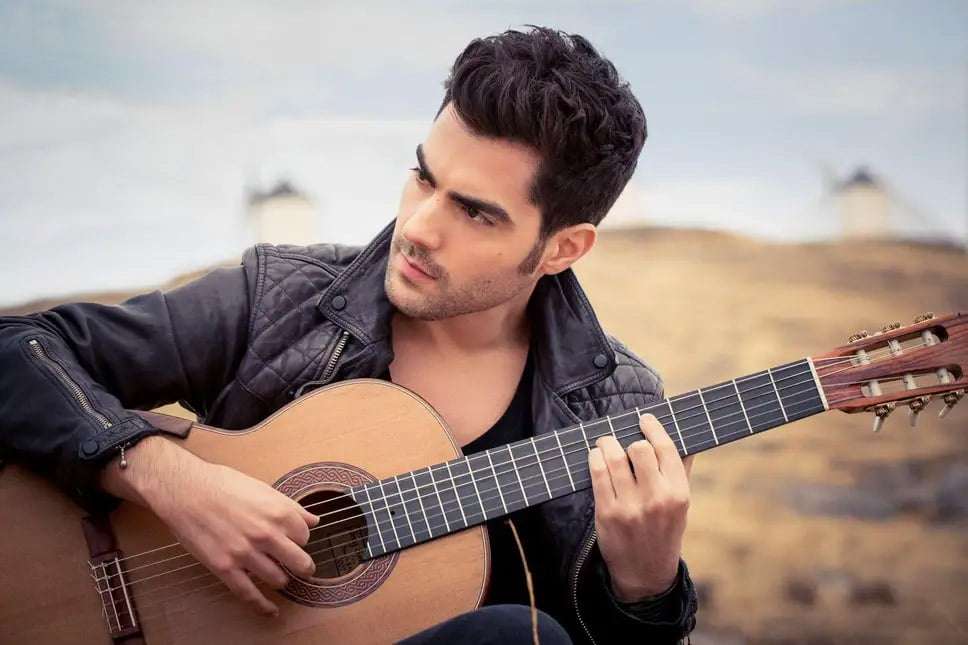 He opened with one of the mainstays of the repertoire, J. S. Bach’s Lute Suite, in his own transposition. Here, for all the beauty of sound and almost complete absence of finger noise, the Präludium was very slow, which robbed the music of forward movement, while the Fugue lacked cumulative power. He brought considerable introspection to the Sarabande, emphasising the Iberian colouring (you could have been forgiven for thinking the Granados had started early) although the rhythmic definition, weight of sound and intellectual rigour Williams found in the concluding Gigue; double were missing.

Before embarking on the Spanish pieces Miloš told the audience rather cringe-making how much he loved them, explained his transposition of the Bach, the importance of the guitar in Spain and that the programmed piece by Isaac Albéniz had been replaced by the Farucca from The Three Cornered Hat. The Granados pieces were like the Bach: slow and ultra-refined. In Andaluza on a bed of crushed-velvet tone there was rubato and tempo variation and in Orientale the right hand playing at the lower end of the fingerboard evoked some exceptionally beautiful sounds and shading. The fateful, heavyweight string fanfares that make such an impact in the orchestral version of the de Falla were delivered with tremendous staccato attack and openness of sound, but once again the shorter quieter interludes were too slow and all tension was lost.

Heitor Villa-Lobos wrote a lot of guitar music and the Five Preludes from 1940 were played with elegant sophistication. With refined fluid phrasing in both the E-minor and A-minor, natural tempo variation in No.2 and an exploration of pianissimo and below tonal shading in No.4, although the concluding D-major was too lethargic and rhythmically staid. We then had three great modern songs, including the sublime Yesterday, which Miloš had been taken aback at the Royal Academy of Music when asked to study what he then thought was a ‘silly pop song’, which the programme note identifies Sérgio Assad as the arranger, whereas it is actually Tōru Takemitsu. The playing in all three was eloquent, but the melodic line in Yesterday was lost (although to be fair a lot of this is down to the arrangement). The programme ended with Cavalcade, a piece composed for the guitarist by the Frenchman Matthias Duplessy, which had its moments, but came to a decidedly underwhelming conclusion. There was one encore, Takemitsu’s take on ‘Somewhere Over the Rainbow’.