Orchestra of the Age of Enlightenment
Laurence Cummings (harpsichord) 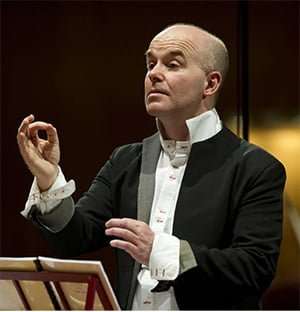 As this year’s Mostly Mozart Festival in New York nears its conclusion, the Orchestra of the Age of Enlightenment and Laurence Cummings visited Alice Tully Hall with a Handel program dedicated to the memory of Lorraine Hunt Lieberson. Renata Pokupić and Anna Stéphany sang opera and oratorio arias in which Lieberson had excelled. (This bill of fare was first performed by the OAE in London this June, with William Christie conducting and a third mezzo, Karine Deshayes, sharing the vocal duties with Pokupić and Stéphany.)

Cummings directed from the harpsichord, often bouncing up and down distractingly. The OAE musicians performed standing – except for cellos, theorbo and a second harpsichordist, David Gordon, who lent welcome additional heft to the continuo. The ensemble played with exuberance and virtuosity throughout, with notable contributions from leader Kati Debretzeni and from principals Alison Bury (second violin), Andrew Skidmore (cello) and Katharina Spreckelsen (oboe and recorder). 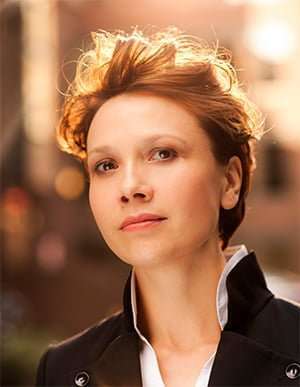 The concert began and ended with excerpts from Giulio Cesare. As the Overture (truncated to omit the third movement that segues into the opera’s opening chorus) neared its conclusion, Pokupić entered and immediately dove into the recitative and aria, ‘L’angue offeso mai riposa’, one of two – the other closed the evening – in which Pompey’s son, Sesto, vows vengeance against Ptolemy for the assassination of his father. Although her musicianship and dramatic presence were excellent, Pokupić seemed to be in some vocal difficulty from the start. In the aria’s rather low tessitura her voice only sporadically resonated through the hall as she struggled to compete with the vociferous accompaniment. She did, however, bring off the aria’s emphatic ending, in which Sesto resolves to rip out Ptolemy’s heart. Similar problems beset Pokupić as she sang ‘Where shall I fly?’ from Hercules to close the first half.

Stéphany fared better, giving a superb rendition of Irene’s profession of faith in the recitative ‘Ah! Whither shall we fly?’ and aria ‘As with rosy steps the morn’ from the oratorio Theodora. Her radiant voice blended beautifully with the harmonizing strings and her delicate pianissimo came through with clarity. Two more excerpts from Theodora began the second half. In the Overture, which juxtaposes a concertino of oboes and violin with ripieno strings and continuo, the reeds were exquisite in the lyrical Trio between the Allegro and the even livelier ‘Courante’. Stéphany again struck a prayerful tone in ‘Lord, to Thee each night and day’. Then, filling in at very short notice for the suddenly indisposed Pokupić, she gave a thrilling rendition of ‘Dopo notte’, the concert’s high-point. She threw herself into the aria with abandon, flawlessly negotiating leaps and runs and adding even more brilliant ornamentation in the da capo.

A potential mishap was averted when Debretzeni noticed, just as the OAE was about to begin Opus 3/2, that Cummings had the wrong score! The addition of a pair of oboes to the strings gave this work a more diverse and interesting palette of timbres than the one in B minor (Opus 6/12) played earlier, which is for strings alone. Stéphany returned to close the concert with another exciting aria, ‘Svegliatevi nel core’, preceded by a recitative accompanied by cello, double bass, theorbo and harpsichord. The singer was at her most expressive in the aria’s middle section, in which Sesto communes with his father’s ghost, before repeating even more forcefully the cry for vengeance with which the aria began. As an encore, the OAE played the ‘Musette’ from Handel’s G minor Concerto Grosso (Opus 6/6), a touching further tribute to Lieberson.