Tchaikovsky
Piano Concerto No.1 in B flat minor, Op.23
Manfred – Symphony in B minor after Byron, Op.58 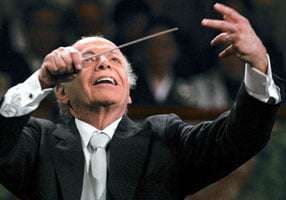 The New York Philharmonic is in the first weeks of its 2007-8 season, and has put the focus for three weeks on “The Tchaikovsky Experience”, including performances of all six of the symphonies plus Manfred conducted by music director Lorin Maazel. This was the third ‘event’, the Second Symphony (‘Little Russian’) opening the season, the First (‘Winter Daydreams’) being the next one played.

This concert opened with the First Piano Concerto, played by Macedonian pianist Simon Trpčeski. His performance of this warhorse was immaculate, with not a dropped note in hearing range. Soloist and conductor both took a refreshingly ‘no-nonsense’ approach to the concerto, almost as if to debunk the work’s reputation as a flashy and somewhat superficial crowd-pleaser and vehicle for virtuoso pyrotechnics. The first movement kicked off with an unexaggerated, dignified invocation of the famous ‘big tune’ after which comes the structurally complex 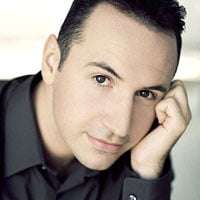 first movement proper. Maazel and Trpčeski were clearly on the same wavelength, striving for big-picture coherence as opposed to virtuoso flourish, music-making that was technically polished without peddling the sort of ‘grab-you-by-the-throat’ sizzle that tends to slice the movement into disparate sections.

Surprisingly, a different level of music-making informed the second movement. Trpčeski’s body-language seemed more at ease from the moment before his first entrance, and his cantabile phrasing was particularly complemented by the Philharmonic’s principal players. In the central prestissimo section, Trpčeski’s superb technical command and subtle command of color matched that of the orchestra, with playing that was far more characterful from both soloist and orchestra than that in the first movement. The finale was by far the most satisfying movement — due in no small part to seamless negotiation of tempo changes, matched phrasing, and remarkably tight ensemble.

Trpčeski reminds this writer of a pianist I first encountered about a decade and a half ago, a musician who, like Trpčeski, left me with the impression that good as he was, the best was yet to come. That was Leif Ove Andsnes, and he has certainly fulfilled his promise; I suspect Trpčeski will become equally vital and individualistic.

Following the intermission was Manfred, a programmatic symphony based on the epic poem by Lord Byron. Maazel’s interpretation downplays the gloom and hand-wringing, putting far more emphasis on the musical undercurrent of intensity and anxiety and putting particular muscle behind the explosive, impassioned outbursts of all four movements.

This is a work that Maazel quite clearly relishes; he has recorded it with the Vienna Philharmonic (for Decca) and a Maazel-conducted concert performance features in 12-CD set from the Cleveland Orchestra in which a disfiguring cut is made in the finale. Maazel made no such cut in the present performance. 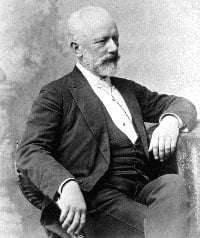 The first movement makes unusual structural challenges; the structure is episodic, presents themes with contrasting tempos, timbres and moods, many of which reappear in later movements as anything from Wagnerian leitmotifs, full-blown variations or outright repetitions. It contains both transparent music typical of Tchaikovsky, but also some of the most thickly-orchestrated invention. Maazel and the players let each of these episodes unfold in almost Technicolor relief, from the rough-hewn low sonorities of the opening motif through the dramatic unleashing of the main recurrent theme, the angst-ridden music for the woodwinds and massed strings, and the ominous, intense coda.

The second movement Vivace con spirito contains some of Tchaikovsky’s most rhythmically challenging music for winds and strings, which the orchestra played with dizzying precision, and a beautifully melodic Trio section. In an online video introducing “The Tchaikovsky Experience”, Maazel had claimed that his intent in part was to strip the music of “vulgarizations”, but he was not averse to one touch that worked to great effect in the Trio: taking a more deliberate tempo for the first statement of the theme in the first violin and harps. The pastoral third movement serves as a momentary (but not complete) respite from the work’s underlying turbulence, and Maazel’s approach lends startling contrast as the main theme intrudes on the placid scene.

The final movement, like the first, has a complex structure depicting a sequence of scenes based around a bacchanal — and includes the recapitulation of a number of sequences and motifs from the first movement, culminating with a ‘double’ coda, arguably the most dramatic ending Tchaikovsky wrote, depicting the final tragic confrontation involving the protagonist and his death. While the score calls for a harmonium, Maazel follows modern tradition and uses an organ to hair-raising effect — despite Avery Fisher Hall being saddled with an inexcusably unrealistic sounding electric instrument.

Manfred also served as a showcase for the sound Maazel has cultivated with the Philharmonic: darker brass timbres, a more color-rich wind sound and less-strident but still brilliant strings. Under Maazel’s tenure, the Philharmonic is arguably the finest of America’s ‘Big Five’ orchestras. One thing is certain: the Philharmonic, whose reputation for fussiness when it comes to conductors is no secret, is going the extra mile for Maazel – and playing these days at a level that few orchestras can rival.