Orchestra of the Age of Enlightenment
Bernard Labadie

Brimming with vivacity and exotic colour, “Die Entführung aus dem Serail” represents Mozart finding his feet in Vienna with confident exuberance. It must be several years since anyone had the chance to hear this sparkling comedy in London, so this concert performance with Orchestra of the Age of Enlightenment was especially welcome.

One of the many reasons for Mozart’s great enthusiasm for the project when it came his way in 1781 was the opportunity to compose to a libretto in his own language – a progressive step for a city that traditionally regarded only Italian as suitable for opera. Though sung in the original German, this performance sensibly chose to replace the dialogue (which, when played straight, can seem rather clunky by modern standards) with newly commissioned narration in the vernacular by Simon Butteriss. Succinct, witty, and sympathetic to its surroundings, Butteriss’s plot summaries kept things moving along nicely – and even got away with a bit of gentle fun-poking. He delivered them with theatrical confidence. The only drawback was that it was odd not to have a physical presence for Pasha Selim, a non-singing but central role.

Another of the great attractions for Mozart of “Die Entführung” was the chance to write for the glittering galaxy of distinguished singers that had been engaged for the occasion. From the resounding depths of bumbling basso-buffo Osmin, to the romantic lyric tenor Belmonte, to the dazzling virtuosic heights of feisty heroine Konstanze, these roles were tailored for some of the greatest singers Mozart ever worked with, and pose formidable challenges to top artists today. Unfortunately, the line-up for this concert was not of the first-rank – and none of the singers were really up to the job. 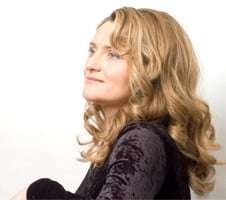 Susan Gritton did not seem happy, leaning back uncomfortably to strain for Konstanze’s high notes. Though not in good vocal shape, she nevertheless managed a well-projected performance. Malin Christensson displayed a pleasant, if slender, voice as Blonde, but snatched at her top notes and sung with a disconcerting, slightly insane stare. Frédéric Antoun had the right youthful good looks for hero Belmonte, but he made heavy weather of his music and sang persistently flat. Alistair Miles’s Osmin was suitably beefy-toned but, disastrously, had no bottom notes. He also kept his head buried in the score (everyone else, apart from Gritton, sang from memory). The most natural-sounding singing came from Tilman Lichdi, whose delicate pizzicato-accompanied Act Three aria for Pedrillo was one of the few really successful moments.

The irrepressible energy of Mozart’s score bubbled through thanks to trademark crisp, buoyant playing from the OAE – but even this ensemble was not as alert as it might have been under a different conductor. Bernard Labadie’s pedestrian direction showed no affinity for the music, little sensitivity to Mozart’s many different moods, and no sense of line – the extended dramatic sequence of the Act Two finale was a particular casualty of this. Labadie could also have drawn more thrills from the big “Turkish” numbers which, despite Mozart’s battery of percussion and chirruping piccolos, didn’t shine as brightly as they should.