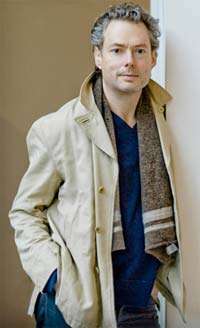 Do we need conductors? Or, more specifically, do performances of Johann Sebastian Bach’s “St John Passion” need to be conducted? Tenor Mark Padmore resolutely believes not, and made a good case for this view with this intense and intimate performance.

Padmore’s reasoning is that the conductor is “a figure unknown to Bach”, one that musicians and audiences have come to rely on unduly since “St John Passion” was revived in the 19th-century. He asserts that the relatively recent ‘historical’ movement came about because of “dissatisfaction with … traditional ‘answers’” to performing this repertoire, and explains that choosing to perform without a conductor is part of the “continuing process of investigation into how we might perform this music … the responsibility for interpretation is devolved to each and every musician.”

This approach, of course, can only lead to a satisfactory performance when those collectively responsible are musicians of the highest calibre. Here there was no question that Bach was in the best hands.

“St John Passion” is a wealth of contrasts, from gentle arias to dramatic mob-scenes, poignant solos to impassioned choruses; a potential minefield for the unwary, fused together with all manner of baroque dance tempos. The phenomenal musicianship of the Orchestra and Choir of the Age of Enlightenment ensured that numbers flowed seamlessly with immaculate pacing, made all the more astonishing because it was never obvious who was in charge – it really did seem a genuinely collective process.

The small forces (18 players and 12 singers, including the soloists, who also sung in the choruses) created a highly personalised sense of intimacy, drawing the audience in with rapt attention – the hall was packed to capacity. Orchestral standards were excellent, a few viola d’amore fluffs notwithstanding, but the stars of the evening were the sole double bass and cello players (the peerless Chi-chi Nwanoku and Jonathan Manson respectively) who created a bass sound of incredible depth and resonance.

The chorus sang with excellent ensemble, making light work of Bach’s complicated contrapuntal lines; and every word was crystal-clear without contrived exaggeration. The small numbers meant that the crowd-scenes carried greater intensity and realism, and the chorales had notable buoyancy. 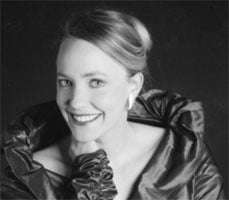 The solo voices were generally less special, but each commanding in its way. The pick was Lydia Teuscher, whose light, velvety tone and sensitivity helped produce a radiant account of ‘Zerfliesse, mein Herze’, with lovely flute and oboe d’amore accompaniment. Padmore himself seemed a little below par (an impression heightened by his newly shaved head; his right foot was bandaged too) but still managed an authoritative account of the demanding Evangelist role and a serene, though possibly too laid-back, realisation of ‘Erwage, wie sein blutgefarbter Rucken’.

Michael Chance has little substance left to his voice these days, yet he can still convey meaning; his rendition of ‘Es ist vollbracht’ was a highlight aided, again, by Manson’s faultless, beautiful playing, this time on viola da gamba.

There were one or two moments where a conductor might have helped to drive things forward (Chance’s first aria, ‘Von den Stricken meiner Sunden’ was bogged down by the oboes making heavy-weather of their obbligato lines), and I was not convinced by the need for the bible and poetry readings which prefaced Part Two of the ‘Passion’.

But these are small quibbles, for this “St John Passion” was a remarkable achievement. The performance was nicely rounded off with an uplifting piece of a cappella Renaissance polyphony (Jacob Handl’s “Ecce quomodo moritur”) in which the orchestral musicians joined the singing with the choir in an appropriately joyous show of camaraderie.