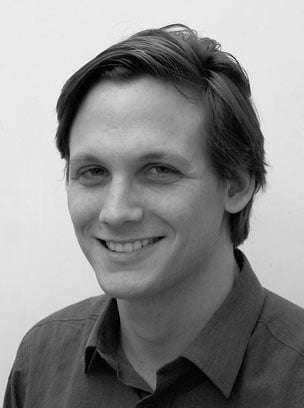 The Oberon Symphony Orchestra scored a notable coup by giving the UK premiere of Rued Langgaard’s Fourth Symphony last autumn and if Dvořák’s symphonic poem The Water Goblin is by no means such a rarity, it merits only an occasional revival in concert halls.

Composed in 1896, The Water Goblin (Vodník) is the first of four such pieces by Dvořák derived – to a greater or lesser degree – from ballads by Czech poet Karel Erben whose generally gruesome scenarios are redolent of earlier tales by the Brothers Grimm. This piece is no exception, its sequence of entrapment, betrayal and revenge conveyed in music (with its sometimes literal rhythmic correlation between literary and melodic lines) rich in those textural and harmonic subtleties by which Dvořák averts any risk of naivety in his musical treatment. Nor is there a lack of cohesion in the work’s overall follow-through, the composer building on the formal innovations of his Seventh and Eighth Symphonies to achieve that seamless fusion of sonata and rondo aspects that requires attentive handling if the music is not to lose expressive focus.

In this respect the Oberon’s performance succeeded admirably, Samuel Draper steering a secure course through the various sections that, for all their pointed contrasts in mood and content, interlock with hardly less seamlessness than in one of Dvořák’s more-abstract conceptions. If the earlier stages just marginally hung fire, an underlying tension came through markedly as initial themes are reprised on the way to an almost Mahlerian denouement; after which, the closing pages convey a very fatalistic tragedy which was unerringly captured in this reading.

It made sense to precede Dvořák’s piece with the Overture to Der Freischütz (1821), as it was in this opera that Weber established the tenets of a musical Romanticism such as held good into the twentieth-century. The introduction, in its juxtaposing of starkness and dreaminess, was a little unsteady in ensemble, but the main allegro evinced a fair head of steam – while deftly interlocking into its lyrical second theme – and with a hushed expectancy before the rhetorical launching of the coda that drives this piece to its affirmative and (as here) decisive ending.

After the interval, Schubert’s ‘Great C major’ Ninth Symphony (1826) presented its customary challenges of rhythmic coordination and sheer staying-power such as were rarely, if ever, shirked by these performers. The first movement’s flowing introduction was ideally judged in terms of its segueing into the main Allegro, and Draper almost justified the exposition repeat prior to a tensile development before maintaining momentum through to an eloquently wrought coda. The Andante brought some notably felicitous woodwind playing, and if the central climax lacked the almost desperate anguish it ideally needs, the final pages were suffused with an aching regret. The strings then came into their own with the Scherzo, its second-half repeat ably maintaining a propulsive energy and the Trio never inflexible in its lilting rumination. Draper rightly opted against observing the exposition repeat in the finale (among the most gratuitous in the symphonic literature), while ensuring a purposeful rhythmic impetus right through to the coda – here despatched with no mean resolve and not a little sense of elation.