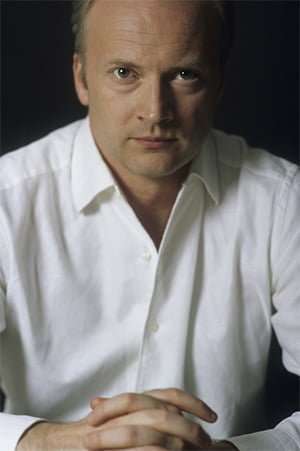 For its home-season opening concert, the LSO reprised the Aix-en-Provence Rigoletto from this summer in a thrilling, fluently staged performance (if there was a director, he or she wasn’t listed). The three principals had not sung in Robert Carsen’s Aix production – a very lurid one, if the pictures are anything to go by – but Gianandrea Noseda’s volcanic conducting was common to both.

Audiences in London have become connoisseurs of the benefits of opera in so-called “concert performance” this summer, and in which the friction between spectators and drama is reduced to the minimum, but this Rigoletto was in a league of its own, a bicentennial tribute to Verdi every bit as stunning as the Proms’ rather more prolonged one to Wagner.

For this we must bow the knee to Noseda’s intensity and charisma, to the extent that, even though he’s a man in vigorous middle age, you did wonder how he just about sustained such ferociously physical, even athletic, engagement with the music. Purely from the orchestral point of view, the results were sensational – from the doom-laden Prelude onwards, Noseda’s grip on the harsh, Mediterranean contrasts of light and shadow was complete, with the brilliant, sometimes brutal brass playing (underpinned by a baleful cimbasso) like a secular ‘Tuba mirum’ and the LSO strings delivering surface and depth that couldn’t have sounded more Italian. 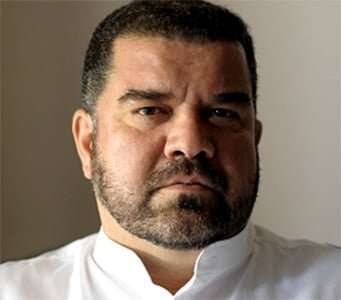 The Greek baritone Dimitri Platanias, who played the title role in the Royal Opera’s revival in 2012, has hugely extended his emotional range as the jester. Even without accoutrements of costume and hunchback, you could feel him battling with the weight of Monterone’s curse, his uncompromising loathing of the Duke and his court, his disarming tenderness towards his daughter Gilda, and the subtle complexity of his anxiety over her abduction (which was a stand-out moment, with plenty of stiff competition, in this performance). His control of phrase and colour was a perfect fit for the music, and with Noseda at the helm, Platanias’s portrayal of Rigoletto’s self-disgust and inner conflict was astoundingly three-dimensional – the tragedy and irony of his ‘Look at me now, world’ in Act Three, when he thinks he’s clinched the Duke’s death, was unforgettable.

Platanias was complemented by the equally powerful performance of the Duke from the Albanian tenor Saimir Pirgu. Pirgu laid down his Verdian credentials with considerable style – his seduction of Gilda in Act One revealed effortless range and quality of tone, helped no end by his insinuating good looks. He capped that with his Act Two ‘Ella mi fu rapita’ (She has been stolen from me), which almost seduced you into thinking better of him, and his ‘La donna è mobile’ had heft and darkness to spare. As with Platanias, Pirgu gave a knock-out performance. Desirée Rancatore, as Gilda, sang a brilliant, musical ‘Caro nome’ and was devastating as she crossed the threshold to her doom, one of the most shocking moments in all Verdi.