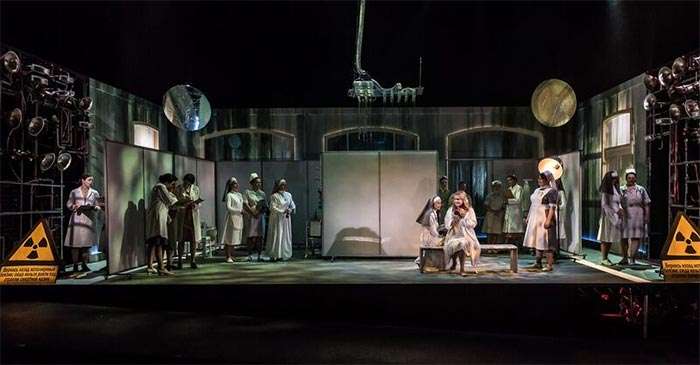 Young women on the verge of full female awareness are the theme of GSMD’s double-bill of Russian opera. Well, sort of. Parasha, the heroine of Stravinsky’s Mavra, outwits her domineering mother by installing her soldier lover Vassili, suitably dragged up, as their new maid Mavra. The deception is revealed when Mother discovers Mavra shaving, in this production up a ladder. It’s hardly a consciousness-raising piece, and as a half-hour comedy slot, production and cast played it loud and proud for laughs.

Mavra was one of Stravinsky’s favourite works, an early neoclassical-type piece full of the composer’s trademark acidic woodwind writing and orchestral chugging, with the exposed lines enhanced by the Silk Street Theatre’s bone-dry acoustic. It is music that hovers between homage and romantic parody and which to some ears observes emotional content without expressing it. Alongside Kelly Robinson’s lively production, Bridget Kimak’s hectic 1950s’ look produces some extreme fashions for the three women, in contrast to the heroic chaos of their home, in sore need of a maid to restore order.

Russian fantasy and humour is an acquired taste, but the cast went for the knockabout comedy with a will. It is sung in English, without surtitles, but it could have been in any language really, since diction, especially from the women, was poor; it was just as well the plot is so basic. The worst words-offender was Margo Arsane as Parasha – a pity, because her bright soprano was a delight, as was her saucy soubrette personality, and she had the knack of wringing some feeling out of her more-tender exchanges with her lover. 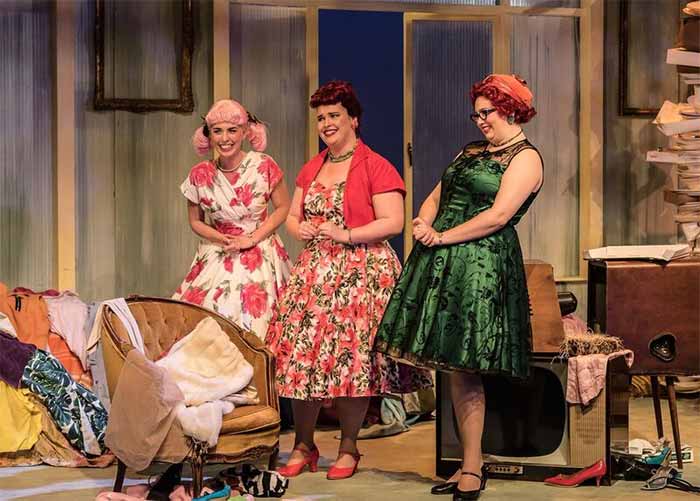 For such a short piece, the production is lavish, and even more so for Tchaikovsky’s Iolanta, his strange symbolist opera about the princess who doesn’t know she’s blind, her blindness a state of ignorance and innocence from which the love of a handsome prince awakens her and bestows sight. At least ninety minutes long, Iolanta is easily a big enough work to stand on its own, with substantial solo roles, a web of Pelléas-like ambiguities to draw in the audience, and a score of top-notch symphonic and melodic breadth.

As Kelly Robinson’s director’s note describes it, Iolanta is a version of The Sleeping Beauty; but it is equally and strongly an expression of the composer’s repressed homosexuality. The production is frantically and technically elaborate, with every backstage department seeming to be given a go. Instead of being surrounded by an impenetrable forest, Iolanta is in an intensive care unit, hemmed in by shiny medical equipment and radiation-warning signs, her isolation increased by some good but extraneous video and laser projections and her every need attended to by a team of nurse-nuns. In this contemporary setting, Robinson ignores the royal lineage of all the main characters except Iolanta’s father King René, which undermines the story’s mystique and romance. It also rather swamped the action, with the result that it can seem like a parade of solo turns and unintentionally emphasising it as an opera that thrives on concert performances. 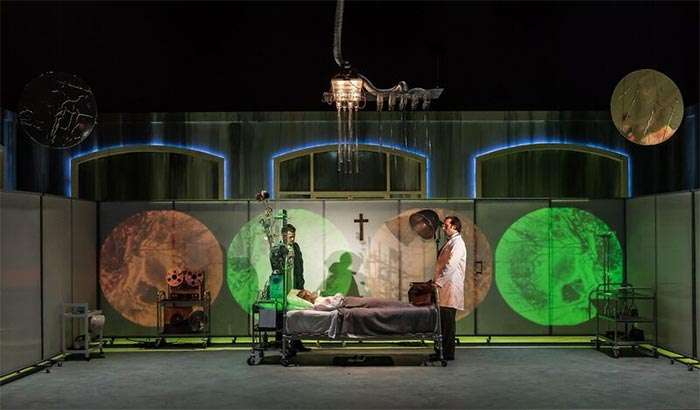 But stick with it. This is major Tchaikovsky, and singers and orchestra rise magnificently to the occasion. In a role that connects easily with Tatyana in Eugene Onegin and Lisa in The Queen of Spades, Joanna Marie Skillett brought impressive lyrical radiance to Iolanta, like Mélisande in her baffled passivity, then moving into the light with tear-jerking passion. David Ireland played King René with a strong awareness of a father’s reluctance to give his daughter away to another man, and he sang with Prince Gremin-like authority.

It was easy to imagine Dominic Sedgwick’s high, elegant baritone fitting Pelléas like a glove, and he was excellent as the conflicted Duke Robert, Iolanta’s intended since childhood but in love with another. Prince Vaudémont, who falls in love with Iolanta at, appropriately, first sight, was sung at full, ardent tilt by Dominick Felix, who somehow had more stops to pull out in the love duet. Joseph Padfield was superb in the strange role of the Arabian Dr Ibn-Hakia, who thinks he knows how to cure Iolanta – and he gets a slice of very unusual music in his big solo, in which Tchaikovsky teeters on the edge of Philip Glass minimalism.

The smaller roles were all strongly taken, notably by the carer husband-and-wife team of Marta (Jade Moffat, who gets more of a chance to show off her lovely mezzo than she did in Mavra) and Bertrand (stylish singing from Bertie Watson) and a fine Almeric from Eduard Mas Bacardit. Dominic Wheeler steered soloists, chorus and orchestra through the staging’s complexities to a seismic conclusion. Iolanta is, for some reason, a rarity, so don’t miss it.