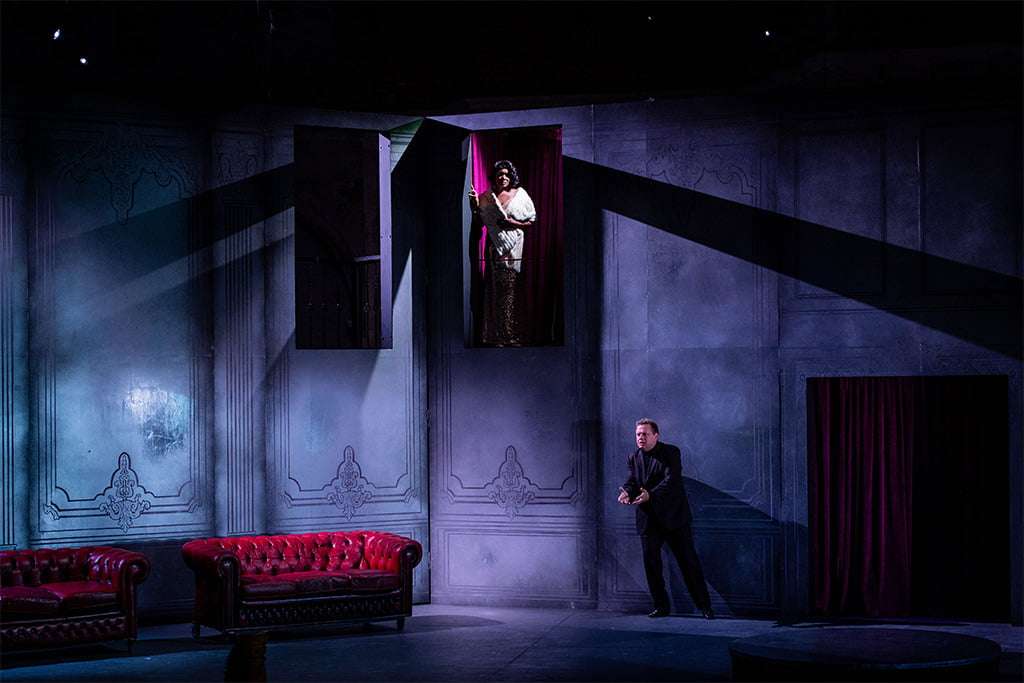 Puccini’s breakthrough opera was last staged by Opera Holland Park in 2006, a brave endeavour given that each Act evokes a disparate world. Faced with a shallow performance space and a limited budget, director Tim Carroll’s solution was to focus on the intimate human story while designer Bob Bailey provided minimalist white-themed props and dazzling, period-inspired costumes. Since then we’ve had what critic Rupert Christiansen described as “one of Covent Garden’s most gratuitously ugly and aggressively nasty productions ever” from Jonathan Kent in 2014. This new OHP show, the first in its new season, falls somewhere between these extremes while further weakening the narrative thrust intended by the composer, It is the work, and the reward, of director Karolina Sofulak and designer George Johnson-Leigh, joint first-prize winners of the tenth European Opera award.

We are in some kind of club for the first Act, evoked with red-leather sofas and a bar, and there’s a plausible if slightly tatty Parisian boudoir for the second. After the interval the sense of place evaporates altogether. As far as one can tell, Manon is not deported to Louisiana. In Act Three she is caught up in another voyeuristic spectacle, less Kent’s reality-TV programme than the evening-wear round of an old-style beauty pageant. In Act Four Manon eventually adopts an iconic posture beneath a solitary street lamp, somewhere outside the studio. While she isn’t condemned to expire (implausibly) of thirst on a motorway fly-over, it is difficult to understand quite what’s happening as she withdraws from her lover rather than dying in his arms. The intention may be to query not only the transactional nature of Geronte’s infatuation but the illusory nature of des Grieux’s romantic love. Desert or no desert, she’s still in her gold-lamé gown and can’t escape society’s expectations. Times may change but a woman can access power and money only through marriage or a liaison. Or something of the sort.

In the early scenes Sofulak seems more interested in the minor characters than the protagonists, often relegating principals to the margins of the stage. With only a modest piece of double-sided scenery at the rear, attention focuses on the costumes and the lighting, both often strikingly vivid if curiously disconnected from the plot. More problematic is the reductive stereotyping, whether or not meant to point up 1960s’ attitudes. Choreography is made to feel important (if detached). Bar-customers succumb to the early-Sixties dance craze, the twist. Later they play Twister, the American party game which Wikipedia tells us became a US sensation when featured by Johnny Carson on The Tonight Show in 1966, the significance being perhaps that it was accused of selling sex in a box! In Act Two Sofulak introduces an offensively sissified photo-shoot, less Antonioni’s Blow Up than Are you being served? Paul Carey Jones’s capricious, elusive Lescaut is also slightly camp. Is he the only one to have achieved real intimacy with his sister? 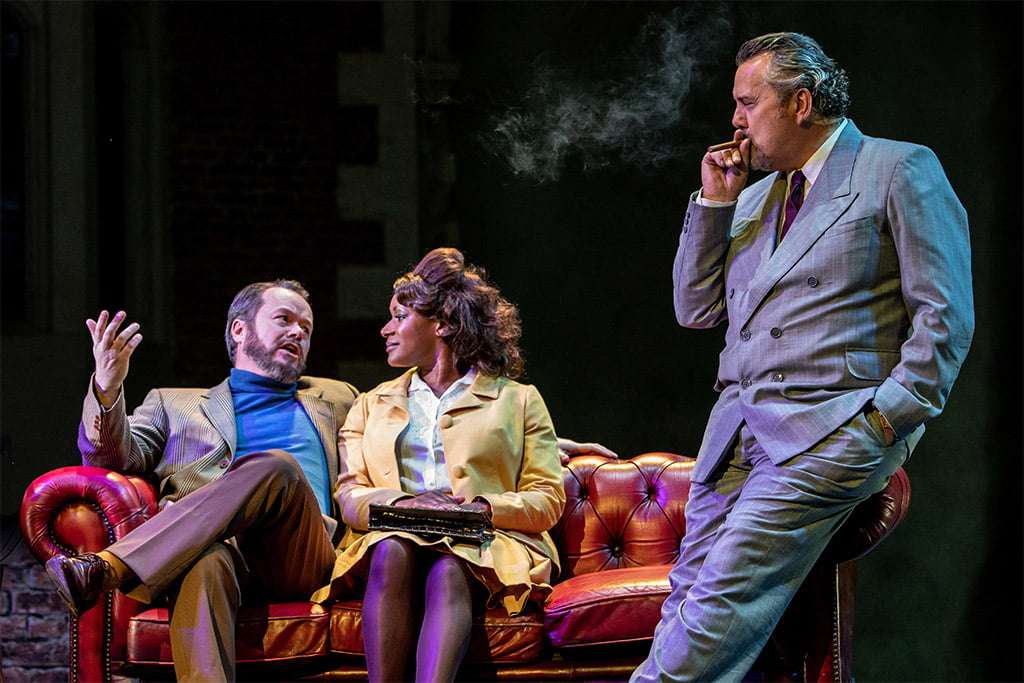 The characterisation of Manon’s lovers goes against expectation. As the tenor ‘hero’, Peter Auty gives a creditable performance in that the voice is large enough and the top notes, while not reached without effort, are all there. That he is a little old for the part need not matter at all, except that there is literally nothing in the direction or the costuming to suggest that he is a student, mature or otherwise. He and Manon are reluctant to touch. Stephen Richardson’s confidently projected Geronte di Ravoir is not portrayed as a dodgy ‘protector’ or a dull old lecher or a total villain or anything else in particular. But surely they should not seem the same age.

On the night Elizabeth Llewellyn disappointed just a little, for all that her big aria, ‘Sola, perduta, abbandonata’, proved very moving as well as vocally strong, belying recent illness. Her gorgeous, soft grained timbre is a conventional fit for the character, her biggest problem is the way the directorial team has her stand about doing nothing very much, her femininity beleaguered or literally ‘framed’ until that mysterious final retreat. It’s all quite a contrast with 2006 when OHP had the formidable Amanda Echalaz to give her a feisty, tigerish makeover.

With the OHP ‘pit’ accommodating no more than around forty personnel, the City of London Sinfonia employs a reduction credited to Tony Burke. Very little of significance is lost, the balance is excellent and the playing assured. Under the conducting of Peter Robinson, there were few first-night nerves. The local peacocks, silent before the interval, made their idiosyncratic presence felt only in the glorious ‘Intermezzo’. Puccini offers cod classicism, Wagnerian reverie and full-blown melodrama. Only the staging was muted. So no tears.