The Park Lane Group has been part of London’s musical life for more than half a century, presenting young artists in new or newish music. Many firmly established artists have been nurtured by PLG, and its South Bank residency just after Christmas is a great and positive start to the New Year. 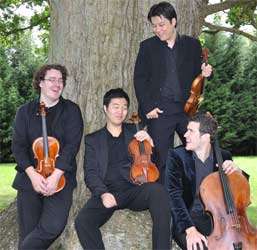 This brace of concerts started with the Idomeneo String Quartet, formed in 2009 and surely destined to become a front-runner in such a crowded field. The musicians’ fluid, natural ensemble and mercurial musicality suited the heartfelt romanticism of Simon Rowland-Jones’s Third Quartet, in which the spiky, Tippett-like lyricism of the first movement gives way to a passionate Adagio built on one simple, eloquent musical gesture. If anything, the Idomeneo players were even better in Shostakovich’s Ninth Quartet. The players’ light, bright and nervy sound fitted the contradictory, fragmented nature of the music very well, and revealed the work’s frustratingly cryptic idiom. The last time I was on the receiving end of a young ensemble of this quality was with the arrival of the Pavel Haas Quartet, which is intended as a compliment.

The second concert of the evening was shared between a piano trio and a baritone and pianist. The three Fournier players all have awesome but restrained technical ability and highly attuned chamber-music antennae (the Australian cellist, Pei-Jee Ng, also has a duo with his almost-identical twin brother, Pei-Sian). They got under the impressionist skin of Turnage’s A Short Procession, conveying its funeral lament into a brief study of muted but powerful colours and shifting tonal planes. Not the merriest start to a concert, perhaps, but done with great conviction. Much more of a stretch for them was Flux and Stasis by Daniel Kidane, the result of the young composer’s travels in East Africa in 2009 and his experience of and musical reaction to a mirage, an easily explained natural phenomenon and one with just as easily understandable visionary implications. In terms of the music’s resources of string harmonics and tremolos, and chordal mightiness for the piano, Kidane has perhaps drunk deep at the Messiaen oasis, but the 10-minute piece did speak of stridently lit mysteries, and did so with rigour and assurance. In short, it worked, and the Fournier players were keenly alive to its glittering soundworld. Their third item, Timothy Salter’s Piano Trio, was also the longest and showed off the Fourniers’ remarkably fresh and intuitive response to the music’s structural and rhythmic complexities. The Mahlerian elegy, with its marking-time pulse holding the music in a state of suspension and a finely judged, vanishing-point conclusion were impressive. 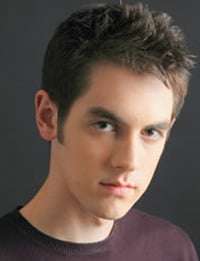 John Savournin’s song programme was even more wide-ranging. Philip Grange’s settings of five Edward Thomas poems caught the English ruralist, slightly Housmanesque flavour of loss and longing, although some of the piano part was too massive to gel with the vocal line. The faltering, uncertain music for the fourth song, ‘Roads’, was the most strongly evocative. Alison Bauld’s short scena taken from Desdemona’s death scene in Othello put the singer first in a mini-melodrama of powerful directness, with the singer lapsing in and out of speech to great effect. Richard Baker’s settings of Lavinia Greenlaw’s Slow passage, low prospect inspired by Aldeburgh, had a wonderfully immediate, vivid piano part, with a terrific range of mood. Any composer seeking a shot in the arm from this particular Suffolk setting runs an obvious, comparative risk, but Baker’s fluent, almost conversational expression was very much his own.

This was the first time I’d experienced baritone John Savournin, and it was a real pleasure to have expectations and assumptions so thoroughly confounded. You assume that his slightly owlish appearance and conventional, British bearing will be reflected in a similarly correct performance. Well, it wasn’t. I quickly became aware of a subversive charisma with great potential for comedy, and an ability to project even when singing from a score and a strongly communicative acting style, and an equally strong, attractive voice, all of which brought these four big works to vigorous life. If that’s star quality, Savournin’s got it. So does his pianist James Young, the composer of the last work in the concert, setting from writings by John Taylor, a seventeenth-century parodist and nonsense poet. On the evidence of James Young’s selection, the poetry is pretty hard to get in ten goes, let alone one, but he caught the spirit of it explosive fantasy in music of similarly colourful wit, expertly, even heroically played. We live in the midst of such amazing talent.