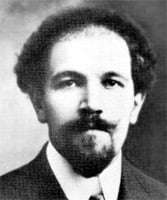 It is surprising that Nikolay Medtner’s three piano concertos have not maintained more of a hold on the repertoire, as their synthesis of formal ingenuity with expressive richness in an idiom that is – however obliquely – ‘of its time’ ought to find ready support in terms of both pianists and audiences.

Boris Berezovsky has certainly taken up the cause: two years ago, he gave a fine reading of the First Concerto with the Philharmonia Orchestra and here it was the turn of the (also in C minor) Second Concerto (1927). Coming almost a decade on, it reflects the classicising tendencies of its era – the three movements being sharply contrasted while, as their respective headings indicate, drawing on procedures that have roots in the Baroque and early Classical periods – if in a less self-conscious way than his younger Russian contemporary Stravinsky. Rachmaninov is (too) often quoted in connection with Medtner – and indeed received the dedication of this work (duly reciprocating with the dedication of his Fourth Concerto) – but the latter’s essentially Germanic conception of form and his preference for organic structures places him more firmly in the line stretching from Beethoven, via Schumann, to Brahms. 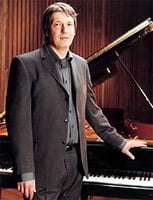 Playing from the score (not in itself a failing!), Berezovsky initially seemed a shade tentative – the opening of the ‘Toccata’ should exude greater dynamism and rhythmic agility – but the second theme did not lack expressive warmth and the intricate development evinced real cumulative intensity. Nor was the cadenza that largely accounts for the reprise other than impressive in its emotional breadth, before the movement steals away in a teasingly equivocal coda. Andrew Davis drew attentive playing from the Philharmonia (though rarely scintillating, Medtner’s orchestral writing is never dull): he and Berezovsky made the most of the textural contrasts pervading the ‘Romanza’ – an intermezzo-cum-scherzo of which Brahms would have been proud – then invested the ‘Divertimento’ with a continuity as makes it more than the sum of its deceptively episodic parts. Witty, at times even humorous, it also belies any notion of undue earnestness or stolidity that still affects this composer’s reputation. 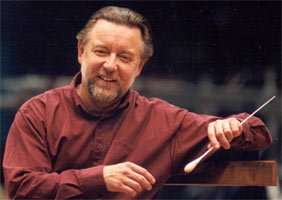 A fine performance overall, then, and Berezovsky had enough in reserve for a bravura rendition of the ‘Campanella’ Skazka (Tale, Opus 20/Number 2) as an encore. Dare one hope for Medtner’s Third Concerto – the most elusive and also the most personal of the three – with this orchestra and conductor?

This neatly-programmed concert had begun with an engaging if not ideally capricious account of the overture to Berlioz’s final opera (and his last major work) “Béatrice et Bénédict” (1862), and concluded with a never less than enjoyable take on Dvořák’s Sixth Symphony (1880). The most expansive of his mature symphonies, and one that draws intently on Brahms’s Second in its outer movements, this can easily drag in performance. Davis did not quite get the first movement’s ‘non tanto’ marking spot on: the exposition was over-wrought for all its melodic felicity; the harmonic ambiguity and contrapuntal interplay of the development were too contrived to be inevitable, while the coda was over-emphatic.

The Adagio was unalloyed delight – Davis as alive to its generous lyricism as to the abruptness with which Dvořák varies the expressive feel of his motifs, and drawing a melting poignancy from its coda. The Furiant-inspired scherzo was vigorous if a little unyielding in its rhythmic profile (the final bars too inhibited fully to ‘take flight’), but the piccolo-capped trio made for a pastorale of wistful charm. The finale is not easy to hold together: Davis was right not to press the exposition too hard though the development, with its extensive imitative passages and the portentous culminating chorale, again seemed too prolix for its own good. The coda, however, was finely done – with the climactic return of the main theme ensuring a peroration that did not impede the exhilarating surge through to the close.