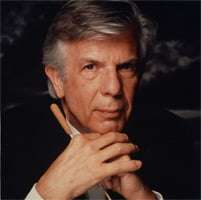 Christoph von Dohnányi’s penultimate Royal Festival Hall concert as the Philharmonia Orchestra’s Principal Conductor was undoubtedly a special occasion although it marked not so much the end of an era as a moment of transition since Dohnányi will now become Honorary Conductor for Life.

Originally billed as opening with Mozart’s ‘little’ G minor Symphony (No.25, K183), the programme was changed to include instead Mendelssohn’s ‘Italian’ Symphony, a work with which Dohnányi clearly has an affinity since he made one of the very first digital recordings of it with the Vienna Philharmonic and a concert performance has been issued by the Cleveland Orchestra.

On this occasion the Philharmonia’s playing took a little time to settle, the first movement (minus exposition repeat) having a few rough edges but thereafter all was conspicuously well. In the second movement, the Pilgrims made good progress in their closely observed religious procession, neither hurrying nor dallying unduly, whilst the third movement was a microcosm of all that is best in this orchestra/conductor partnership – precise note values, a cultivated blend of strings and wind and an acute awareness of Mendelssohn’s soundworld (in the trio’s distant horn calls, Mendelssohn’s music for “A Midsummer Night’s Dream” was never far away). The Saltarello finale was notable for its focus and finesse, restrained dynamic levels allowing us to hear much inner wind detail frequently obscured. 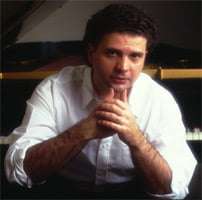 Beethoven’s Third Piano Concerto brought an outstanding partnership with the Swiss pianist Andreas Haefliger. Having heard Dohnányi accommodate himself to various ‘star’ pianists in this concerto, with Haefliger one had by contrast the satisfying sense of a genuine marriage of musical minds. Like Alfred Brendel (with whom Dohnányi collaborated in this work last year), Haefliger is a player with a fine sense of classical style, clean without being prissy, dovetailing beautifully in his exchanges with the orchestra yet able to touch on deeper things as in the solo with which the Largo begins which stole in with an almost improvisatory feel. The finale had a dry wit, full of character yet avoiding any hint of overstatement. Dohnányi pounced in cat-like style at the danger-point in the coda.

Of the Fifth Symphony one could simply say either that it was so good as to require no comment or one could write a bar by bar appreciation. Suffice it to say that if a musical monument were required to what Dohnányi has achieved during his years with the Philharmonia, this would be as good as any. Perhaps the best compliment is to say that seldom can the full potential of a great work have been released with so little overt fuss or without the slightest hint of exaggeration. With doubled winds and a full string complement this was big-orchestra Beethoven in the grand manner but completely devoid of any of those distortions that many conductors of the older generation sometimes brought to this music. Above all it was notable for the precision of orchestral balances, dynamics precisely calibrated, and for its well-judged tempos – the Andante con moto light on its feet and sufficiently forward-moving to avoid any hint of pomposity, the finale making its full uplifting impact at a perfectly-judged Allegro, sufficiently slow to allow the trombones their full weight and for the strings to articulate cleanly, yet fast enough for the music’s exultation to culminate and spring from the page with complete naturalness.