Something missing, something added; something nondescript, something impressive. Such were what turned out to be the Philharmonia Orchestra’s HK Gruber-linked concerts. The nondescript was the Beethoven. Andris Nelsons, dressed for jogging, led a pastel-shaded Leonore No.3 that was fatally undermined by being unnecessarily bass-light – six cellos and four double basses is taking ‘authenticity’ too far (and is also poor judgement in this Hall). This potentially titanic piece had its allegros hard-pressed, which taxed violins (the two sections lumped together) and woodwinds. For all Nelsons’s gyrations (and they can be resistible), this was a performance that still needed working on and was sadly lacking in drama and tension-racked release; and further compromised from two nights earlier when the LSO had revealed Mahler’s potent re-scoring of Leonore No.3 (with a “barracks” trumpet solo and all) to give the full-on, hefty, Romantic and theatrical impulse that Beethoven, an eye on posterity, surely realised was there for the taking. Such comparisons aside, on its own terms Nelsons’s view was watered-down and rushed.

Conversely, Ein Heldenleben was tremendous from first note to last, music that can seem too familiar and easy to take for granted, yet here made compelling. Nelsons lives every note, his enthusiasm and energy are not in doubt, and sometimes he shapes music rather than conducting it. Maybe a designer approach is commensurate with Strauss’s music; certainly conductor, players and work seemed inseparable. With the Philharmonia Orchestra (with a full complement of cellos and basses, of course) now on top form, this account had self-assured sweep and vivid detail from the off, proud and resolute, but with room for an effective allargando, such broadness adding dignity. The ‘Hero’ is Richard Strauss himself (albeit still with fifty years of life and creativity ahead of him), someone not necessarily a fan of (us) critics, here mercurial and sniping, gone in a flash! If the Hero is Strauss, the ‘companion’ is Pauline de Ahna (Frau Strauss), winsomely introduced by Zsolt-Tihamér Visontay (fresh from a successful Wigmore Hall recital, also two evenings ago), captivating, the Philharmonia’s Leader seducing the audience with superbly characterised playing that did the range from tender to (foot-stamping) petulance. With a ‘Battle’ notable for its lucid conflict (percussion touched-in rather than gratuitous) and the superimpositions and interjections of the ‘Works of Peace’ (Strauss self-quotations) not the sagging diversion it can be, this was a spine-tingling performance of wide dynamic and emotional range, silences tellingly charged, Visontay joined at the close by a beautiful horn solo, presumably from Alec Frank-Gemmill (listed as second horn). 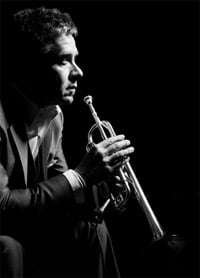 If Nelsons and the Philharmonia found each other for a ripe, subtle and new-minted Ein Heldenleben, his conducting of the Haydn had been somewhat stylised and precious. It seemed a long way for Håkan Hardenberger to come for fifteen minutes of fame (and he had withdrawn from Music of Today). Genius he undeniably was, but Joseph Haydn’s Trumpet Concerto is a slight if likable piece (Hummel’s example is much finer). Hardenberger (sartorially striking) played it almost too well, the epitome of elegance, poise and golden tone, nearly making an anyway-lightweight piece seem inconsequential; notably, if for the wrong reasons, the Andante became a melancholic Largo, almost suggesting a half-speed rehearsal. 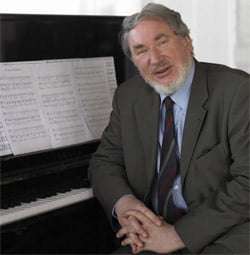 Anyone who noticed David Corkhill (percussion) and Mark van de Weil (clarinet) sitting in the orchestra if not required for the Haydn would have known that something was ‘up’. That something, for those of us in the RFH since early-evening, was a little more HK Gruber, his Three MOB Pieces – for a trumpet in E flat, one in C, and the finale for piccolo trumpet. Delicious and delightful music from a composer (born 1943) who can trace his ancestors back to the Gruber of “Silent Night”, HK himself is not a creator to pigeonhole – he can do angst and apocalyptic just as well as friendly and popular – the MOB triptych (‘Patrol’ – ‘After Heine’ – ‘Verse’) bringing insouciance, soft-shoe-shuffle and unpredictable high spirits; light music in the best sense if not without puns and paradoxes (as Gruber had said earlier, music that does what it’s supposed to do isn’t for him), and brilliantly brought off here, Gruber delighted. This was more than an encore!

That Hardenberger hadn’t played Gruber’s Exposed Throat earlier is now even more mystifying. “Scheduling difficulties” seems an unconvincing reason given this work is for solo trumpet and requires only a player and his instrument who can practise anywhere anytime (and very likely it’s standard repertoire for Hardenberger). But here he was, armed with trumpets, and in a position to play an unadvertised (kept under wraps?) Gruber piece, which needed preparation with an orchestra, but not the one he was programmed for, which doesn’t. Nevertheless, the free and informal Music of Today had been well worth attending. Gruber was informative and entertaining in what he had to say, Julian Anderson (MOT’s artistic director) dry in his observations, the composer then conducting Zeitfluren (Timescapes, 2001), a 25-minute work for a mixed ensemble of 18 musicians, the ‘usual’ woodwinds doubling on piccolo, cor anglais, E flat and bass clarinets, and contrabassoon. Its two movements of equal length are ‘Nachtstaub’ (Nightdust) – slow, hypnotic, with Ligeti-like colour-chords, dark yet comforting in its fluorescence, disturbing in the gong-laden climax, and reminding of Mahler 10 – and ‘Anderstag’ (Another Day), which is pervaded by 1920s’ German dance music (Ralph Benatzky, Robert Stolz) if on the subversive edge of Berg’s “Lulu”, a perpetuum mobile that may be ‘in 4’ but the music’s intricacies make unstable such a familiar beat (the many notes meticulously placed throughout). Gruber himself conducted a polished and wholehearted performance.