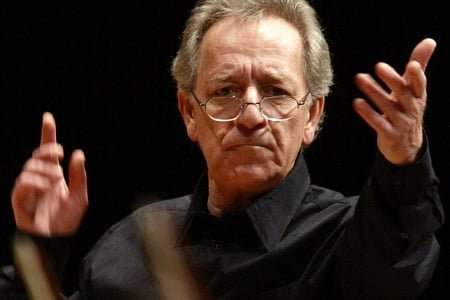 The Philharmonia Orchestra closed its 2012-13 Season in witty and dramatic terms with Yuri Temirkanov conducting Rossini and Sibelius. The humour came in the Overture to The Barber of Seville, deft and lyrical with a twinkle in the eye; yet dynamics were narrow – a liability for music written by “Il Signor Crescendo” – and there were some unusual (and unconvincing) emphases. Which score did Temirkanov use? (Alberto Zedda has been preparing critical editions of Rossini’s operas.) Here bass drum strokes were irritatingly far too many, there were no trombones, and some articulations could have been either the conductor’s fancy or an editor’s concoction followed literally. (There are numerous arrangements of the piece – such as for solo flute, and for four cellos – and some bods have had the temerity to re-orchestrate it!) Nevertheless, with a splash of greasepaint, springy rhythms, and with solos consistently well-taken, this performance had a joie de vivre that was appealing. 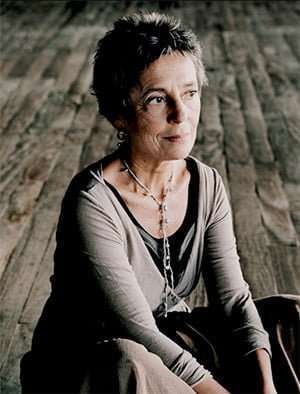 It was just a year ago that Maria João Pires played K466 in London (with Bernard Haitink and the LSO). As then understatement informed her reading; also as then she found a sympathetic and attentive conductor. Temirkanov set a wonderfully moderate tempo, the mood dark and pensive. Pires played with sensitivity and shape on a well-modulated Yamaha, saying so much through supreme art and having trust in the composer, the journey intensified by the use of Beethoven’s distinctive and inimitable yet well-fitting outer-movement cadenzas. The central ‘Romanza’ was easeful but with no lack of pathos; complemented by beguiling woodwind-playing the stormier central section made a natural corollary. The finale, again moderate, was also vital and certain of its direction. Pires’s gentle touch, her innate responses, and her unassuming yet penetrating musicianship worked wonders.

Sibelius’s Second Symphony has been a staple in the Philharmonia’s programmes in recent years, including performances conducted by Lorin Maazel, Charles Mackerras, Vasily Petrenko, Mikhail Pletnev, Esa-Pekka Salonen, Kurt Sanderling and Leif Segerstam. Temirkanov, now 74 and music director of the St Petersburg Philharmonic since 1988, brought new life to this much-played piece. The Symphony tripped-in to perfect pacing and soon became expansively expressive, the Philharmonia players digging-in, even heart-on-sleeve. This was a flexible view, thrillingly quick at times, pulsating with emotion, with the brakes applied when a grand statement was needed; yet such fluctuation cohered, the Philharmonia was convinced and convincing. It really meant something. Temirkanov underlined the volatility of the second movement, the strings rapt and rich-toned, with outbursts ferocious and vivid; through a mix of semaphore and (baton-less) conducting as we know it, Temirkanov secured a musically focussed and impassioned response while avoiding sickly sentimentality and false rhetoric. Differentiations also abounded in the scherzo, rapier-like in the fast sections, lovingly drawn-out in the trio with Christopher Cowie’s oboe solos being the epitome of eloquence; yet at no time was Temirkanov wilful, and certainly not when he so-deliberately ground-out the transition into the finale, such spaciousness continuing into the last movement and maintained throughout it. This most expansive of conceptions, with comparisons to late-Bernstein and Celibidache, and maybe broader than either, certainly had an adagio element, but Temirkanov guided it with surety through spellbinding reflections and ever-growing triumphalism, finally released not to flag-waving but as a noble, golden-toned peroration that was awesome and uplifting.

This was not an everyday Sibelius 2 (it was far too personal for that) and, sadly not recorded, must be counted as a glorious one-off, albeit something that will live long in the memory. Yuri Temirkanov returns to the Philharmonia on 31 October for a RFH concert that includes another Second Symphony, Rachmaninov’s. Long may Temirkanov have Philharmonia dates in his diary.