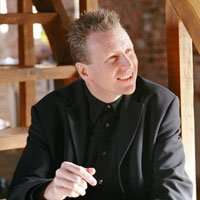 Piers Lane has given us some memorable Wigmore Hall recitals. This particular one found the pianist in thoughtful, even contemplative mood, producing beguiling tone from the ‘oldest’ of the Wigmore’s three pianos, its warmth and lack of steely brightness a constant pleasure as well as being completely at-one with Lane’s unforced, discriminating but never bland soundworld and his candid and focussed musicianship. Lane’s attractive and substantial choice of works looked good on-paper and proved a diverting programme during the concert itself.

The 10-minute Schubert sequence of thirteen miniatures was an enjoyable entrée. Maybe Lane was a little too ‘strict’ in the rumbustious numbers, here muscular and earthy, for it was the tender pieces that most engaged – not least the A major Valse sentimentale that closed Lane’s chosen slices of Schubert and this particular running order.

The most-intimate movements of Brahms’s final set of Pieces for solo piano (three intermezzos and a rhapsody) enjoyed a lofty outing, eloquent and burgeoning, Lane revealing the shades and shadows that flit across Brahms’s private but universal expression. If the third Intermezzo lacked the ultimate in lightness and wit – at least as defined by Clifford Curzon’s incomparable Decca recording of it – then Lane found the heroics and inwardness of the final Rhapsody and redefined its scope. Lane’s view of Beethoven’s penultimate piano sonata was particularly poetic in his ability to distil a fine balance between extemporisation and logic. The scherzo however could have been more volatile, schizophrenic even, but the slow movement was transporting and the emerging Fugue had the timelessness of Bach, Lane’s left-hand producing a particularly sonorous bass sound. There are greater extremes in this music, though, and what might be termed the ‘sunrise’ coda that signal the very final bars didn’t quite emerge as liberating enough.

With the Four Ballades, Lane once again demonstrated that he is a Chopin pianist of very particular distinction. The emotional and dynamic contrasts that seemed somewhat within parameters in the Beethoven were here unshackled to stimulating effect, Lane even getting the bass of the piano to growl a little. What was particularly compelling was that each Ballade emerged as an integrated whole, one episode inextricably linked to the next, nothing spotlighted, yet the emotional contrasts were many and dramatic. Lane’s unfailingly musical sense of organic growth reminded of Chopin’s reverence for Bach and Mozart; and whether cutting loose or revealing with finesse and sensitivity the many enchantments these pieces have to offer, Lane’s seamless unfolding of each Ballade took us four times on very meaningful journeys.

It may just be that the highlight of the evening was Lane’s first encore, a Chopin Nocturne (I believe it was the one in E flat, the second of the Opus 9 collection), a suggestive and perfectly paced account in which each note had its place and every decoration was absorbed into a fragrant progression. For Lane’s second encore, well, we’ve been here before, and although the jokes may now have palled a little for a third-time listener, truth to tell that Dudley Moore’s Parody on Beethoven still raises a smirk and had some in the audience rolling in the aisles. It’s vintage ‘Dud’ – given his comedic ‘day job’, it’s easy to forget that Moore was a considerable pianist and musician – and his affectionate Mickey-take of Beethoven’s music suggests he really knew his Ludwig. Piers Lane continues to deliver this party-piece with skill, flawless timing and vivacious impersonation.