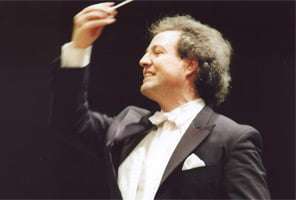 Steven Stucky’s Silent Spring was commissioned by the Pittsburgh Symphony Orchestra in collaboration with the Rachel Carson Institute to celebrate the fiftieth anniversary of the publication of her eponymous book. Carson, also a marine biologist, is a Pittsburgh native. Stucky wrote that he strived to make a connection between science and music in his tone poem, which is in four interlinked sections titled after chapters in Carson’s book and, finally, the book itself.

The densely scored piece is cinematic in nature, richly evocative of a dark and ominous emotion. The opening, ‘The Sea Around Us’, begins with a murmur in the winds, and repetitive patterns of notes evoke comparisons to waves. The tonal center becomes ambiguous during ‘The Lost Wood’, implying a sense of foreboding that reaches fruition in ‘The Rivers of Death’. Cascades of descending chromatic scales grow in intensity, leading to a lovely echo-effect of violins playing divisi, each desk’s players responding to the musicians in front of them. The final ‘Silent Spring’ section reduces the volume but not the intensity, the music fading away but the emotion lingering. Manfred Honeck led an accomplished performance of this evocative work.

The orchestra appeared to lose its confidence in the Prokofiev, as Honeck frequently lagged behind the virtuosic Hilary Hahn, the accompaniment unduly subservient. In this lyrical concerto the orchestra should function as an equal to the soloist, enriching the variety of colors and effects, but here the piece came across as emotionless. Hahn attacked the work with an impressive technique and brilliance of tone in her upper range. She emphasized the rhythmic nature of the piece, but its lyricism was lost owing to rigid tempos. There was no breathing space, and her performance, though exciting, felt overly serious, with no sense of playfulness to diversify the mood. Hahn‘s encore, the ‘Sarabande’ from J. S. Bach’s D minor Partita, was exquisitely phrased, smooth and rich in tone, with a keen sensitivity to the notation matched with a highly personal interpretation.

Tchaikovsky’s Fifth Symphony received a lukewarm response at its premiere, dashing the composer’s confidence in the piece. This performance unfortunately verified Tchaikovsky’s verdict. Honeck began with a cautiously stated theme, its phrasing far from relaxed, but the seemingly countless repetitions of this melody were stilted, never changing in the slightest. Tchaikovsky’s considerable genius was forgotten as Honeck had the orchestra play as loudly as possible at every opportunity, with no sense of restraint, and overused in the extreme in the brass. In the second movement the large string section was at its best in louder passages but lacked a sense of purpose whenever the music slowed or softened. Woodwind solos were note-perfect but cautious, emotionality reined in. The third-movement waltz was the least troublesome, its lighter mood kept alive by precisely rendered fast scales, yet ritardandos were unnatural and energy-sapping. In the finale, the heavy-handed restatement of the initial theme felt utterly redundant, and the over-the-top pageantry of the faster passages had a frenetic energy that failed to sustain interest.