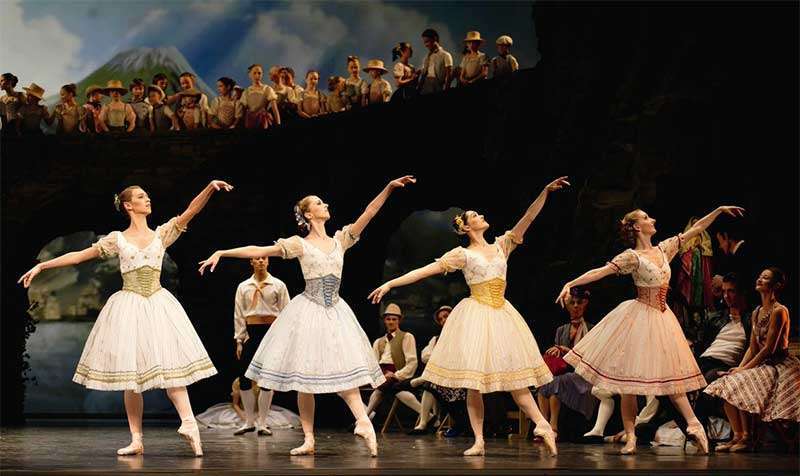 To see Bournonville’s choreography makes a red-letter day for any dance lover; to see it danced by dancers from his own company, The Royal Danish Ballet, is doubly exciting – today’s dancers are direct inheritors of the choreographer’s aesthetic, artistry and genius. While a handful of dancers appearing at the Peacock Theatre without sets or live orchestra does not look particularly attractive on paper, the reality was one of almost unalloyed delight: principal dancer Ulrik Birkkjaer astutely chose highlights from the Bournonville canon and selected some of today’s finest exponents of the style, with the addition of young corps de ballet members who will, one trusts, carry the flame in the future – the performance became a cascade of the finest choreography performed, for the most part, in as true a style as can be found.

Bournonville’s approach is totally modern – he was unwilling to keep the men the background as porteurs, and his ballets contain as much for the male dancers as for the female (both sexes often perform exactly the same steps), and thereby engendered the still extraordinary stream of exceptional male dancers who emerge from the Royal Ballet School in Copenhagen. His heritage is a precious and unique jewel entrusted to each generation of dancers.

Birkkjaer himself is a real stylist, revelling in the elegance and sheer class of the choreography, establishing the all-important contrast between the hard-working legs and feet and the relaxed upper body, and phrasing his movement with sophistication – his James in La Sylphide showed his engaging, open stage persona to the best advantage and contrasted beautifully with Gudrun Bojesen’s thistle-down sylph. The Danish school is also one characterised by a lively and intense theatricality and it was a treat indeed to see Sorella Englund as the vengeful Madge who engineers the Sylph’s death and James’s destruction. She remains an artist of the most chilling power in this role, and it was a tribute to these three artists with only three attendant sylphs that the story and pathos of this supreme example of Romantic narrative were conjured from the bare stage. 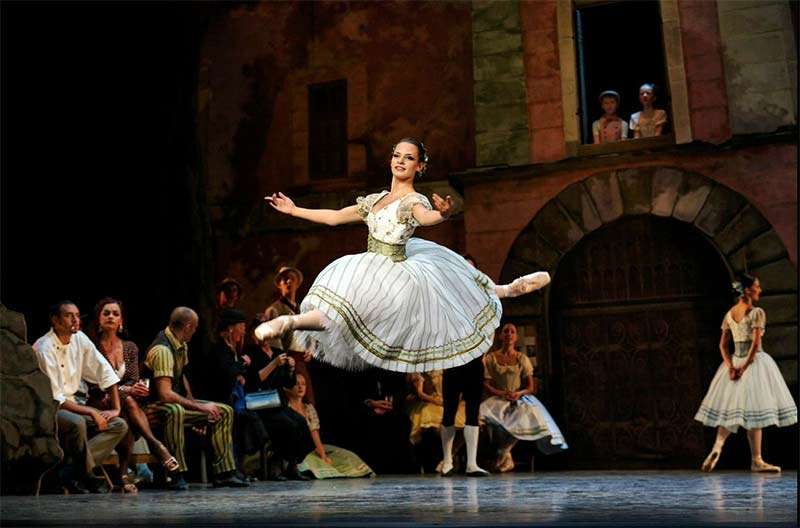 Elsewhere, jewels of the Bournonville repertoire shone brightly – the trio from Conservatory (Konservatoriet), the choreographer’s 1849 evocation of his own experiences in ballet class in Paris in the 1820s, was beautifully rendered, not least by Birkkjaer again as the Dancing Master, his tight, fluttering footwork a joy to behold. Diana Cuni, now a veteran company dancer, showed herself to stylishly, understanding the nuances and inflexions that make the movement sing – she was particularly impressive in the final section from Napoli, her solo full of light and shade. Gregory Dean, an Englishman who went to Copenhagen and now returns to capital as a Principal, was the fleetest of foot imaginable, expert in the ‘skimming’ quality that Bournonville dancers achieve as they skitter across the stage in enchaînements of pure delight. His solos in Napoli and the A Folk Tale pas de sept were highlights, and emphatically gainsay those who, when he left Scottish Ballet to go to Copenhagen in 2008, said that they were not sure he would be able to cope with Bournonville!

There is hope for the future in the form of the young corps de ballet members, not least Andreas Kaas who stepped in for an injured Alban Lendorf to dance the Flower Festival at Genzano pas de deux with Cuni, and impressed with his elevation and his tight footwork – however, both he and Sebastian Haymes need to ‘tone down’ their performances at times, Bournonville not requiring any element of ‘flashiness’ to work, but the raw material is there and their love of this repertoire is evident.

It is a decade since The Royal Danes came to London – it was a joy to see them again, and it is to be hoped that they will not leave it so long before the next visit; Bournonville is rarely performed in the UK and, with the likelihood of The Royal Ballet reviving La Sylphide being incredibly small, the capital will have to hope that Queensland Ballet’s performances of that ballet at the London Coliseum in August will tide us over.