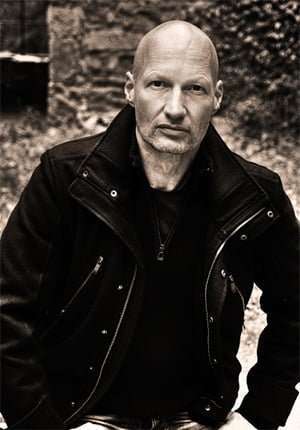 This was the first time I had heard the German baritone Roman Trekel in London – surprising, since he’s an acclaimed Wagner singer, his Wolfram at Bayreuth was wonderful. His Wigmore Hall programme was an enticing progress through German Lieder focussed on love, culminating in an oddity – Richard Strauss’s Four Last Songs sung by a baritone!

For those used to the self-effacing presence of, say, Gerhaher or Goerne, Trekel is super-formal and slightly intimidating. Rake-thin, he accentuated his tallness by wearing a crisply tailored frock coat, wrap-around waistcoat and wing-collared shirt, all in grey. This power-dressing extended into the carefully managed emotional trajectory that defined his performance of Dichterliebe, in which a lover’s barely controlled feelings are scrutinised by his poetic ego. Trekel’s delivery – mainly a puzzled, ‘why-me?’ anguish – left him little room to manoeuvre, with each song an almost operatic distillation of fury, irony, faint hope, withdrawal or dejection. His breath-control and vocal colour are remarkable, with an instability making ‘Die Rose, die Lilie, die Taube, die Sonne’ delirious rather than charmingly enthusiastic, an ear-stretching pianissimo drawing us into the mystery of ‘Wenn ich in deine Augen seh’ and existential fury gushing out of ‘Ich grolle nicht’ in which Malcolm Martineau cleverly covered the not-attempted climactic top note. Trekel found a bleak, washed-out sound for some later settings. His lower voice is warm and lyrical, and moments of full-throttle fortissimo were overwhelming. It was odd seeing a singer use his mouth so sparingly, and Heine’s poetry, you felt, played second fiddle to Trekel’s concept of the cycle. Had I been on the receiving end of such psychotic intensity, I’d have suggested the lover seek help. The songs’ essential fragility and innocence, though, did come across strongly in Martineau’s endlessly flexible accompaniments, that mix of diffidence and confidence that defines Schumann’s music.

Schoenberg and Zemlinsky would have been very different without Wagner the composer, and the poet Richard Dehmel owes a similar debt to Wagner the librettist. Dehmel’s overheated imagery seethes through these gripping songs, including one, ‘Jesus begs’, in which Jesus is explicitly in thrall to Mary Magdalena, out-doing Parsifal. Their vivid expressionism fitted Trekel’s voice and persona like a glove. I do know, however, that I won’t go out of my way again to hear Four Last Songs sung by a baritone, however skilfully accompanied. Strauss’s love affair with the soprano voice was topped by these valedictory settings, the gleaming melismas constantly breaking free from the orchestra. As sung by a baritone, the voice was bogged down by the piano, and lines that were meant to soar just heaved impotently.