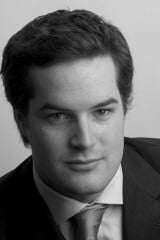 Baritone Ronan Collett is a New Generation Artist for BBC Radio 3 in 2007-2008 and in this BBC Radio 3 Lunchtime Concert he presented a nicely linked programme of songs in three languages.

The Schumann lacked a little freshness, due in part to Christopher Glynn’s use of the sustaining pedal clouding several phrases, particularly in ‘Schöne Wieger meiner Lieden’. That said he placed a nice emphasis on the accompaniment to ‘Es treibt mich hin’, where Collett suspended the line “sie selber, die schönste der schonen Jungfrauen” (“she, the fairest of fair”) to good effect.

The gruffness of ‘Warte, Warte, wilder Schiffsmann’ was well placed, as was the withdrawn, hymn-like ‘Berg und Burgen’ and the upward-looking final song ‘Mit Myrten und Rosen’. Ultimately the pair found an optimistic thread through the songs, though a greater emotional range in the slower music would have helped.

Glynn’s use of the sustaining pedal was ideal in Fauré’s four settings of the poet De Mirmont, three of the sea and one of the moon. This lunar hymn, ‘Diane, Séléné’, is a soft, unhurried lullaby given with beautiful lightness of touch, while ‘Je me suis embarqué’ found a nice swing, propelled by the pianist’s left hand. The closing song felt unresolved, more affirmative in key yet elusive in conviction in its accurate response to the poem.

The brief Fauré cycle provided the ideal lead-off point for the even shorter Warlock grouping of Belloc songs, and here Collett was most impressive. The emptiness of ‘Ha’nacker Mill’ was bleak indeed, with glassy chords from Glynn in support, while the uncoloured monotone with which ‘The Night’ begins was especially moving when Collett lifted the pitch for the line “give me thou repose”.

A more straightforward yet communicative interpretation of Butterworth followed. Here the piano had a couple of odd overtones in ‘Loveliest of Trees’ as the keys were released, but was still dynamically sensitive from Glynn. With clear projection throughout, Collett captured the abandon of ‘Think no more, lad’, and took an endearing, distant voice for the ‘question’ verses of ‘Is My Team Ploughing?’, the ‘answer’ verses authoritative and moving.

The briefly humorous encore was Warlock’s ‘Queen Anne’, “for whom ‘tis said is chiefly famed for being dead”. Collett’s affection for the song raised several smiles.