The Royal Choral Society continued marking its 140th-anniversary season with this superb performance of Verdi’s Requiem. The composer himself conducted the RCS in the British premiere of the work in 1875, and its heart-on-sleeve emotional range and demanding vocal requirements have lost none of their impact from this Rolls Royce of choirs. The 200-or-so singers (rather tenor-light if the choir list is anything to go by) conjured up a wonderfully neutral wall of sound for the opening chorus, then let rip impressively with an excoriating ‘Dies irae’, and their textural retreats and advances in the choruses with soloists, particularly in the anguished ‘Lachrymosa’, allowed them to play the wide-open spaces of the Royal Albert Hall to great effect.

The conductor Richard Cooke, who has been the RCS’s music director since 1998, not only showed an acute awareness of the intricacies of this huge score but also gave its inherent operatic drama an almost liturgical sense of direction – hushed pleas for mercy, the placing of the individual at the disposal of divine judgment in the ‘Dies irae’ sequence, celestial voices from the other side in the ‘Sanctus’ and ‘Agnus Dei’, and a return to the terrors of the unknown to end with. It wasn’t so liturgical, however, that an interval was deemed necessary after the ‘Dies irae’ sequence – the better, I suppose, for bar receipts!

Cooke’s tight speed for a truly agitato ‘Dies irae’ in no way risked attack or ensemble and, even though you will have heard the ‘Sanctus’ taken faster, its choral freshness and virtuosity shone through. I took a while to readjust to the quality of the RAH’s acoustic, but the orchestral colour and detail had plenty of presence, especially from the LPO’s superb woodwinds, including a memorably bleak bassoon solo in “Quid sum miser”, and the trumpets in the “Tuba mirum” worked their spatial magic. Having the lights dimmed so that you couldn’t follow the printed text concentrated the solemnity of the work and the event; it also generated a rash of camera flashes from the noisy, easily distracted audience. 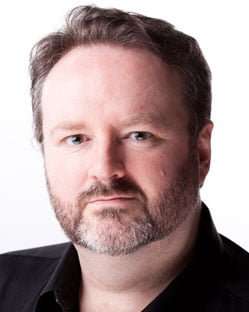 The four soloists bore witness to the consistently high quality of British singers. After the interval, there was an announcement that Mathew Best was battling with a throat infection but would continue anyway (he had no further solos). Perhaps there was a barely perceptible loss of dark richness to his fine bass, but earlier he delivered significant gravitas in “Mors stupebit” and even more so in “Confutatis maledictis”. Starting with a ringing presentation of his credentials in the ‘Kyrie’, Gywn Hughes Jones just got better and better, with a superbly Italianate “Ingemisco”, interleaved with some discreetly placed sobs. What a fine lyric tenor he is. The wonderful Judith Howarth really came into her own later in the work, producing a finely controlled, other-worldly tone in the ‘Libera me’, nailing an exquisitely soft high B flat on the word “requiem” and then soaring to a sensational top C at the end of the fugue, and, in a building where you really get the point of a singer’s vibrato, she delivered a quietly poised, fluidly phrased, perfectly pitched ‘Agnus Dei’ with Julia Riley. You could instantly hear what all the fuss is about Riley – she anchored everything she sang with singular authority, and the quality of her lovely voice and the immediacy of her presence defined her deeply sympathetic musicianship.

On the strength of this Verdi Requiem, I should think that soloists, chorus and orchestra earned themselves years off Purgatory.