Schubert
Symphony No.8 in B minor (Unfinished)
Mahler
Kindertotenlieder
Brahms
Symphony No 2 in D, Op.73 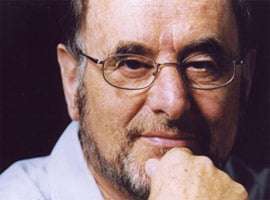 After nearly fifty years at the forefront of ‘historically informed performance’, Sir Roger Norrington returned to his alma mater in the guise of conductor to the Royal College of Music’s symphony orchestra. As one of the world’s leading music conservatoires it was taken for granted that technically the musicians would be first class and they did not disappoint.

Schubert’s ‘Unfinished’ Symphony is a strange piece at the best of times. No one quite knows why the piece was left incomplete though there are a number of hypotheses from writers’ block to a change of musical direction towards more stage-based music (including a number of operas).

The opening is terrifying for even the most seasoned double bass section let alone one as relatively inexperienced as this. The RCM Orchestra’s opening bars were a little over-confident with a nasty portamento between the first two notes. The violins’ semiquaver ostinato swells to the second of the two-bar phrases were a too literal though in the repeat they were less deliberate and so much better. In fact the repeat of the exposition was so much better in many ways with a well-balanced wind and an able string section. 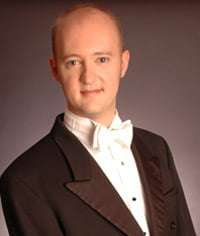 Turning to Mahler’s ‘Songs on the death of Children’ a few cracks began to show; intonation was the culprit, most noticeable in the horn section. Philip Tebb, a student of the Benjamin Britten International Opera School at the RCM, was a more than equal partner to the sympathetic accompaniment that was as detailed a reading as I have ever heard in terms of attention to the composer’s markings. Tebb’s account commendably brought out the song-like qualities that are too often overlooked by soloists that take a more operatic stance.

Brahms’s Second Symphony became forever etched on my psyche after I heard Peter Schickele (of PDQ Bach fame) effortlessly map Stephen Foster’s “Beautiful Dreamer” onto the outline of this Brahms symphony. An enlarged orchestra meant cramped conditions for the performers and Sir Roger wielding a baton for the first time in the evening in order to keep in touch with his forces.

Once again the violins (both sections) stood out so much above everyone else for their commanding strong sound notable in the first movement fugato passage. The wind and brass sections were perfectly good as well, but them strings…

Strangely the first movement was so full of excellent bits it tended to loose its overall shape: a tendency of not being able to see the wood from the trees. The third movement gave the wind a chance to shine and shine they did in a performance that was almost Tchaikovsky-like in Russian verve. A well-executed portamento as the strings returned to the main theme confirmed this movement to be the best and most well thought out of the evening. A good tempo in the finale was set after a brass stutter that seemed to take them by surprise. Indeed the brass, kept on the same level as the strings, was able to play at a natural volume without drowning the rest of the orchestra – overall the balance was superb.

Norrington, conducting without a score, has clearly researched this work in every detail and it showed in the skilful way he drew not-often-heard counter-melodies out of the orchestral mêlée. Conducting an orchestra of musicians that have not grown cynical by performing a piece in a hundred different ways for a hundred different conductors makes it more receptive to Sir Roger’s interpretation; perhaps that is why he keeps coming back.