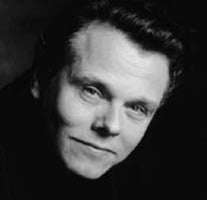 Mariss Jansons and the Royal Concertgebouw Orchestra concluded their three-night stint at Carnegie Hall (the conclusion of their US tour) with a program of music by two composers closely associated with the orchestra’s earliest years. Both Richard Strauss and Gustav Mahler conducted in Amsterdam, Strauss dedicating Ein Heldenleben to the Orchestra and its Chief Conductor from 1895 to 1945 Willem Mengelberg who was also a close compatriot and fierce champion of Mahler’s music, running strongly against European and American public taste and critical disdain.

Don Juan was Strauss’s breakthrough piece, using sophisticated orchestration, dazzling harmony and modulations, and explicit motivic, dramatic writing in the Wagnerian tradition. Jansons led a supercharged, virtuoso reading, with his often-theatrical gestures giving both precise rhythmic and dramatic cues, which underlined both the pointed and subtle tempo-shifts that Jansons employs – sometimes daringly – in large-scale Romantic repertoire, such as elongating the fourth beat of every other bar in the tranquillo ‘love theme’, which lent particular poignancy to oboist Alexei Ogrintchouk’s plaintive playing. The unison, heroic, theme in the horns was breathtaking in its unanimity – but also showed-off the warm sound that Jansons has cultivated. When that theme made its final appearance, Jansons adopted a broad tempo that raised the goose-bump factor even higher, maintaining the thrilling sound through the crescendo and abrupt ending; the atmospheric coda, strewn with shattered pieces of the work’s main themes, suggested more a ghostly expanse than the shudders of death.

While Jansons’s approach to this repertoire may make one leap to the conclusion that he is a throwback to the extrovert maestros of yesteryear, there is no mistaking his mastery of orchestral balance, sophisticated phrasing and the sort of precise execution usually associated with the ‘American sound’ – but without the ‘whip-crack’ or harsh sound. 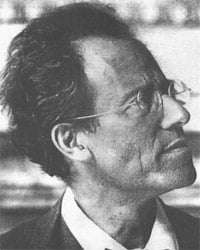 This was even more apparent in his micro-managed approach to Mahler 5, which commenced more with a nod than a cue to the principal trumpet; a strict, funereal martial tempo suggested angst rather than mourning. The woodwind theme that enters about halfway through the movement evoked folk-music of Eastern Europe; Jansons and the orchestra hammered the downbeat of the movement’s final ‘Klagend’ tutti, highlighting the outburst without making it sound exaggerated or screechy.

Jansons used distinct tempo contrasts and balance to delineate the second movement that swings from turbulent to lamenting to manic. One of the quietest moments – a cello theme (with violas entering a few bars later) over a quiet timpani roll – is too-often made perfunctory – was played here with an unexpected sense of mystery and poignancy. In the scherzo, the opening horn theme was played with real jollity; a later episode for pizzicato strings in waltz-style was played in an exaggerated style with a greatly exaggerated ‘anticipated’ second beat – a collision of high-art with music of the street. In the final section, preceding the movement’s rapid-fire ending, the trumpets reined in the ‘brassy’ sound in favor of a warm, euphonious but nonetheless clearly accented sound – another startling touch.

‘Adagietto’ is too often interpreted as ‘Adagissimo’. At the outset of the now-famous “Death in Venice” fourth movement Jansons adopted a tempo about the same as that of Mengelberg (in his landmark 1926 recording), but took the second Fliessender theme at a slower tempo, adding slightly exaggerated sforzandos on the second beat of the theme’s opening two bars that seemed slightly jarring (but may not be completely out of bounds based on the score). The movement contains a myriad of grace-notes; I have never heard them played with such unanimity. With the finale, Jansons drew a huge contrast with the restlessness of the second and third movements, lending a sense of coherence and showcasing the stunning technical control of individual players and sections. The movement took on the guise of a ‘concerto for orchestra abetted by Jansons’s extraordinary control of balances and dynamics. The glorious coda elicited warm sound from the brass evoking sanguine joy rather than manic energy.