Mendelssohn
Violin Concerto in E-minor, Op.64
Tippett
A Child of Our Time

Members of the London Philharmonic Choir and Friends

Members of the London Philharmonic Orchestra and Friends
Edward Gardner 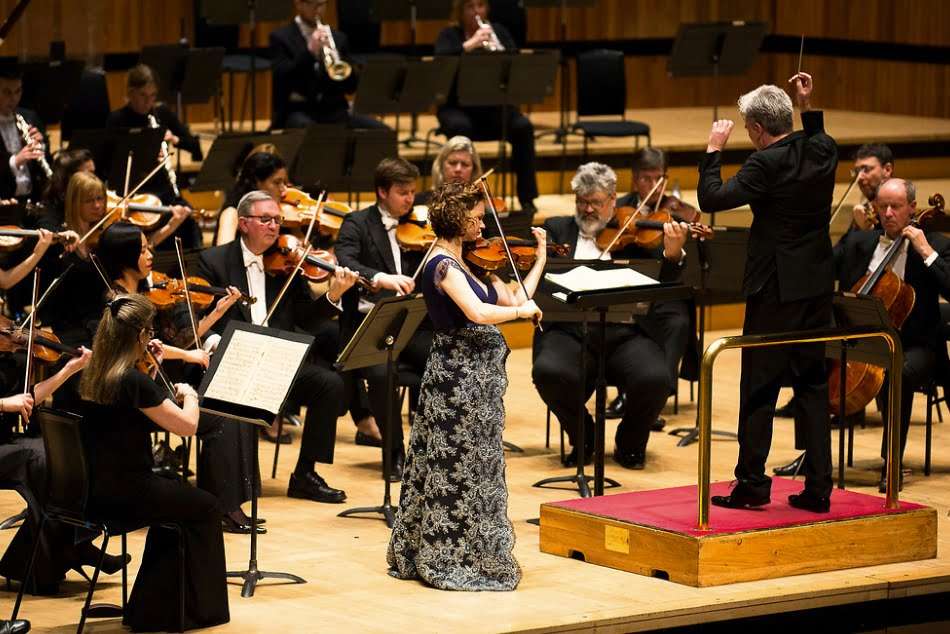 In September 2015, photographs of a three-year-old Syrian refugee, Alan Kurdi, whose body was washed up on a Turkish beach, prompted international anger, despair and a call for action. Alan’s death was a shocking individual tragedy, subsumed within the uncontrollable force of unfolding historical events. For many he was a child of our time.

Michael Tippett’s A Child of Our Time, written during World War Two, also reflects a historical moment and speaks for ‘our time’. Tippett explained that the motivation for the Oratorio was the shooting of a German diplomat in Paris, in 1938, by seventeen-year-old Herschel Grynspan, a German Jew of Polish origins, and the terrible pogrom, Kristellnacht, against the Jews that followed.

At this fundraising concert, Tippett’s impassioned musical account of oppression, injustice, catastrophe, moral growth and reconciliation perfectly embodied the vision, values and mission of the Refugee Council which, since 1951, has provided practical and emotional support to refugees from across the World and tirelessly championed refugee rights, transforming refugees’ lives, holding governments to account and changing public attitudes.

As the charity’s chief executive, Maurice Wren, explained, all of the performers had given their services gratis. Members of the London Philharmonic Orchestra and Choir were joined by instrumentalists and choral singers from London’s musical community. 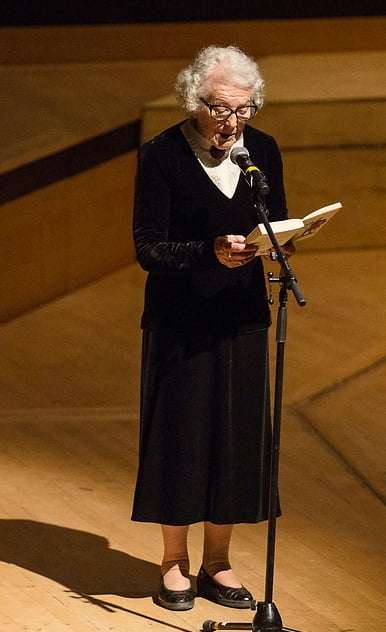 Edward Gardner had a firm grip on the work’s knotty form and language, assembled as it is from disparate musical and extra-musical material, and brought narration, description and drama together with coherence and persuasiveness. He skilfully built up the layers in the contemplative choruses (such as Part Three’s “The cold deepens”) while generating huge, compelling energy fields in the dramatic ensembles such as the bristling ‘Double Chorus of Persecutors and Persecuted’.

The varied instrumental textures were subtly delineated. At the start, as the “world turns on its dark side”, the sombre hues of bass strings and trombones conjured the text’s fearful image, while the lucid imitation of flutes and cor anglais in the ‘Praeludium’ in Part Three established a reflective stillness before waves of sound surged above a pounding ostinato sweeping us towards the final Spiritual, ‘Deep river, my home is over Jordan’.

Tippett’s integration of five Negro Spirituals was a stroke of luck – by chance, he happened upon ‘Steal away’ on the radio – and also genius. And, Gardner’s articulation of the seamless transition between recitative, aria, chorus and Spiritual contributed enormously to the expressive naturalness of this performance. At the close of Sophie Bevan’s Part One aria, the transference from soloist, to flute, to choral sopranos was utterly magical. The RFH shook with the resonant anger of ‘Go down, Moses’, and the power of such direct imperatives were equalled in other choruses by a rippling contrapuntal energy, although the complex inner imitations of ‘Nobody knows’, an anguished whisper, were more of a struggle to control.

Presenting the initial ‘Argument’, Alice Coote displayed customary lyric power and while her mezzo glimmered with emotional richness, her control of phrase structure communicated a quasi-spiritual stillness: the alto soloist is the ‘soul’ of the World. Bevan’s pure, soaring soprano reached out with wonderfully contemplative lyricism, assuming a dramatic colour when questioning of the situation, “How can I cherish … How shall I feed my children?”. In the Part Two scena, her repeated oration, “Oh my son”, conveyed a terrible personal loss. There were some moments when more clearly defined diction might have been desired: for, even though Tippett’s idiosyncratic, allusive text – a patchwork, rather than an amalgam, of Eliot, Owen, Jung and Goethe among others – can seem almost adolescent in its earnest naivety, it does embody a deep sincerity and we need to hear his words.

Toby Spence conjured the spirit of Wilfred Owen’s “pity” in his Part One ‘The Boy’, but elsewhere his voice lacked the necessary declamation and rhetorical power. Singing almost entirely from memory, Brindley Sherratt imbued his Baroque-influenced parlando with telling gravitas and engaged in magisterial dialogue with the chorus in ‘Go down, Moses’. Every word was crystal-clear: as Sherratt’s deep, focused bass reverberated, phrases such as “They took a terrible vengeance” and “The words of wisdom are these” made my spine tingle.

The two halves of the concert were prefaced by spoken presentations: at the start, Judith Kerr read an extract from her semi-autobiographical account of a young Jewish girl and her family escaping the Nazis, When Hitler Stole Pink Rabbit, and after the interval we heard the inspiring words of Sabrin Suleiman, herself an Eritrean refugee who arrived in the UK in 2014 and who is now one of the Young Leaders of the Refugee Council’s Youth Development Project. Such tales, and the Negro Spirituals, give a voice to oppressed minorities and are rooted in historical specificity but resonate with universal relevance. They offer explanation and a hope which is crystallised in the words of the preface to Tippett’s score, “the darkness declares the glory of light”.

The evening had begun with Mendelssohn’s (second) Violin Concerto, a work which evinces the freshness, impetuousness and vitality of youth. Hilary Hahn offered a surprisingly reflective, ‘mature’ interpretation, technically pristine and unwaveringly assured but at times a little inflexible. 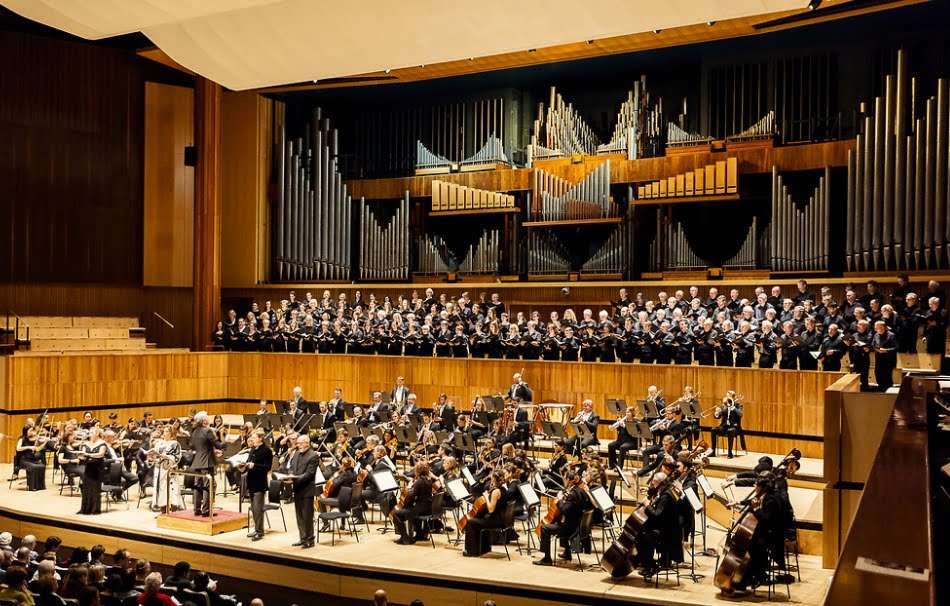 The tempo of the Allegro molto appassionato was on the slower side of the spectrum and Hahn, her E-string melody steely and gleaming, prioritised lyricism over drama. One advantage of the reduced size of the string section was that Gardner drew forth some expressive woodwind solos. But, occasionally I missed the weight and darkness of the strings – an mp-mf dynamic prevailed – which can imbue the music with drama, restlessness, and yearning, and the cadenza was more statuesque than is often the case, the architectonic structure more firmly defined. Conversely, the Andante flowed freely, and while the climbing solo theme was powerfully etched, there was little dwelling on the melodic peaks and turns with their aching harmonic enhancement. The Finale was vivace though not necessarily vivacious: Hahn flashed assertively through the virtuosic episodes so assertively that there was little sense of the giddy high-spirits that surge through the movement, although the burbling clarinets did their best to inject some joie de vivre. The relaxed lyricism of the second theme, played by violas, cellos and horns, made one wish the strings had been given a freer rein throughout.

Gardner followed Hahn meticulously and his handling of the seamless progression of the three movements confirmed a sure appreciation of Mendelssohn’s Classical balance and coherence. This was a refined performance characterised by Hahn’s self-possession and mastery, but which lacked the spontaneity and urgency of youth.