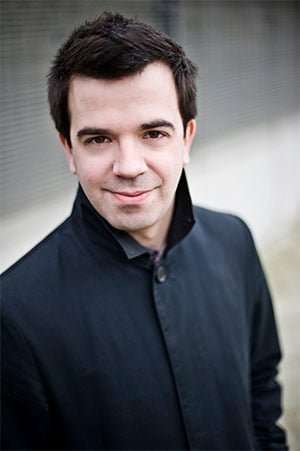 ‘Out of town’ concerts (those not in London or the nearest city with a professional orchestra) are given frequently by a number of established major orchestras, the programmes presented tending to be chosen from what is termed standard repertoire – popular orchestral items, concertos and symphonies of which the public seemingly never tires of hearing. Die-hard critics almost never go to such events – the music is too familiar and public transport journeys from town do not always mean a return home that evening at a reasonable hour.

But four things drew me to this concert: the first was the chance of hearing John Lill in Beethoven 3, during his 70th-birthday ‘tour’ with the RPO (all credit to the orchestra, and to its management, for facilitating this); secondly, I first heard Rory Macdonald over the air some time ago in a Beethoven Symphony, which impressed me so much I pulled over to the side of the road to hear the work through to the end on my car radio. Thirdly, Aylesbury is only an hour from London by train, and the new Chiltern Railways rolling stock is worth anyone’s journeying, and, last, I had never visited the Waterside Theatre, conveniently only a five-minute stroll from the station.

So here we were: efficient box-office, nice building, a ‘full house’ of genuine music-lovers (the majority, rather sadly, of a certain age), and a somewhat under-staffed RPO (just three double basses, seven cellos – you know the sort of thing – but the rest of the string sections were suitably strengthened; in view of the size of the stage at the Waterside, and the acoustic therein, the orchestral presence was ideal – the sound certainly did not seem at all cramped). And you could hear everything.

So we began with Mendelssohn’s Hebrides, and within a few pages it was clear that a real conductor was in charge, delivering a performance of no little integrity and finesse – intelligent, sensitive, beautifully shaped and very well played by an orchestra whose qualities are not as fully or as widely appreciated as they might be. This fine reading was the perfect start. 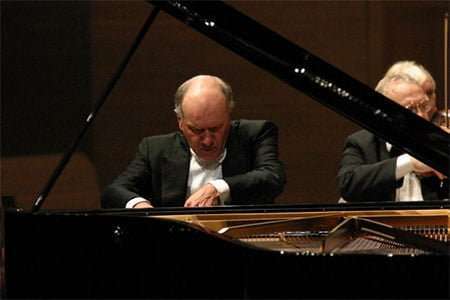 During the scene-shifting necessary for the Concerto, the appearance of the standard Yamaha did not bode too well for John Lill: but how wrong one can be! Lill is without question one of the greatest Beethoven pianists at the present time; his reading of this eternal masterpiece was complete. The range of tone colour he drew from the instrument and his dynamic graduation were exceptional – his passage-work and scalic runs had one holding one’s breath for fear of breaking the spell. His artistry, transmuted in the exordium of the slow movement such as to compel each one in the audience, and every member of the orchestra, to follow every phrase – Lill knew where each bar was going, and why, showing us the way in truly exemplary fashion. Macdonald and the RPO were on top form in this performance, too – if this is ‘out-of-town’ concert-giving, then the burghers of Buckinghamshire have much to be thankful for.

The Symphony was less convincing. I don’t know how often Macdonald has conducted Dvořák’s ‘New World’, but his view of it needs deepening: the main tempo of the first movement was way too fast, reducing much of the music to that of a slick finale, with the inevitable and unnecessary slowing-down for the second subject; the slow movement’s tempos were much better, but not as coherently organic as they could be. Tempo relationships in the scherzo were also disconcerting, and it was only the last movement that approached a fully convincing reading. Overall, the element of one eye on the clock, hoping to catch the 9.35 back to Marylebone, more than once entered my thoughts.

But this man can conduct – have no doubt about that – as the Mendelssohn demonstrated; the only other thing he needs is a set of white tie and tails – he was the only man on the platform not so attired: an open-neck shirt, with a lounge suit, is not really what is required, out-of-town on a late May evening or not.