On the basis of this concert, and on other recent events I have reported for Classical Source, I ought to ask the editor to buy my lottery tickets, for this proved to be, in more ways than one, a memorable evening for all the right reasons. It showed – for those with ears to hear – that the Royal Philharmonic Orchestra is, under very good conductors, capable of the highest standards of performance.

Paul Daniel was in charge – always a good sign – and the programme clearly proved, with the large audience attracted by it, that there is a demand for English music. A fine account of The Wasps Overture, full of character and unfailingly musical throughout, opened proceedings, tempos judged to a nicety. Laura van der Heijden won the BBC Young Musician of the Year a few months ago by giving a terrific performance of Walton’s Cello Concerto: the one she gave on this occasion surpassed it for virtuosity, understanding, musical integrity and overall grasp of every aspect of this (now) widely accepted masterpiece.

I put (now) in brackets for I can remember the British premiere of this work at the Royal Festival Hall, by Gregor Piatigorsky with Sir Malcolm Sargent conducting, 55 years ago, and the rather toffee-nosed reception accorded the score by many in the press. But over the years our familiarity, and therefore our understanding, of the work has grown to the point where I, for one, regard it as fully the equal of Walton’s other concertos, a truly indestructible work, subtle and quite original in expression. 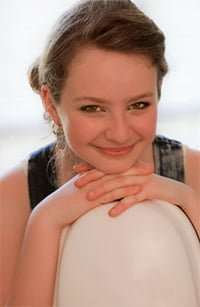 Hearing Laura van der Heijden’s inspired and inspiring performance proved the quality of Walton’s invention and his compositional artistry time and again: every phrase, every paragraph in the solo part was perfectly projected with true feeling and character, not only on its own terms but also in the part it plays in the work’s overall structure. Hers was an account of the highest musical instinct and integrity, and the occasional glance at the RPO’s cello section during the performance revealed that almost all of them also knew every note, even when they were not playing, their interest heightened by their outstandingly gifted young soloist. And she is only 15 years old! Laura van der Heijden deserves the finest of instruments, for on this showing she is not the Young Musician of the Year, but of the Decade. 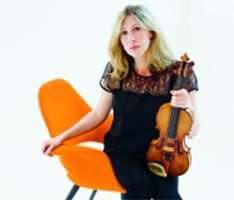 One might cavil that the orchestral balance, internally as well as vis-à-vis the soloist, was at times a shade, but no more than that, overpowering. But Laura van der Heijden was not the only soloist: Clio Gould, one of the finest British violinists of recent years and the much-admired leader of the RPO, was the soloist in a very rare performance of Holst’s only work for violin and orchestra – A Song of the Night, dating from 1905 – the same year as Mahler’s Seventh Symphony (which sometimes is called ‘Song of the Night’ – and ten years before Szymanowski wrote his Song of the Night, Third Symphony: any extra-musical connexions there?).

The Holst was not first-performed until 1984. I was immediately struck then by its quality, manifestly not deserving the neglect which had befallen it; but the reasons for its relative rarity are not hard to seek: at around ten minutes or so, it is too short (these days) for orchestral programming, but more importantly there are no memorable tunes – such as we find in The Planets, Beni Mora, St Paul’s Suite, the military band Suites and The Perfect Fool. Nonetheless, it was good to hear it, especially with such a fine and committed account as Gould gave, excellently partnered.

Before Enigma Variations, we had a delightful interlude in the shape of the presentation by Paul Daniel of The Salomon Prize 2012, awarded by the Royal Philharmonic Society and the Association of British Orchestras, to the RPO’s co-principal double-bass, Roy Benson, who, as the citation began, “For over thirty years … has given unstinting service to the Royal Philharmonic Orchestra and his fellow colleagues.” This fine and unassuming musician – who once cycled from Land’s End to John O’Groats in aid of the RPO’s sickness and benevolent fund – certainly was a more than worthy recipient.

After all this excitement, one might have forgiven conductor and orchestra for handing us a routine account of the Elgar – but far from it: this was a truly fine performance, a real performance, in that Daniel at no time skated over the surface. His was never a reading to emulate greatly-loved recordings, for his pauses between Variations were occasionally quite lengthy, as if asking his audience to pause and reflect on what had gone before and to prepare for what was to come; at no time did this detract from the work’s overall unity, and the RPO responded magnificently, especially in the very moving ‘Nimrod’ and the personal subtleties of ‘*** Romanza’ (Variation XIII), quite magically conveyed. A quite excellent concert all round – now, Mr Editor, when’s the next one?