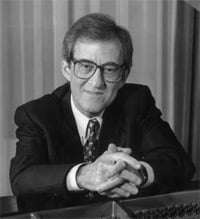 Sequeira Costa was born in Portugal in 1929, and is the only surviving pupil of his first teacher and mentor, José Vianna da Motta, who was the last pupil of Franz Liszt. So Costa forms an indirect link with the towering genius of the Hungarian master. Shostakovich invited Costa to sit on the Jury of the first Tchaikovsky Competition. He continues to adjudicate, tour, give masterclasses, teach, and record for the Claudio label. But it would also be true to say that he is hardly a household name. The concert he gave at Pioneer Hall was his third in as many days and he had to put up with an inadequate Kawai baby grand (the Hall seats only one-hundred people) that was slightly flat in the penultimate right-hand octave. And while the link with Liszt is interesting, it means nothing if the playing isn’t up to international standard.

In the Chopin first half, all was not well. In the Fantasy, the themes and sections were effortlessly integrated, tempo changes were kept to a minimum, yet in the third section the music remained earthbound and there was a sense of strain behind every bar. In the Ballade, the first subject was at first beautifully judged with a tolling left-hand, but the playing then seemed to become rather soulless and effortful, there were some awkward gaps and breaks in the line and the coda was under-powered. Costa played the Berceuse very beautifully, with superb dynamic variation and natural rubato, the final bars exquisite. And yet even more delicacy of touch was needed. It’s difficult to say how much of this was down to the instrument and how much to Costa being tired. At the start of the Barcarolle the dynamic range was restrained, the phrasing gentle, the tempo relaxed, and the increase in speed for the central section not excessive. But here the performance became rather staid. The Tarantelle was taken at a fast tempo, but the dance element was underplayed and the piece became something of an exercise.

After the interval everything changed. From the opening bars of the Debussy Suite bergamasque it was obvious that here was a great pianist drawing incredible sounds from a sub-standard instrument. The ‘Prelude’ was delivered with exquisite touch, the phrasing relaxed and the slight pause before the last chord was superbly judged. In an ideal world the Menuet would have danced more, but here the sound belonged to a different era. This was aural crushed-velvet, delivered with total command of pedals, inflection and shading. Solomon and Schnabel and the entire school of southern European pianists of the first half of the last century would have recognised this sound and how it was produced. ‘Clair de lune’ was very slow, yet even on an inferior piano the effect was mesmerising. This was great Debussy-playing, so too Reflets dans l’eau in which the glacial tone used to highlight the arpeggios was particularly distinctive. Ravel’s Jeux d’eau flowed effortlessly (the hesitancy of the first half now completely gone), the big climax tremendously powerful, and the shimmering crystalline tone used in its wake was, again, exceptional.

The phrasing at the beginning of Liszt’s Au bord d’une source was too angular, but as the piece progressed it became obvious that the music of Ravel and Debussy was impossible without Liszt and Costa’s sparing use of the sustaining pedal, stressed downbeats and very clearly textured chords emphasised the similarities. And then came the best performance of St. Francis of Paola walking on the waves I have ever heard. The opening was heavily pedalled, the arpeggios very evenly voiced (quite a feat on a baby grand) and there was a sense of spirituality and nobility. In the huge extended climax that forms the central section of the work, Costa’s right-hand was massively assertive, the sound produced huge and completely lacking in harshness, but each note was clearly audible. In the coda the left-hand tolled expressively and the trilling was ethereal. There was an encore, an Intermezzo by Brahms that was pure poetry. One can only reflect that one of the major recording companies should have signed Sequeira Costa up years ago and that the musical world has somehow allowed a major talent to slip through its fingers.