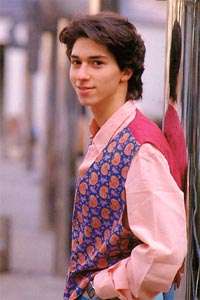 You could easily be fooled by Sergio Tiempo’s glamorously puppyish good looks and ‘sweet bloke’ stage manner into thinking that this Venezuelan pianist is a young firecracker of a virtuoso. In fact, he’s 40 next year and slap-bang in the middle of his career, with some fine recordings (notably his EMI disc including Ravel‘s Gaspard de la nuit) under his belt. He’s played twice in London before – a Wigmore Hall Coffee Concert in 2009 and a BBC Lunchtime at St Luke’s last year – but this was his first big London recital and was full to capacity with adoring fans. Commentators have understandably rhapsodised over his control of colour, which is indeed remarkable, especially when attached to a solid, formidable, rather old-fashioned technique, but certain mannerisms noticeable from his Chopin programme for St Luke’s were out in force at the QEH.

Liszt’s Three Petrarch Sonnets gave Tiempo’s colouristic tendencies full rein, and we were in no doubt that this was young man’s music in the hands of a, well, youngish performer. It was undeniably rapt and seraphic, the Liszt shtick of transferring a middle-register tune up an octave magically achieved. You could almost be forgiven, even in these ultra-romantic, Byronic ruminations, for becoming aware of being delighted a bit too often by Tiempo’s retreats into a bleached-out, vaporised sound, and for being a bit less thrilled by a few smudges and some twanging pedal releases.

So that we wouldn’t miss the programme’s fantasy point or break the mood of muted poetry, Tiempo moved without a break into the ‘Moonlight’ Sonata, with, tempo-wise, an okay first movement that gave the music’s three layers their pallid exposure, and without extremes of twiddling with the volume control. The little Minuet fared less well, with a ludicrously monumental reading of the Trio, and the finale, frankly, was a bit of a car-crash, impressively but way too fast for Beethoven’s rhythmic incisiveness, with contrasts too blurred and, as if to cover a noticeable mistake towards the end, an extremely mannered and overwrought cadenza and a crudely thunderous coda.

The six (not the advertised five) Chopin Studies were also pretty extreme – dazzlingly fast (the first of Opus 10) to mournful operatic melody, although the seventh of Opus 25 was yanked about all over the place, with tune and accompaniment dislocated to the nth degree, and with inner voices self-consciously but unconnectedly brought out. The ‘Revolutionary’ was, again, ferociously brilliant, and the last of the Opus 25 set gave the Steinway the sort of thrashing that did instrument and Chopin no favours. This sort of medley of studies is all right, I suppose, but Tiempo not only took them out of context, he also misjudged and exaggerated their scale and qualities, but without yielding a more valid appreciation. It was all a bit depressing and more than a bit wayward.

But then, after the interval, came an astonishingly secure, emotionally accurate Gaspard de la nuit, and you could hear what all the fuss over this mercurial protégé of Martha Argerich is about. A beautifully graded and detached overview of ‘Ondine’, with some miraculously feathery decoration (so feathery, indeed, that you were not sure every note sounded), a reading of ‘Le Gibet’ that absolutely got the point of the music’s pull between stasis and motion, and a ‘Scarbo’ not just of jaw-dropping virtuosity but also of great insight – the dwarf’s character, his ugly face, the hint of the beauty in the beast, all were transforming in their realisation.

The Liszt Consolation lowered the temperature (it was far too warm in the Hall anyway), allowed us to hear the clarity of Tiempo’s song-like middle register and reassured us that he can play things straight. And then, topping even the Ravel, an incandescent, thrilling Mephisto Waltz, not so much an interpretation as an inhabiting of the music in all its swooning brilliance and eroticism, the sort of thoroughbred performance that would justify the work being banned when it first appeared. There was a fair amount of swooning from many in the audience, who spontaneously combusted into a standing ovation, and were gently let down by a Chopin nocturne.