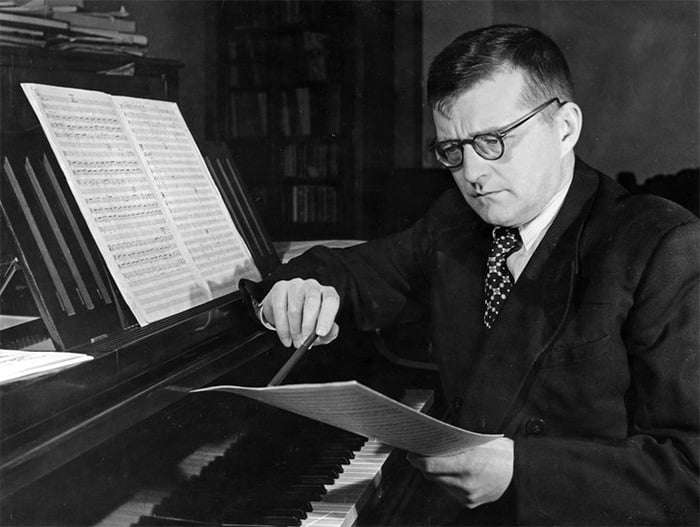 As part of Southbank Centre’s International Chamber Music Series, and also the year-long Belief and Beyond Belief festival, Steven Osborne, James Ehnes and Alban Gerhardt played Shostakovich, and then Jean Johnson (Osborne’s wife) joined for Messiaen’s Quartet for the End of Time.

The spectral opening of the Shostakovich (1944) set the atmosphere for an outstanding evening of music-making within this venue’s lofty splendour. Gerhardt’s eerie harmonics possessed a powerful expressive quality, and as the other musicians entered, Ehnes first, a remarkable journey – bleak, sardonic, profoundly human – commenced. This is music written in the shadow of war and loss; a pupil of the composer’s had been killed in the fighting at Leningrad and his closest friend, music scholar Ivan Sollertinsky, died in suspicious circumstances.

Osborne, Ehnes and Gerhardt brought out every nuance of emotion contained in the opening Andante – the violin line was hauntingly beautiful, Ehnes’s warm tone providing a foil to Osborne’s mineral, percussive piano – from a ghastly serenity to the dark humour which emerges and continues into the Scherzo. The string duet in the Largo was almost unbearably moving: Ehnes and Gerhardt at-one. As the Jewish themes transformed into the danse macabre of the final Allegretto, the full power of this masterwork was unleashed if then sublimated to a qualified peace. This was a fascinating performance by three virtuosos, lending and sharing a profound range of emotions.

The Messiaen made for a complementary and intense pairing, composed when he was interned in a German prisoner-of-war camp and first-performed there in 1941. Harmonics and highest-register strings underpin the clarinet-birdsong in the first-movement, ‘Liturgie de cristal’, with bell-like chords from Osborne providing an ethereal framework leading to the ‘Vocalise’ second. ‘Abîme des oiseau’ was immaculately performed by Johnson, but lacked the mystery that Gerhardt and Ehnes brought to their heart-stopping duets with Osborne. The ‘Intermède’ and ‘Danse de la fureur, pour les sept trompettes’ movements hinted at the madness beneath the surface of dance forms, and, in between, Gerhardt exemplified the melancholy spirituality of the whole piece in a magisterial account of ‘Louange à l’Éternité de Jésus’. The balancing final movement, ‘Louange à l’immortalité de Jésus’, for violin and piano (Osborne’s delicacy matchless), increased the exquisite pain of Messiaen’s message to a point of extended silence. A recording must follow.